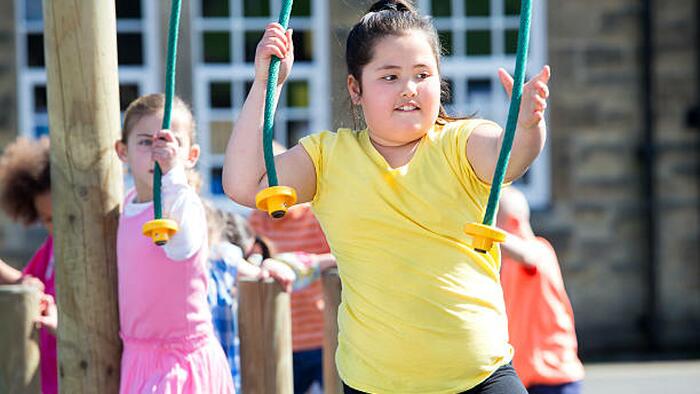 
Researchers from the University of Georgia (UGA) find a whopping 75% of teens aren’t getting enough exercise and suggest it may have to do with students’ school environment.

“The length of recess, physical facilities and social environments at schools have been found to affect physical activity among students,” lead study author Janani R. Thapa, an associate professor of health policy and management at UGA’s College of Public Health, told the university’s newspaper.

Researchers also found female students experienced less physical activity than their male counterparts. Only 35% were active compared to 57% of males. And physical activity decreased from ninth grade to 12th grade for both genders.

“Over time, the state has observed declining levels of physical activity among all adolescents, but the rate is higher among female middle and high school students,” Thapa said.

Thapa pointed out students of both genders were more physically active when the school climate was more positive. She concluded by saying the findings suggest that K-12 schools should consider ways to improve a school’s environment to bolster physical activity among teens.

The latest study is just more evidence that America’s severe youth obesity epidemic shows no signs of abating. Western values and megacorporations have pushed junk food, smartphone, and video game addictions into the lives of young people, have made them not just unhealthy but lack any motivation to step outside of their parent’s basements and play a pick-up game of basketball or baseball with friends or explore the great outdoors. Kids are obsessed with unhealthy eating trends, watching TikTok videos, and playing violent video games—no wonder a mental health crisis has emerged among the youth.

Also, the intense focus by the federal government on reducing childhood obesity has failed. Remember former first lady Michelle Obama’s “Let’s Move” campaign — well, that quickly died. The situation didn’t improve when President Trump served McDonald’s Big Macs to the Clemson Tigers when they visited the White House in 2019. And who really knows what the Biden administration is up to — they’re more concerned about gender identity than physical fitness.

And why are overweight youth such a bid deal? The alarming rates could be considered a national security threat as it threatens military readiness — can’t fight a war with a bunch of obese teens fresh out of high school.

Biden should lay off the ice cream and learn how to ride a bike to show America’s youth he’s serious about “building back better.”