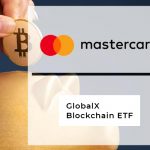 Apart from directly buying crypto, investing in a blockchain stock would give you good return opportunities

Payment processing giant Mastercard has grown tremendously for several years as the trend toward a cashless economy has led to increasing volumes of debit and credit card transactions. Blockchain technology has the potential to transform the cashless payment space, particularly when it comes to cross-border money transfers, which have historically been slow and costly. Mastercard announced a partnership with blockchain technology company R3 to develop a new cross-border payment system, which could ultimately give the company a major competitive advantage in the industry by eliminating major obstacles to sending money internationally. Mastercard also recently accelerated its Crypto Card partner program, joining several leading Asia-Pacific cryptocurrency companies to launch crypto-funded Mastercard payment cards. Its current blockchain stock price is US$316.76, 0.19% up from the previous close.

Maybe the best way for you to invest in blockchain technology isn’t through a single stock. The GlobalX Blockchain ETF was formed in mid-2021 and is designed to allow investors to gain exposure to an entire basket of blockchain stocks with a single investment. The GlobalX Blockchain ETF has an expense ratio (annual investment fee) of 0.50% of assets, which is reasonable for a targeted fund. It invests in 25 different companies, including several we discussed earlier, as well as some that aren’t directly listed on U.S. stock exchanges. Its current blockchain stock price is US$5.99, 4.17% up from the previous close.

The post Mastercard vs GlobalX Blockchain ETF: Best Blockchain Stock to look for in 2022 appeared first on .