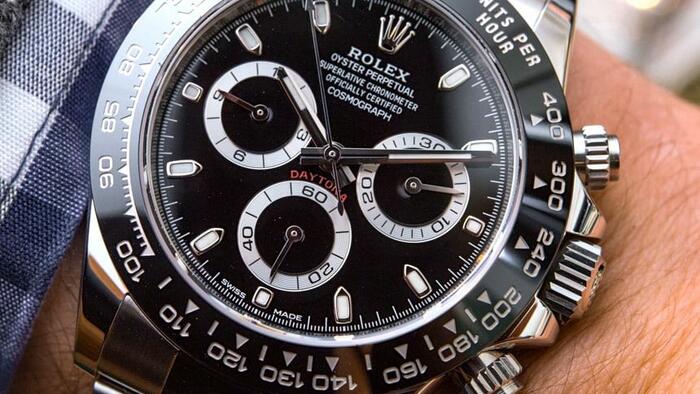 
The bull market in second-hand luxury watches is cooling as collectors who bought Rolex timepieces are cashing out after ridiculous gains over the last two years.

The Subdial50 index, an index tracking the top 50 most traded second-hand luxury watches on the pre-owned market, slumped nearly 19% since the peak in mid-March and is down 6% in the past 30 days. Compared to vintage cars, stocks, gold, and crypto, luxury watches have held their value over the last 12 months, still up 31.5%.

Subdial50 index’s second top weight includes a black-dial Rolex Daytona reference 116500LN has lost 10% in a month, though still up 19% over the year. Here are the performance metrics of the top ten timepieces in the index:

“In certain models, there has been this big run-up, and they have come back down to a probably a more sensible price where the true underlying demand was,” Ross Crane, a Subdial co-founder and data scientist who created the index, told Bloomberg.

Demand for vintage watches appears to wane after the S&P 500 is set to record the worst first half since 1970 amid a hawkish Federal Reserve attempting to tame the hottest inflation in four decades. The Fed missed the window to increase interest rates and is now panic-rushing oversized rate hikes that could tilt the economy into a recession.

Rolex, Patek Philippe, and Audemars Piguet watches still hold value, unlike financial assets such as stocks and bonds, a miserable start of the year for the risk parity crowd. In periods of high inflation and slowing economic growth, owning physical assets such as fancy timepieces, vintage cars, art, wine, and land has been one way to protect wealth against persistent high inflation.