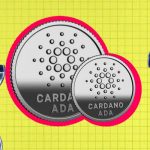 What is the Vasil upgrade?

Cardano announced that the cryptocurrency company has started working on the up-gradation of the blockchain network to keep the whole system updated to keep the bugs away. The Vasil upgrade was highly expected to improve the blockchain network. But the launch got delayed due to the entry of bugs and other issues. Cardano has ensured the launch as soon as possible to solve the issues and release for crypto investors.

One of the updates of the Cardano blockchain network is known as the Vasil hard fork for the mathematician called Vasil Dabov. The launch of the Vasil upgrade will transform the current era of the blockchain network into the new level known as the Basho era. The main priority of the Cardano management is to focus on the security of the system to eradicate potential issues of bugs.

The reason for the delay of the Vasil hard fork

The up-gradation of the Vasil hard fork has been attacked with non-severe seven bugs in the system. But the Cardano management needs to solve the issues of these bugs for the betterment of the system. Crypto investors need to wait for the launch of the Vasil upgrade in late July 2022 because they want to roll out the best up-gradation. Hard fork tends to be a network upgrade that observes blockchain validating as well as producing new blocks with fresh rules compatible with the existing ones.

The main aim now is to remove any critical issue in testing while conducting benchmarking tests for the software. After the announcement of the Vasil upgrade delay, Cardano faced a hit in its price— a decline of 7% in the already volatile cryptocurrency market. The Vasil hard fork is highly important for Cardano since the integration of smart contract functionalities in September 2021.

The Vasil hard fork ensures to accelerate the efficacy, scalability, and efficiency of the Cardano blockchain network. Thus, the management needs to launch it after eradicating seven bugs in late July. It will allow four weeks for cryptocurrency exchanges and SPOs for the trial period.

The post Cardano’s Much-Expected Vasil Upgrade is Delayed, Thanks to Seven Bugs appeared first on .

Less than 1% of all holders have 90% of the voting power in DAOs: report