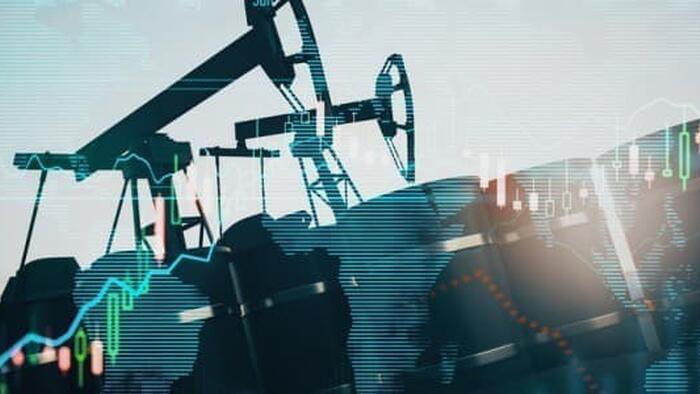 
Authored by Kurt Cobb via OilPrice.com,

The U.S. oil and natural gas industry long fought for and in the last decade finally won release from federal restrictions that limited exports. The ostensible reason was that because of the so-called “shale revolution” in the country’s oil and gas fields, the United States would have plenty of oil and gas to spare for export.

The real reason behind the push was that the oil and gas industry wanted what almost every other industry in America already had: The right to sell their products to the highest bidders no matter where they lived on the globe.

This made it almost certain that as U.S. prices rose to match world prices, U.S. consumers would feel the pain. And, since energy prices affect everyone who votes, they are always politically consequential.

So, it is unsurprising that with U.S. regular gasoline prices over $5 per gallon President Joe Biden lashed out at U.S. oil companies – which are having one of their best years even – saying they need to increase production of refined oil products. The companies have responded that their refineries are running at close to maximum capacity and so there is not much they can do in the short run.

What is left unsaid is that it has long been the policy of the United States to allow the export of refined (as opposed to crude) petroleum products such as gasoline, diesel, and heating oil. The country has a refinery capacity significantly in excess of domestic needs and so exports a considerable volume of refined products including about 1 million barrels per day (mbpd) of gasoline and 1.4 mbpd of diesel and heating oil (for the week ending June 10). If the U.S. were to curtail such exports in order to reduce prices at home, the country would be violating long-term commitments to free trade and free markets, and would be reducing supply and thus raising prices for customers abroad.

The boom in U.S. natural gas exports has also strained U.S. domestic natural gas supplies sending prices from less than $2 per thousand cubic feet (mcf) two years ago to about $7 per mcf today. (That’s down from $9 recently.) That has meant sharply rising costs for residential and industrial heating and for natural gas-based plastics and other chemicals including nitrogen fertilizer derived from natural gas.

The boom in liquefied natural gas (LNG) exports now sends about 11 percent of U.S. natural gas production abroad (based on shipments from January through March 2022). The volume of LNG exports rose by a factor of 50 from  2011 through 2021. (See these numbers from the U.S. Energy Information Administration here and here.)

The world’s free-trade advocates have long insisted that all commodities should circulate freely across the globe going to the highest bidder. These advocates also believed that government policies should not favor or subsidize one industry over another. The idea was crystallized in 1992 by Michael Boskin, chair of the White House Council of Economic Advisors under President George Bush, when Boskin was asked whether the United States should have a policy that encouraged domestic semiconductor production. He is reported to have said, “Potato chips, computer chips—what’s the difference?”

Today, the country is talking about the very same issues. Does the United States need an industrial policy regarding semiconductors? Should the United States curtail oil exports? A debate on natural gas exports is likely to erupt soon.

It turns out that it really does matter whether a country produces potato chips or computer chips. In the wake of the Russia/Ukraine conflict which has resulted in the sudden breakdown and wrenching realignment of the global trading system countries around the world are grappling with shortages of food, fuel, and crucial industrial goods including semiconductors.

If nations increasingly decide that self-sufficiency and affordable domestic prices for exportable goods are more important than so-called free trade, look for many more dustups about whether governments should be more involved in setting industrial policies and determining what can and cannot be exported.