With the US Fed’s 75 basis points , the largest increase since 1994, investors are now factoring in a bigger chance of a recession. This affects all growth companies and various subsectors. For example, there’s Upstart Holdings, Inc. (NASDAQ: UPST), a new fintech that investors may have come to doubt given greater recession fears and the short history of Upstart as a public company (IPO – late 2020). Recent evidence of this was Upstart’s more than 8% share plunge on Thursday, June 16th, without any material news from the company and in wake of the Fed’s rate hike.

In this article, we will use InvestingPro+, as well as take into account the recent macro and company-level changes, to analyze the company and see whether it’s worth buying after this huge drop.

Upstart Holdings, Inc. is a cloud-based artificial intelligence (AI) lending platform that provides consumer loans using non-traditional variables, such as education and employment, to estimate creditworthiness. Its platform aggregates consumer demand for loans and connects it to its network of the company’s AI-enabled bank partners.

Note: All pricing data is as of June 21st closing price. 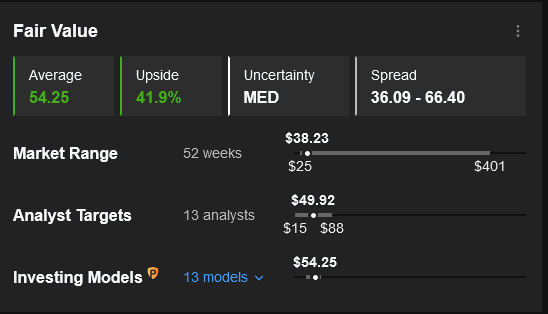 InvestingPro+ also rates the company’s financial health as a 2 out of 5, positioning Upstart Holdings for fair performance. 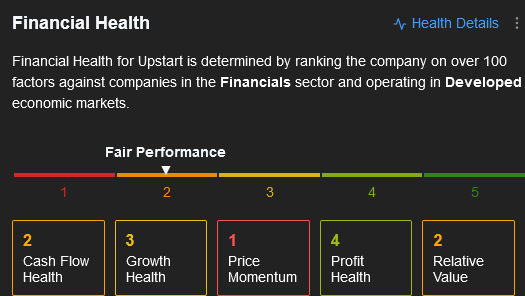 In addition to a somewhat weak financial health score, the Performance vs. Valuation Benchmarks graph shows that Upstart Holdings has the highest PE ratio among its peers. 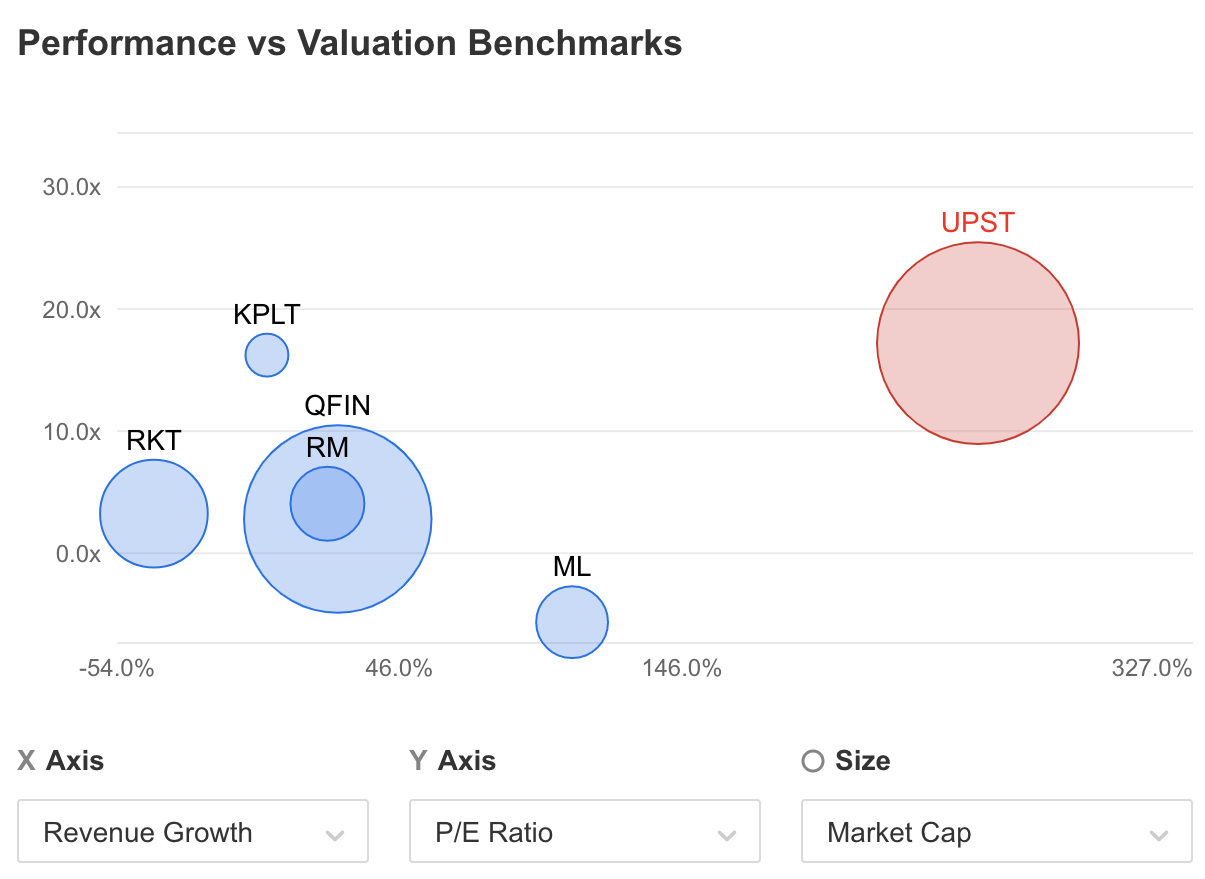 Termination of No-Action Letter. What Does This Mean?

Recently, the company requested termination of its no-action letter (immunizing the company from being charged with fair lending law violations with respect to its underwriting algorithm) from the Consumer Financial Protection Bureau (CFPB), with an intention to add a significant number of new variables to its underwriting and pricing model. What does this mean?

Analysts at Wedbush the company could tighten its credit box even further following this termination. This could lead to incrementally lower originations than guidance had implied, thus putting the company’s guidance at risk.

On the positive side, however, this termination should give the company more flexibility to make real-time changes to its model without needing to get approval.

During its presentation at a conference last week, Upstart’s management said that loss rates increased significantly from October to February, while noting that the rates have remained relatively stable since February. While the borrower’s ability to pay is not much impacted by inflation itself, a jump in the unemployment rate shows a high correlation with loss rates.

Management mentioned that rising investor return expectations and loss rates are putting upward pressure on borrower coupons, which is making it less likely a borrower will accept a loan and also less likely that the company will approve the loan given its APR ranges. The company is also incentivized to increase its take rate in the current environment, which could put pressure on origination volumes.

The company’s cost of funding is high and rising, as evidenced by the latest securitization, which, according to Wedbush analysts, could lead to slowing or declining origination growth. According to the analysts, the company’s value proposition to borrowers is under pressure given it has raised loan pricing by up to 400 bp while credit card rates have increased only 75 bp with the prime rate. This could make Upstart’s loans less compelling to prospective borrowers and lead to slowing or declining origination growth.

Upstart Not Cheap Enough Given The Challenges

Given the above-mentioned challenges the company is facing, such as risks of tightening the credit box further, increased loss rates, declining origination growth, as well as the weak financial health score according to InvestingPro+, and high PE ratio, we don’t recommend buying the stock now.

While Pro+ suggests that there is some inherent value in the company (30.6% upside potential based on analysts’ targets and 41.9% upside potential based on InvestingPro+ models), we believe it’s a tricky time to enter the stock, given the above-mentioned challenges. Thus, it might be time to wait on the stock until more clarity is reached during the company’s upcoming earnings report on Aug 8.

Disclaimer: I have no positions in Upstart Holdings Inc (NASDAQ:) or any stocks mentioned.

Euro Scopes ECB Forum as Risk Appetite Takes a Hit. Where to for EUR/USD?