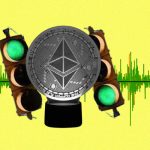 Bitcoin and Ethereum, the two most powerful cryptocurrencies in the world have plunged by over 40% in the past couple of months. Recently Bitcoin dipped below US$20k, dragging Ethereum’s price down to US$900, which is its lowest since January 2021. With continued inflation, changing monetary regulations, and falling values of the S&P 500 stocks, it is quite evident that the investment community is in immense turmoil, the falling value of the crypto market is an added illness that does not seem will cure so soon. Ethereum has undergone weeks of bearish price movements after which almost all altcoins fell below investors’ expectations. Nevertheless, the ETH token is still in a far better position than Bitcoin. Even though bears are in control of the market, Ethereum seems to be undertaking Bitcoin. As the Bitcoin price is having a hard time recovering from its fall below the US$20k, Ethereum has already grown by almost 11% just within a couple of days. Maybe predictions about how ETH might become the new crypto king are about to become true!

According to coinmarketcap, the Ethereum price dropped to US$800 on June 19, but gradually it rose to around US$990, later the same day. Currently, at the time of writing this article, Ether is trading at around US$1079.81. Coming to Bitcoin, the crypto fell below US$18,000 and for a brief moment was revolving around US$17,000. Currently, it might seem like Bitcoin is recovering from its drastic fall, but its recovery has been extremely slow. At the time of writing its article, BTC is priced at US$20,000. For the past several days, the crypto has been valued between the US$19k to US$20 range. These price movements surely indicate that Ethereum is a stronger competitor than Bitcoin and might soon rise in value, facilitating more profits for ETH users.

How is Ethereum recovering so fast?

Ethereum did lose much of its intrinsic value this week. The value of Ethereum did go down over the past several days, which also led the crypto to lose investors’ trust in it. The media coverage on Ethereum has also not been quite positive since Buterin pushed back the launch of the Ethereum 2.0 upgrade again! But it seems like the investor community might have forgiven Buterin for his steps. The price action for Ethereum has been insanely bearish, but the crypto has been recovering at a pretty rapid pace.

The Ethereum upgrade is nearing its launch and might even entice investors to invest in it. The goal of the upgrade is to make Ethereum more scalable, secure, and sustainable. Besides, the crypto would also make its crypto mining obsolete, which will eventually reduce the massive amounts of energy required to create tokens. Ethereum currently possesses a market cap of US$360 billion, whereas, Bitcoin has acquired a market value of US$804 billion, but experts believe that if Ether continues with its current price movements, it might soon become the leader of the crypto market.

What will happen to Bitcoin?

The future of Bitcoin is quite unpredictable at this point. Academics say that Bitcoin might not last much longer if its price continues to fall this rapidly. Some critics have even joked about BTC’s falling market value and have said that the price of the token might soon fall down to US$0, making cryptocurrencies obsolete as an investment asset. Even though Bitcoin is the underlying technology behind most cryptocurrencies. It is essentially a digital ledger of virtual currency transactions which is distributed across a global network of computers.

Bitcoin’s price recently fell down to US$18,000 from its all-time highs of US$68,000 which makes it one of the most volatile cryptocurrencies in the market. But the competition might yet not be over for BTC because most investors who still believe in BTC’s cause continue to buy the dip. A few days ago, experts estimated that the number of Bitcoin wholesalers has risen to new all-time highs, which indicates that BTC is surely not going to lose its prominence anytime soon.

In a nutshell, it is yet not clear how which cryptocurrency which eventually become the leader of the cryptocurrency market, but it is quite evident that Ethereum’s robust market movements might attract the investors that the market lost within the past few months.

The post Ethereum Signals a Strong Green When Bitcoin is Still Flickering appeared first on .