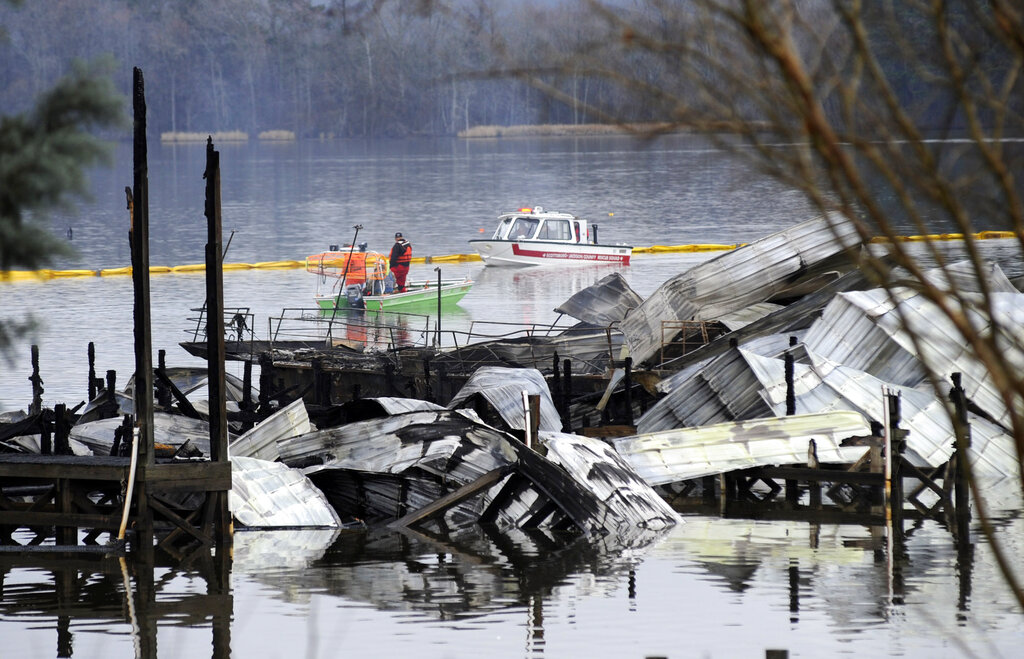 Insurers and government self-insurance pools should be breathing a sigh of relief after the Alabama Supreme Court absolved a county commissions’ fund of direct liability in a marina fire that killed eight people and destroyed three dozen boats.

The court overturned a decision by a circuit judge in Jackson County and ordered the judge to dismiss the Association of County Commissions’ Liability Self-Insurance Fund from a lawsuit brought by victims and families of the people killed in the 2020 fire. The high court held that state law exempts the fund from liability other than what the fund is obligated to pay to the insured county.

The assertion came despite the conflicting wording of the state law.

“We agree with the plaintiffs that the first sentence of (Statute) 11-30-7 does not entitle the Fund to immunity from claims based on its own alleged torts,” Justice Sarah Stewart wrote for the majority.

The second line of the statute, however, does appear to grant the Fund immunity from third-party claims, the court decided.

The plaintiffs in the case employed a somewhat unusual tactic, charging that the Fund itself was at fault because it failed to properly inspect the county-owned dock and marina, and to monitor a safety program. The lawsuit alleges that the dock had electrical problems that should have been flagged in an inspection and repaired.

The National Transportation Safety Board’s investigation of the fire also faulted the county for not having a pre-fire plan in place, and for not having life jackets, floatation rings, or a skiff at the dock for emergencies. Boats and the dock were cluttered with chairs, tables, grills and propane tanks, contributing fuel to the fire and making escape difficult.

The fire, on the Tennessee River in Scottsboro, in northeast Alabama, was described as a horrific scene when it blazed out of control on the night of Jan. 27. The cause of the fire was not clear, but the investigation said it appeared to originate near one boat’s electrical panel, according to news reports and the NTSB report.

The fire quickly spread to the dock and other boats, trapping people as they slept and blocking some from reaching the shore. A number of boats at the crowded marina were inoperable and couldn’t be moved to safety. Others caught fire and drifted into other vessels, spreading the conflagration.

“This is absolutely devastating and certainly in my experience, one of the most devastating things I have ever seen,” Scottsboro Fire Chief Gene Necklause, said the morning after, according to the New York Times.

The Supreme Court ruling did not indicate how much the county commission self-insurance fund and other insurers have paid out on claims from the fire, or if the county will be allowed sovereign immunity for some of the damages. Officials and attorneys for the fund could not be reached Wednesday, but the Fund’s brief in the case notes that state law caps the Fund’s coverage at $300,000.

The case will now proceed against the county and other defendants, once the circuit court dismisses the Fund from the suit.

The high court’s opinion appears to differ a bit from its own 1987 decision in Howton vs. State Farm Mutual Auto Insurance Co. That opinion held that the rule barring tort actions against an insurer does not apply when an insurer, “acting independently of its insured, commits a tort against a third-party claimant.”

In the Scottsboro fire case, the court noted that the statute authorizing the liability pool includes a broad statement of immunity, other than for what the fund had contracted for with the insured counties. The plaintiffs’ attorneys argued that the section merely limits the contractual liability that a self-insurance pool may incur.

Similar issue: Should Policy Pay for an Ounce of Prevention, Not Just Losses?

The trial judge in the county where the fire occurred agreed and refused to dismiss the suit in late 2021.

“The trial court reasoned that, because the first sentence of that statute indicates that an LSIF could be liable to a third party if the action is not based on a claim against a member county, the legislature would not negate the first sentence with the inclusion of a second sentence granting such broad immunity,” the Supreme Court justices explained.

The justices said that another section of Alabama law, which created risk management cooperatives for local school districts, contains similar language granting liability immunity to the cooperatives. That statute, however, includes a notable clarification. The last line of the section reads that it does not prohibit actions due to fraud brought against the cooperatives.

The Legislature may have decided that the immunity granted risk cooperatives and county insurance pools is needed to protect taxpayers, the Supreme Court said.