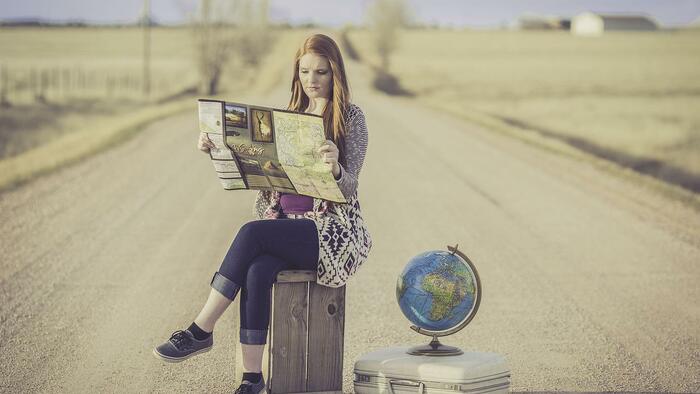 We are being warned well ahead of time that it is coming.  Joe Biden has publicly admitted that the coming food shortages are “going to be real”, and the head of the UN World Food Program is now telling us that we could soon see “hell on Earth” because the lack of food will be so severe.  Food prices are already escalating dramatically all over the globe, and food riots have already erupted in Sri Lanka and elsewhere.  But most people in the western world are treating this crisis as if it is no big deal.  Many seem to assume that our leaders have everything under control and that things will work out just fine somehow.

Unfortunately, the truth is that everything is not going to be okay.

So far this year, the number of hungry people around the globe has risen to more than 800 million…

But this is just the tip of the iceberg.

Much worse is ahead, and David Beasley is openly warning that “hell on Earth” is coming…

The UN has warned that there could be “hell on earth” due to the global economic impacts of Russia’s invasion of Ukraine.

The Guardian reports that David Beasley, director of the UN World Food Programme (WFP), has said that the war has been “devastating” in conjunction with various other factors.

He said, “Even before the Ukraine crisis, we were facing an unprecedented global food crisis because of Covid and fuel price increases. Then, we thought it couldn’t get any worse, but this war has been devastating.”

According to Beasley, we will soon see “frightening” shortages of food, and those shortages could potentially spark civil unrest in literally dozens of different nations…

Dozens of countries risk protests, riots and political violence this year as food prices surge around the world, the head of the food-aid branch of the United Nations has warned.

Speaking in Ethiopia’s capital, Addis Ababa, on Thursday, David Beasley, director of the UN World Food Programme (WFP), said the world faced “frightening” shortages that could destabilise countries that depend on wheat exports from Ukraine and Russia.

But most Americans are not paying much attention to this rapidly growing crisis because they don’t think that it will really impact them personally.

For the vast majority of us, a lack of food is something that we have never had to be concerned about before.

During “normal” times, we could always go to the grocery store and fill up our carts with mountains of super cheap food whenever we wanted.

Unfortunately, things have changed.  Food production in the U.S. is going to be way below expectations this year, and the head of the National Black Farmers Association claims that we will soon see “a lot of empty shelves and a lot more high food prices”…

Three weeks ago John Boyd Jr., the President of the National Black Farmers Association, said “We are in a crisis right now as far as the food chain goes with the farmer in this country,” adding “We’re going to see a lot of empty shelves and a lot more high food prices.”

In his forty-year career as a farmer, Boyd said he never imagined he would be “paying $5.63 for a gallon of diesel fuel, $900 a ton for fertilizer, and all-time high prices for soybean seeds.” All of the prices he mentioned are at record highs, pressuring farmers’ margins.

Of course we are already seeing widespread shortages of certain products around the country.

For example, Fox Business is reporting on the serious shortage of tampons that has recently started making headlines…

A spokesperson for Tampax, which is owned by P&G, told FOX Business in a statement that this is “a temporary situation, and the Tampax team is producing tampons 24/7 to meet the increased demand for our products.”

Meanwhile, the ongoing shortage of baby formula just keeps getting even worse...

On top of everything else, we are now facing a shortage of hot sauce…

In April, Huy Fong Foods, Inc., the nation’s leading sriracha sauce manufacturer, sent a letter to customers about an impending shortage, which would directly impact retailers and restaurants.

“Unfortunately, we can confirm that there is an unprecedented shortage of our products,” Huy Fong Foods told Fox News Digital in an email.

These shortages are just a very small preview of what is approaching.

As I have been warning on my website throughout 2022, conditions are going to deteriorate quite a bit more in the months ahead.

So what is your plan to make it through the worst global food crisis in any of our lifetimes?

Have you been stocking up?

Earlier this year, I published a list of 50 basic items that I would recommend having on hand.  The following list is certainly not exhaustive, but it will help you cover many of the essentials…

#27 An Extra Fan If You Live In A Hot Climate

#47 Extra Supplies For Your Pets

#48 An Emergency Supply Of Cash

#49 Bibles For Every Member Of Your Family

#50 A “Bug Out Bag” For Every Member Of Your Family

Many of the items on this list are now much more expensive than they were earlier this year.

And if you wait, many of them will continue to become much more expensive.

The important thing is to have a plan.

It is finally here! Michael’s new book entitled “7 Year Apocalypse” is now available in paperback and for the Kindle on Amazon.