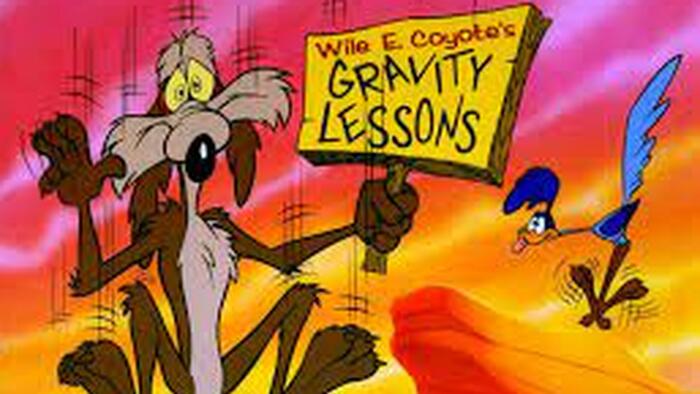 
Former president of the Federal Reserve Bank of New York, and vice-chair of The Fed Bill Dudley has not been shy to express his real thoughts since he left the hallowed halls of groupthink.

In June 2020, Dudley admitted The Fed’s massive intervention during the COVID crash had created “a little bit of moral hazard in the sense you’re encouraging people to take on more debt.”

In October 2020, the former FRBNY boss admitted The Fed was powerless and only Congress could save Americans now.

In November 2021, Dudley warned The Fed that “hope and pray” that inflation abates is not a strategy, warning, “if it waits, the economy could significantly overheat, requiring the Fed to jam on the brakes, precipitating an early recession.”

Then lastly, in April 2022, the retired groupthinker admitted that “Financial conditions need to tighten. If this doesn’t happen on its own (which seems unlikely), the Fed will have to shock markets to achieve the desired response.”

Which appears to be what they have done, and now, confirming what we have been saying since December, Dudley explains in his latest Bloomberg Op-Ed that The Fed is cornered and a hard landing for the economy is inevitable.

“While the Fed’s forecasts have become more plausible over time, I see several reasons to expect a much harder landing.“

And after laying out those reasons, his conclusion is ominous…

“Much like Wile E. Coyote heading off a cliff, the US economy has plenty of momentum but rapidly disappearing support. Falling back to earth will not be a pleasant experience.”

Read the full op-ed below: (emphasis ours)

If you’re still holding out hope that the Federal Reserve will be able to engineer a soft landing in the US economy, abandon it.  A recession is inevitable within the next 12 to 18 months.

In their latest set of projections, Fed officials laid out a benign scenario, in which the economy keeps growing at a moderate pace and unemployment increases only slightly, even as the central bank raises interest rates significantly to get inflation under control. While the Fed’s forecasts have become more plausible over time, I see several reasons to expect a much harder landing.

First, persistent price increases have forced the Fed to shift its focus from supporting economic activity to pushing inflation back down to its 2% objective. The central bank’s employment mandate is now subservient to its inflation mandate. This can be seen both in Chair Jerome Powell’s performance at last week’s press conference and in the June FOMC statement, which removed language that the labor market would “remain strong.”

Second, the new focus on price stability will be relentless. Fed officials recognize that failing to bring inflation back down would be disastrous: Inflation expectations would likely become unanchored, necessitating an even bigger recession later. From a risk management perspective, better to act now, whatever the cost in terms of jobs and growth. Powell does not want to repeat the mistakes of the late 1960s and the 1970s.

Third, the current economic expansion is uniquely vulnerable to a sudden stop. In the short term, payroll growth, economic reopening and healthy balance sheets (supported by the vast fiscal stimulus of 2020 and 2021) should support demand, which in several sectors exceeds supply. For example, the two-year cumulative supply shortage in the motor vehicle sector likely amounts to several million units. As a result, it’ll take time and a considerable monetary policy tightening to reduce demand and for that to translate fully into weaker production of goods and services.

But when that time comes, the production adjustment is likely to be abrupt, due to tight financial conditions, restrictive fiscal policy and tapped-out household savings. The broad US equity market is down more than 20%, mortgage rates are up more than 2 percentage points and the dollar is up about 10% against a broad basket of foreign currencies (constraining U.S. exports). The Hutchins Center at the Brookings Institution estimates that fiscal policy shaved more than 3 percentage points off annualized US economic growth in the first three months of 2022 — a drag that is expected to persist through 2023. As inflation outstrips wage growth, the personal savings rate has plummeted, from 26.6% in March 2021 to 4.4% this April, significantly below its long-run average. No wonder consumer sentiment has fallen to levels last reached in the aftermath of the 2008 financial crisis, and Google searches for the word “recession” are hitting new records.

Finally, economic history points to a hard landing. The Fed has never tightened enough to push up the unemployment rate by 0.5 percentage point or more without triggering a recession. According to the Sahm rule, when this trigger is reached the next stop is a deeper slump, in which unemployment increases by at least 2 percentage points.

Much like Wile E. Coyote heading off a cliff, the US economy has plenty of momentum but rapidly disappearing support. Falling back to earth will not be a pleasant experience.

Given all that, we wonder what Mr Powell will say at this morning’s Humphrey Hawkins testimony.

Remember, the weekend’s talking points from Washington were that “recession is not inevitable.”