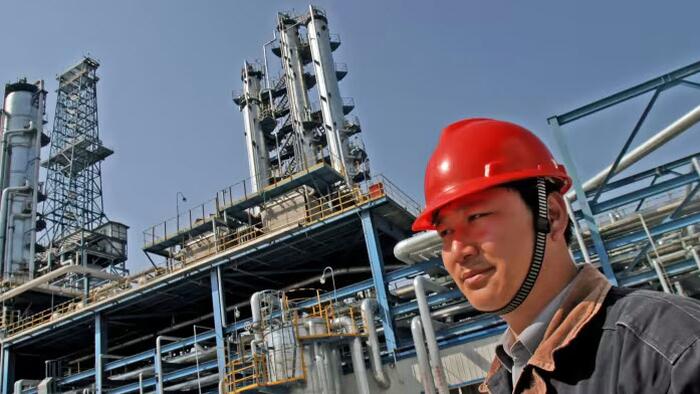 
By Alex Kimani of OilPrice.com

After a relentless seven-month march, the oil price rally appears to be in danger of collapsing after oil prices pulled sharply from their recent highs. Oil prices have been struggling to reverse last week’s losses as the markets worry about a fall in demand after the Federal Reserve hiked interest rate by three-quarters of a percentage point, the largest bump since 1994.  Brent crude futures were down 38 cents, or 0.3%, at $112.74 a barrel on Monday, with front-month prices tumbling 7.3% last week, their first weekly fall in five. Meanwhile, U.S. West Texas Intermediate (WTI) crude was at $109.38 a barrel, down 18 cents, or 0.2%, with front-month prices dropping 9.2% last week, the first decline in eight weeks.

According to Commerzbank analyst Carsten Fritsch, Friday’s steep price fall can be seen as a delayed reaction to the concerns about recession, something that has already been weighing on prices of other commodities for some time. Analysts and market experts believe a recession is more likely after the Fed approved the largest interest rate increase in more than a quarter of a century to stem a surge in inflation.

But the oil markets might soon have to climb another major wall of worry: China’s slowing economy.

Despite megacities like Shanghai and Beijing groping toward full reopening and fiscal stimulus starting to kick in, China is still facing a lot of uncertainties about its economy. China is the world’s largest importer of crude: last year, China imported 11.8 million barrels per day, outpacing the United States, which imports 9.1 million barrels per day.

Back in May, the oil price rally came to a screeching halt after Beijing adopted a “zero-Covid” strategy and announced strict Covid-19 containment measures, including major lockdowns. Whereas the strict lockdowns and curfews successfully slowed down the country’s latest Covid-19 outbreak, they had a negative impact on Chinese consumer demand and manufacturing output. According to year-on-year (y-o-y) figures for April, retail sales fell by 11.1%, industrial production by 2.9%, and manufacturing by 4.6%. Meanwhile, the Chinese yuan and the MSCI Emerging Markets Currency Index both fell in tandem in April.

Unfortunately, the ailing Chinese economy cannot be fixed by simple measures like lockdowns this time around.

President Biden recently announced that the U.S. economy might grow faster this year than China’s economy for the first time since 1976, with growing signs that the Chinese economy may be entering a prolonged era of slow growth. The world’s second-largest economy is projected to grow just 2% this year, significantly lower than the 2.8% increase in U.S. gross domestic product.

Maintaining a COVID-zero policy has been slowing the economy and adding huge additional costs to the government budget, leaving Beijing in a dilemma about whether to boost debt or tolerate weak economic growth.

Fiscal tensions were already mounting before Covid spending pressures came along, including a slump in land sales revenue due to the housing slowdown as well as tax relief to businesses that cut government income. Indeed, official data shows the wide-ranging budget deficit reached a record nearly 3 trillion yuan ($448 billion) in the first five months of the year.

The People’s Bank of China (PBOC) is still acting cautiously due to concerns about further yuan weakness, which can potentially trigger large capital outflows in a Fed rate hiking cycle.  The yuan and corporate bond yields fell sharply after the PBOC announced a cut in banks’ reserve requirements in mid-April. Since then, the currency has stabilized, but bond yields have started climbing again. Net debt issuance by the government clocked in at more than 700 hundred billion yuan ($104 billion) in both May, the two highest monthly totals since mid-2020, and more liquidity will be required from the PBOC if the rapid clip of local government debt issuance is going to continue.

Beijing will now be forced to either bring forward a larger part of next year’s planned quota or take other strong measures to bolster local government finances. It can also allow more off-the-book borrowing by city governments, although that would be difficult due to high bond yields. Unless Chinese policymakers act to sharply bolster local government finances and the PBOC is willing to risk more yuan depreciation, a weak rebound in the third quarter is seen as the most likely scenario.

Over the long-term, it’s going to be hard for China’s economy to continue growing like a weed, let alone overtake the U.S. economy given the fact that the country is in long-term demographic decline. In contrast, the U.S. is probably going to keep growing its population. It’s increasingly looking like China will turn out like Japan in the ’80s, where it was thought they were going to surpass the United States, but they stagnated, their population started shrinking, and things quickly went south for the Asian nation.

Luckily, some experts remain bullish about the oil price trajectory.