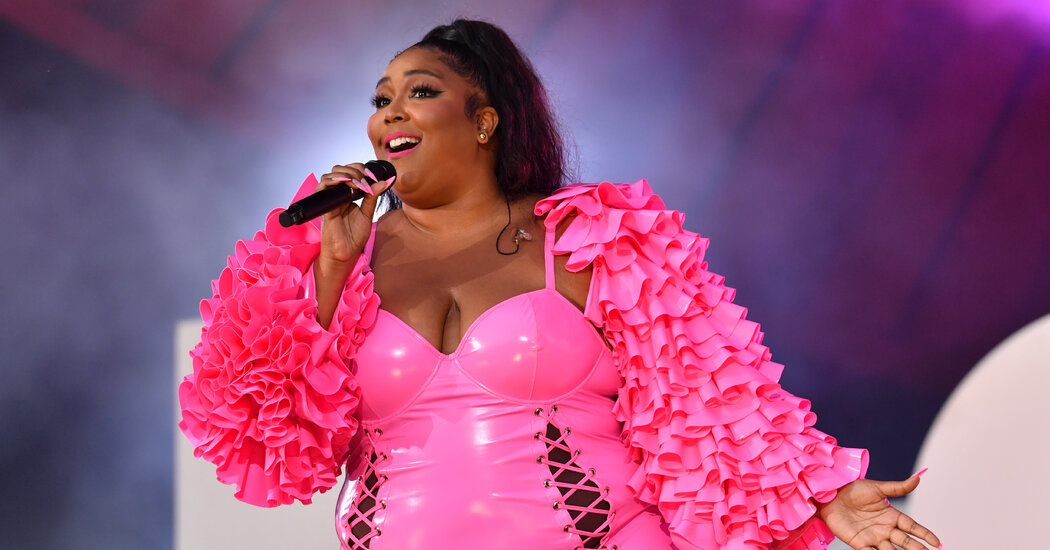 
Lizzo, a Grammy-winning singer and rapper seen by many fans as a champion of inclusivity, changed a lyric on a new song within days of its release after it was criticized for containing a word considered derogatory toward people with disabilities.

In the original version of the song “Grrrls” released on Friday, Lizzo used the word “spaz” to indicate that she was going to lose control. The word is based on spastic diplegia, a form of cerebral palsy, a condition that causes motor impairments in the legs or arms.

Fans and disability advocates called on Lizzo to change what they called an ableist slur, a word seen as particularly harmful in some countries where it has a history of being used as a schoolhouse taunt.

By Monday, the major music streaming services had substituted the original version of the song with one that replaces the line with “Hold me back.” In a statement posted to Instagram on Monday, Lizzo said she understood the effects of harmful language, whether intentional or unintentional, because “As a fat black woman in America, I’ve had many hurtful words used against me.”

“Let me make one thing clear: I never want to promote derogatory language,” she said, later adding: “This is the result of me listening and taking action.”

For Lizzo, who enjoys a warm public persona and produces upbeat, feel-good music that promotes self-acceptance, the lyric struck fans as particularly off-brand. The criticism began almost immediately after the song, the latest single from her upcoming album, “Special,” was released on Friday.

The Grammy-winning singer is known for her fierce lyrics, fashion and personality.

But the swift removal satisfied many of the fans and activists who had criticized her, believing it to be an example of someone listening, learning and acting on new information.

Hannah Diviney, a disability advocate in Australia and self-proclaimed Lizzo fan, said in an interview that hearing the word in the original version “made me feel really uncomfortable.” For her, spasticity refers to an “unending, constant, painful tightness in my legs and other parts of my body,” making her life “very difficult and is not something I can control.”

But she was “blown away” by Lizzo’s rapid reversal, she said. Instead of being defensive, the rapper took action once she heard the criticism, making her “a real genuine ally because she’s willing to learn.”

“I’m really glad that Lizzo changing it has led to lots of people learning that it’s a slur,” Ms. Diviney said. “And while I obviously would have preferred she didn’t use it in the first place, I’m glad it became something of a teachable moment. That’s probably the best outcome.”

After one of her tweets was reshared more than a thousand times, Ms. Diviney learned that it may not be as clear to some Americans as to people in other countries why the word is considered ableist, she said.

Warren Kirwan, a spokesman for Scope, a group in Britain that campaigns for equality for people with disabilities, said the term has been “quite a common term of abuse for disabled people for the better part of 30 years in the U.K.” In 1994, the organization changed its name from The Spastic Society to Scope to avoid association with the slur.

The differing cultural contexts may help explain why Lizzo, an American, used the term, even if it doesn’t excuse it, he said. But Lizzo handled the situation well once she learned more about the word, he said.

“It was in her power to own that mistake and change it, and well done for doing that,” Mr. Kirwan said.

Other musicians have made the same mistake. Kanye West was criticized for using the word in a 2015 song “FourFiveSeconds,” a collaboration with Paul McCartney and Rihanna. And in 2014, Weird Al Yankovic said he was “deeply sorry” for including a related word in his song “Word Crimes,” saying he didn’t know it was considered offensive.