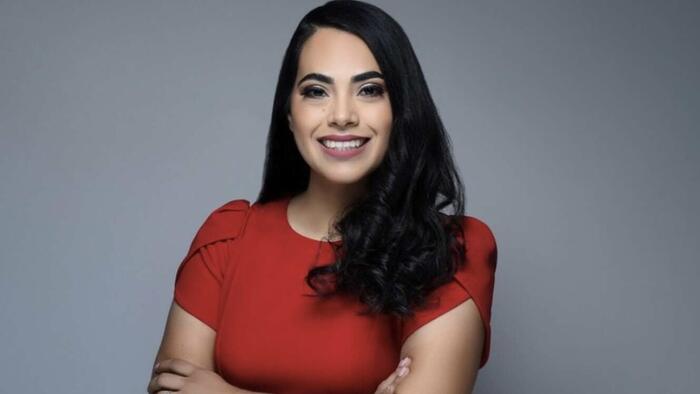 
In another grim omen for Democrats bracing for an epic November midterm smackdown, the Republican party has flipped a once-solid-blue and 84%-Hispanic district in South Texas.

In a special election to fill a seat vacated by the incumbent’s resignation, Republican Mayra Flores topped Democrat Dan Sanchez. Flores leads 51% to 43%, with over 95% of the vote tallied as this report is written.

Flores will be the first Republican to represent that part of Texas since 1870—that’s over 150 years. She also becomes America’s first Mexican-born congresswoman.

Her Texas 34th District provides a window on a monumental sea change among Hispanic voters. Consider the trend in presidential victory margins there over the last three elections:

In November, that trend won’t be confined to the Lone Star state: Nationwide, only 24% of Hispanic voters approve of Biden’s performance, according to a Quinnipiac University poll released last week.

Tuesday’s special election was prompted by the resignation of Democrat Filemon Vela. When first elected in 2012, he beat his Republican opponent by 26%. Now, Republican Flores has cruised to a 12-point win.

She did so embracing thoroughly conservative positions. For example, married to a Border Patrol agent, Flores campaigned on tighter border security, saying:

“I legally immigrated to America when I was six years old. Living in South Texas offers a unique perspective on illegal immigration and how it affects the livelihood of American citizens. We MUST secure our border to keep bad individuals out and to encourage LEGAL immigration.”

Coming in the wake of the Uvalde, Texas school massacre, Tuesday’s result may be an indicator of how the gun debate will factor into November’s results. The Flores campaign emphasized her support of gun rights, while Democrat Sanchez argued for more background checks and raising the legal age for firearm ownership to 21.

It’s telling that Sanchez didn’t embrace a ban on AR-15s and other so-called “assault rifles”: AR-15s are a popular choice for South Texas ranchers in their endless war against destructive feral hogs.

The election also underscores the nationwide enthusiasm gap that favors Republicans in November. In his concession statement, Sanchez noted that he was “outspent by millions of dollars from out-of-state interests and the entire Republican machine.”

Sanchez also blamed his own party: “Too many factors were against us, including little to no support from the National Democratic Party and the Democratic Congressional Campaign Committee.”

Having said all that, Flores’ stay in Congress could be brief. This special election was only for the balance of this term, and redistricting means Flores will compete in November on a redrawn map where Biden won by about 15%, rather than 4% on Tuesday’s district map.

Nonetheless, for Democrats who’ve long talked about turning Texas purple, Flores’ victory reinforces a hard truth: the overwhelmingly Latino Texas border regions are indeed turning purple—from blue. And that may soon prove to be an understatement.

It has this MSNBC columnist sounding the alarm:

There is a political earthquake happening in Latino politics in South Texas and there is a reason I have been saying it will be voting like West Virginia. But like @SeanTrende, I expected this in two decades. #TX34. This should be a five alarm fire for Democrats. https://t.co/hSNO6EilMJ