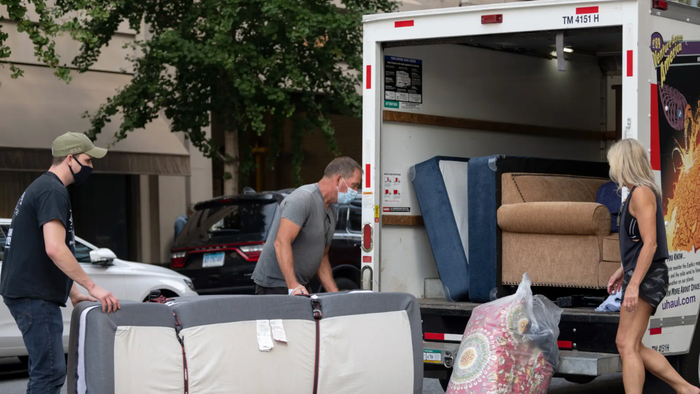 
New York City struggles with a sharp rise in violent crime as the new mayor fails to make the metro areas safer. Public safety is worsening and has likely resulted in a continued exodus of residents.

NYPost reports that 21,546 New Yorkers left the state for Florida during the first four months of this year, a 12% rise over the same period last year.

The exodus of New Yorkers first began before COVID-19 because of high taxes, then accelerated during the pandemic as the city went into lockdown. Now people are leaving in droves as the metro area descends into chaos.

For some more context about the exodus, 2022 totals are 55% higher than the same period in 2019 (pre-COVID). A stunning trend that is only gaining momentum.

New Yorkers are frightened to walk the streets, nevertheless travel in the subway, which is plagued with criminals. In April, a mass shooting in a subway car left more than a dozen people injured. Last Sunday, a Goldman Sachs research analyst was shot in the chest, in an unprovoked attack, on the subway. The analyst died on the spot.

The toxic environment of crime and high taxes have forced some Wall Street firms to move operations to the Sunshine State as an attractive place for long-term expansion. City dwellers have fallen in love with the state because there’s no personal income tax.

If migration trends persist, the number of New Yorkers leaving the state for Florida could shatter last year’s figure of 61,728.

Meanwhile, Mayor Eric Adams has been absolutely wrong about migration trends reversing. It’s only accelerating as NYC descends into darkness as another failed liberal city implodes under the weight of violent crime and high taxes. An environment businesses and or households will no longer tolerate because technology has allowed them to become more mobile.

ATOM & NEAR Price To Rally With Bitcoin Bear Market Bounce!