While the current pull-back on black gold is fundamentally triggered by different forces, where is the prevailing wind coming from that is pushing prices lower?

The commercial crude oil reserves in the United States unexpectedly dropped in the week that ended May 13, according to figures released on Wednesday by the US Energy Information Administration (EIA).

U.S. crude inventories have decreased by almost 3.4 million barrels, which implies greater demand and would normally be considered a bullish factor for crude oil prices. However, it appears that with the Federal Reserve’s sustained hawkish tone, which contributes to pushing commodities to the lower side, the market does not pay as much attention to US crude inventories, which are relegated to the background… 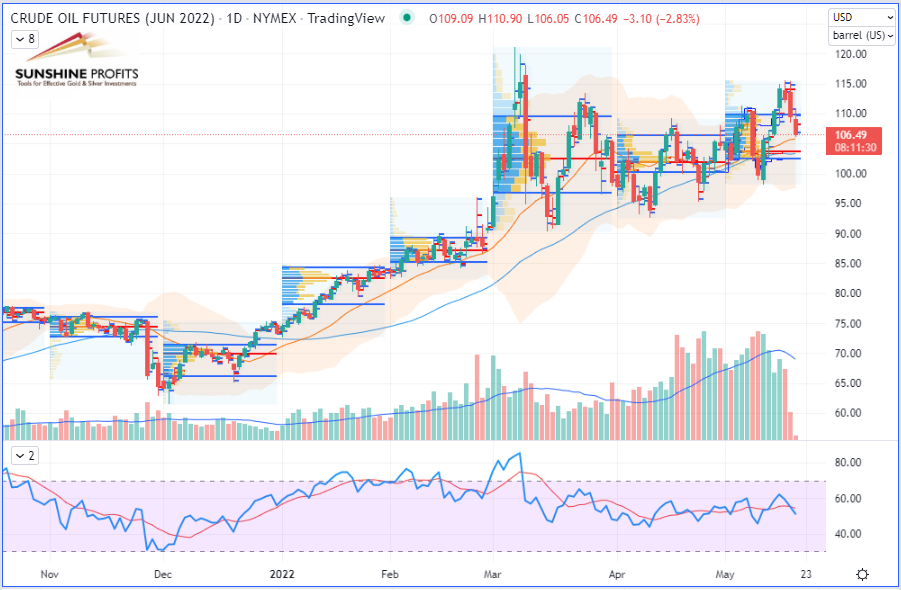 On the other hand, some additional figures extracted from the same EIA report were released:

These are U.S. Gasoline Reserves, which plunged by almost 4.78 million barrels over a week, while the market forecasted a decline of only 1.33 million barrels. 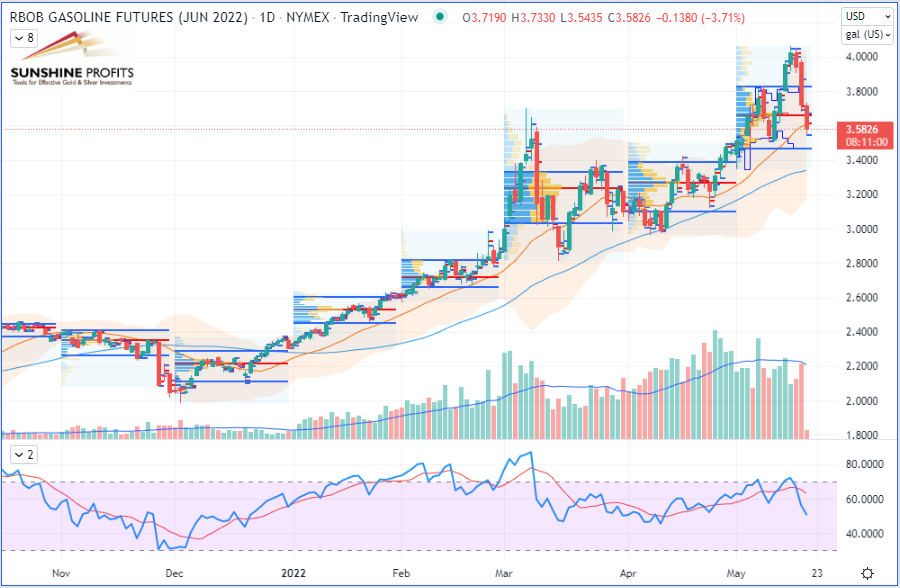 Consequently, despite demand for black gold, which nevertheless remains at a high level according to the two above figures, crude oil prices continued to slide on Thursday. They proceeded with their decline from the previous day, still dampened by fears of a global economic slowdown.

The possible easing of U.S. sanctions against Venezuela could be considered another bearish factor, coming in addition to the Hungarian veto on the EU’s plan to ban Russian oil. The European problems didn’t stop there, as Turkey opposed the opening of talks on the NATO membership extension to Finland and Sweden after the two Nordic countries submitted a formal application.

The current situation of Hungary is quite understandable, since the central European country is particularly dependent on Russian hydrocarbons.