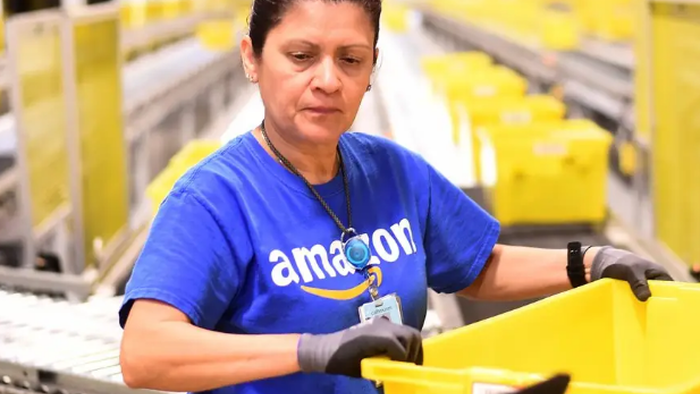 
While most businesses across the country struggle with not finding enough workers, the opposite is true for both Amazon and Walmart.

And to us, that sounds like coming mass layoffs…

The two massive U.S. retailers are facing a “staffing problem”, according to a new report from Insider.

Walmart admitted this week that the company underwent “weeks of overstaffing” during Q1 2023 as a result of the pandemic. It had hired extra associates toward the end of 2021 to replace those who were out on Covid leave, but those employees came back sooner than expected, the report says.

Some of the issue was solved on its own, due to attrition, CEO Doug McMillon said this week. But the wage pressure negatively impacted the company’s profits for the quarter, resulting in the ugly earnings report Walmart posted to start the week.

Meanwhile, Amazon was having trouble hiring workers, before eventually overstocking its coffers.

Amazon Chief Financial Officer Brian Olsavsky said this week: “As the [Omicron] variant subsided in the second half of the quarter and employees returned from leave, we quickly transitioned from being understaffed to being overstaffed, resulting in lower productivity.”

It added another $2 billion in costs for the company, the report says.

And even though the company added 270,000 workers in the back half of 2021, it was still seeking more help, which was causing “long zone shipments, half-full trucks, all kinds of negative consequences of not having labor.”

But when 2022 hit, the company swung to having an overcapacity of labor, the report says. “It will take time in Q2. We don’t get the full $2 billion back in Q2, but we will make great strides on that,” Olsavsky commented.