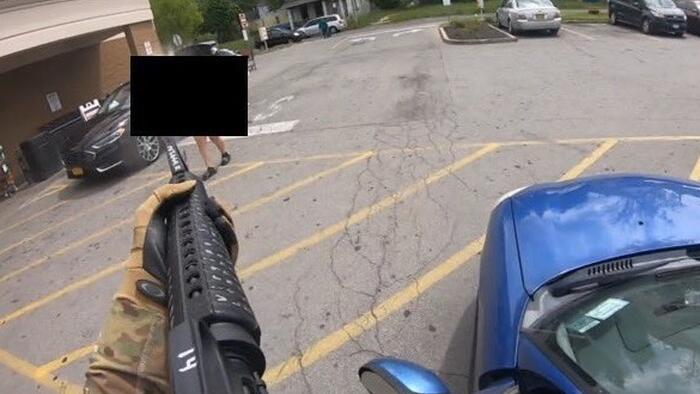 BREAKING: BPD on scene of a mass shooting at the Tops in the 1200 block of Jefferson Avenue. Police say multiple people have been struck by gunfire. The shooter is in custody. Motorists and residents are urged to avoid the area.

A gunman dressed in a military uniform reportedly opened fire in the parking lot and inside the Tops Friendly Supermarket at 1275 Jefferson Avenue.

#BREAKING Several people wounded during shooting attack in a supermarket in Buffalo, NY.
Suspect arrested, described himself as a white supremacist and anti-semite in an online manifesto pic.twitter.com/F2ZPSWUSCb

The Daily Mail notes the gunman live-streamed the shooting. This is an unconfirmed screenshot of the video.

NBC points out the supermarket is situated in a “predominately Black neighborhood, about 3 miles north of downtown Buffalo. The surrounding area is primarily residential, with a Family Dollar store and fire station near the store.”