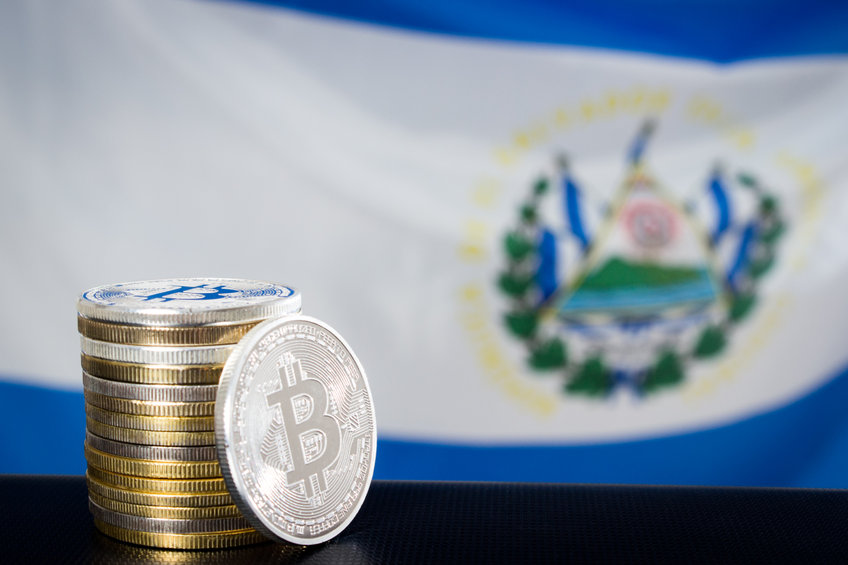 
Bitcoin’s price dropped below $30,000 this week. Because of this drop, El Salvador saw the opportunity to buy up the dip. The president of the country has no paper hands and, in addition to this purchase, shows off the new plan of Bitcoin City – a city, at the foot of a volcano, completely devoted to bitcoin.

El Salvador, the South American country known as the first Bitcoin nation, recently stated that it took advantage of this decline in Bitcoin’s price. More specifically, it announced that it had acquired 500 BTC at an average price of $30,744 per coin, with a total value of approximately $15.4 million. This brings the total purchase of the country to about 2000 bitcoins.

The entire cryptocurrency market has seen red this week, with all tokens down more than 10 percent. The market continues to decline following the Federal Reserve’s policy announcement last week. In addition, Bitcoin was approved as a legal currency in the Latin American country, a decision that the International Monetary Fund (IMF) and other international organizations have advised against.

Efforts to stem the tide of rising inflation in El Salvador began in September 2021 with the adoption of BTC as legal money. When the king’s coin became legal money in the nation, it acquired a significant portion of the most valuable cryptocurrency asset. When it comes to acquiring Bitcoin, El Salvador takes a “buy the dip” approach. When the price of Bitcoin falls, the president declares that additional Bitcoin will be added to the country’s reserve currency fund.

Since El Salvador adopted BTC as legal tender, it is the country’s cheapest purchase to date. Bukele believes that “some guys are selling really cheap,” which supports his long-term goal of widespread Bitcoin adoption in light of the current market sell-off.

The country’s decision to adopt BTC as an official currency is not the only move the country has come up with to boost the country’s economy. President Bukele previously indicated that his goal is to make El Salvador the most Bitcoin-friendly nation.

It was also recently announced that the country is getting ready to launch its highly anticipated Bitcoin Volcanic bonds. The money generated from the bonds would be used to build the world’s first Bitcoin city. However, the release date of the bonds has already been postponed a number of times.

It is also unfortunate for the president that the residents of El Salvador do not like switching to Bitcoin and using the Chivo wallet. A few weeks ago, the news came out that 60 percent of the country’s residents have dropped the Chivo wallet after receiving the free $30 upon signing up.

Additionally, companies operating in El Salvador are not rushing to accept Bitcoin, with only 20 percent of all companies offering payments in Bitcoin at the moment. Reportedly, there are even companies that have previously accepted BTC, which have now stopped doing so it and returned to the basics.

Even when it comes to taxes, there is no storm yet. Only 5 percent of all residents of El Salvador have chosen to pay their taxes using the Chivo wallet.

The low adoption rate is most likely related to the volatile nature of Bitcoin, coupled with the technical complexity of using the Chivo wallet. Elderly people in particular have difficulty using it.

The president posted some photos of Bitcoin City on Instagram. This will be a city built right next to a volcano. The goal of this is to run it entirely on bitcoin and get the energy mostly from the volcano.

Before showing these images, let’s take a look at the plans shared on November 21. In this, we see the shape of the city and the facilities that Bitcoin City will contain.

Bukele estimated that the entire project would cost about 300,000 bitcoins. At the then bitcoin rate – a few days after the previous all-time high – that was a sloppy 15.3 billion euros. At the moment, that price is around 9 billion euros.

This is, despite the fall in the price, still a high amount. To fund this, bitcoin bonds will be issued, the proceeds of which will go towards this project. Half of this is used for mining infrastructure and the other half to buy and store bitcoin. For those interested; these bonds are expected in September.

In the photo that Bukele shared, we see a model of the city. It is a kind of circle with a large bitcoin square in the middle. Despite the falling bitcoin price, he is happy to share this. “Bitcoin City looks beautiful. And the airport too,” the president said on his Instagram page.

So it is also possible to fly to Bitcoin City. The official end date has not yet been announced. In the images in the message we see, among other things, a kind of stadium and other buildings that will cover the city.

So El Salvador has recently replenished its Bitcoin reserves by buying 500 BTC for a price around $30,000. This purchase has already enabled the country to make a profit, and the president of the country has not hesitated to show it off on his Twitter account.

According to the Twitter post, the country’s balance has jumped to $1 million in just 11 hours, right after buying the Bitcoins. While President Bukele brags about the successful deal, Twitter users have reported that the country is down a staggering $20 million due to the average purchase price of around $45,000. Bukele said on Twitter:

“I could sell these coins right now and make almost a million dollars in just 11 hours, but of course not.”

Because the average purchase price of Bitcoin is high, El Salvador only enters the green numbers once the price of the largest cryptocurrency has risen by about 40%. In September, the country started buying Bitcoin when BTC traded for about $50,000.

The Post-Roe World: A Reality Check On The Implications Of The Leaked Supreme Court Opinion