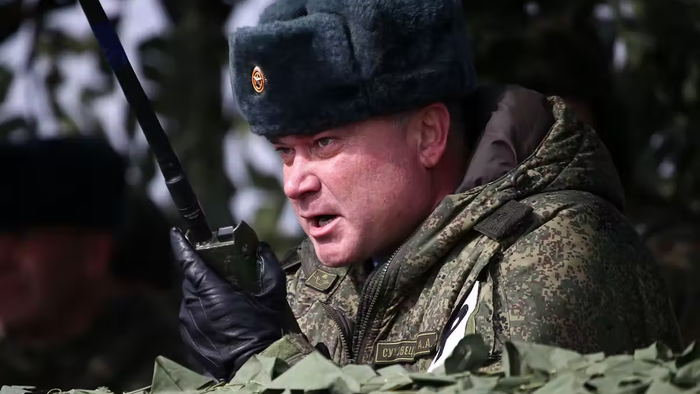 
Last month Defense Secretary Lloyd J. Austin bluntly admitted of US policy aims in Ukraine: “we want to see Russia weakened to the degree it cannot do the kinds of things that it has done in invading Ukraine.” He also sought to stress before the American public during an interview that the US is not fighting a “proxy war”.

However, unnamed senior American officials in a bombshell New York Times report have said that intelligence sharing with the Ukrainians have helped take out some of the estimated 12 Russian generals that have died on the front lines since the Feb.24 invasion, an astonishingly high number given the rarity in any war of deaths from among highest officer ranks (and considering the war has been going for a little over two months at this point).

The intelligence sharing, which was previously vaguely acknowledged as happening by President Biden, is part of a broadly expansive US role in the conflict with the way being paved by unprecedented in size military aid packages and weapons shipments.

According to the limited details of intelligence provided to the Ukrainians, The New York Times reports that “The United States has focused on providing the location and other details about the Russian military’s mobile headquarters, which relocate frequently.”  Additionally, “Ukrainian officials have combined that geographic information with their own intelligence — including intercepted communications that alert the Ukrainian military to the presence of senior Russian officers — to conduct artillery strikes and other attacks that have killed Russian officers.”

While US intelligence officials are seeking to deny that the purpose is an “intent to kill Russian generals” – as a National Security Council spokesperson told the Times as the story came out – the report implicitly acknowledges this marks a major escalation in terms of Washington’s role:

The administration has sought to keep much of the battlefield intelligence secret, out of fear it will be seen as an escalation and provoke President Vladimir V. Putin of Russia into a wider war. American officials would not describe how they have acquired information on Russian troop headquarters, for fear of endangering their methods of collection. But throughout the war, the U.S. intelligence agencies have used a variety of sources, including classified and commercial satellites, to trace Russian troop movements.

This further involves tracking larger Russian troop and equipment movement which is seen as more perhaps ‘routine’ intelligence assistance utilizing satellites – such as occurred in the lead-up to the invasion as Russian forces mustered along the border and in Belarus. But now stepped up communications intercepts by US intel is clearly a big and expanding feature.

When Trump killed Soleimani, the press acted like WW3 was imminent.

When Biden kills Russian generals, they act like nothing could go wrong. pic.twitter.com/LTAmEF2qmD

The following interesting, if not alarming for the prospect of direct near future Moscow-NATO escalation in the war, caveat is also introduced by the NY Times’ reporting:

Not all the strikes have been carried out with American intelligence. A strike over the weekend at a location in eastern Ukraine where Gen. Valery Gerasimov, Russia’s highest-ranking uniformed officer, had visited was not aided by American intelligence, according to multiple U.S. officials. The United States prohibits itself from providing intelligence about the most senior Russian leaders, officials said.

And it remains, “But American intelligence was critical in the deaths of other generals, officials acknowledged.”

In some cases it’s believed that Russian centralized military command structure and battlefield tactics leave top-ranking officers too exposed, and combined with “poor discipline” including in how communications are utilized, the presence of generals is easier to pinpoint when it occurs near the front lines for Ukraine’s military and its US backers.

Without doubt, the fresh NYT report will be read in Moscow and viewed as an outrageous acknowledged escalation by Washington. The Kremlin earlier warned it would hold external countries supplying arms and other forms of assistance “responsible” – and that “decision-making” centers including Kiev would come under increased attack. Meanwhile, cruise missile strikes even as far west as Lviv do appear to be expanding this week.