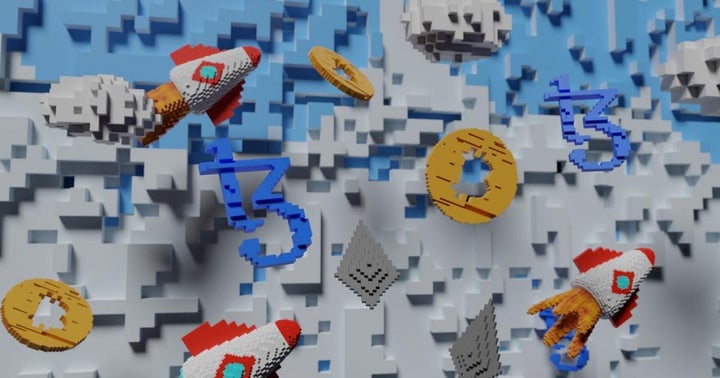 Crowdpooling has become a people-powered engine for expanding the size, scope, ambition, and functionality of the DeFi ecosystem.

Since day one, the ethos of Web3 technology has been all about two things: decentralization and democratization. In its earliest days, crypto offered people a new way to store and send value on their own terms. More recently, decentralized finance (DeFi) has given people opportunities to access a range of financial services offered by autonomous organizations. That said, I believe that one mechanism has contributed more to innovation in cryptocurrency history than any other, and that is token-based crowdfunding.

Token-based fundraising has appeared in many different forms over the years, each promising to democratize the connection between investors and early stage projects. The first of these, Initial Coin Offerings (ICOs), became popular in 2017 and connected unprecedented numbers of investors – and their unprecedented amounts of cash – to new investment opportunities around the world. This form of token-based fundraising had a major effect on the industry, catapulting crypto into the mainstream.

From ICOs to IDOs

After regulatory uncertainty and many instances of abuse tainted the ICO industry, token-based fundraising returned under a few new names and forms. Some of these included Security Token Offerings (STOs), which promised to appease regulators, and Initial Exchange offerings (IEOs), which offered investors some extra layers of due diligence and ease-of-use. Later, Initial DEX Offerings (IDOs) allowed people to launch tokens on decentralized exchanges.

However, as the field of token-based fundraising has continued to evolve, the values of decentralization and democratization that used to be a hallmark of the industry have faded into the background. ICOs, STOs, IEOs, and other forms of token-based fundraising have become increasingly expensive and time-consuming processes for early-stage projects, making them out of reach for the businesses and entrepreneurs who need them the most – particularly those located in developing regions. IDOs provided easier access to fundraising tools but did not offer the means to create long-term market liquidity.

But it doesn’t have to be this way.

Recognizing the need for an equal-opportunity token-based crowdfunding mechanism. Anyone can use Crowdpooling to connect with investors around the world to raise funds with minimal starting capital. It’s a one-stop token distribution solution that acts as a solid foundation for raising capital, building community, and creating deep liquidity for new token markets, regardless of bid size.

To begin a Crowdpooling campaign, creators deposit a settlement fee of 0.2 (CRYPTO: ETH) and supply a set number of tokens, which will be used for crowdfunding and ask-side liquidity. The token’s issuer also sets the initial offering price, a soft cap target, and start and end times for their Crowdpooling campaign. After that, anyone can participate in the campaign by staking their capital.

The process of holding a Crowdpooling campaign is designed to protect investors at several levels, similar to crypto launchpad platforms that provide vetting for investors.

Crowdpooling isn’t just a way to get a project off the ground. Because of the ways that liquidity providers (LPs) are incentivized to support new and still-emerging projects, users and investors are incentivized to stick around for the long term. This creates “sticky capital” that doesn’t flee in the endless pursuit of higher yields.

In this way, Crowdpooling is perfectly in line with the Web3 values of decentralized, democratized finance – projects get the funding they need, as well as the tools for sustainable, grassroots community growth. As a token-based fundraising mechanism, it eliminates the need for funding from traditional VCs, which are often inaccessible to builders in many regions of the world. At the same time, rewards for LPs promote sustainable growth that discourages the pressurized dynamics that come from traditional token sale models.

And as an equal-opportunity funding mechanism, Crowdpooling plays an important role in the larger DeFi space. Because Crowdpooling is open to virtually any project that wishes to use it, the broader DeFiI community has the power to choose which projects it wants to invest in for its own innovation and growth.

Tools like Crowdpooling provide the DeFi community with the ability to access its most valuable resource of all – unlimited creativity. By lowering the barrier of entry, we can create opportunities that people from all walks of life can use to build amazing platforms and tools for all.

So what are we waiting for? Let’s build!
About the Author

DODO co-founder Diane Dai is a prolific innovator and thought leader in decentralized finance. Diane was also recently named to Wirex’s 2021 Rising Woman in Crypto powerlist and Hurun China’s Under 30s to Watch.