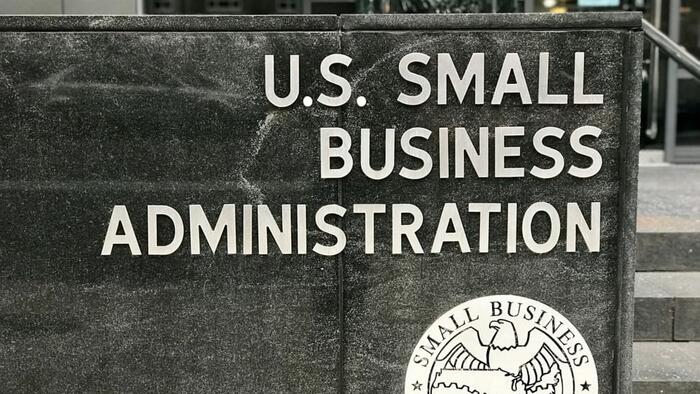 The idea of the Paycheck Protection Program (PPP) was criticized early on by many in the Austrian school, like Peter Schiff, who immediately pointed out that everybody – whether they needed it or not – would be applying for the funding, that the government had no way to track where all of it was going, and that waste, fraud and abuse within the program would be rampant.

Specifically, there was outcry among FinTwit and the financial world about asset managers (fancy words for ‘people who invest your money’) taking out PPP loans, since (1) many of them are already wealthy, (2) most “asset management” can be done remotely with near-zero interruption, (3) income for asset managers, derived from fees from managing money, likely wasn’t affected by lockdowns and (4) there was no indication equity markets, or other capital markets, would be shut down.

As I pointed out on a now-defunct Periscope video I did in Summer 2020, the idea that asset managers needed bailout money was comical compared to hospitality and restaurant businesses that were forced to shut down completely, cauterizing their income streams and ruining their employees, who required day-to-day, in-person business for their take-home pay.

In fact, what I argued was that some asset managers were taking PPP loans because their investing performance (i.e. their track record of making money from investments, which they then collect fees from) may have been poor due to their inability to forecast that markets would plunge in early 2020 (despite me yelling and screaming about it throughout all of early 2020).

About two months after the above Tweet, well known hedge fund manager Bill Ackman would be on CNBC, literally almost in tears , memorializing the market plunge by exclaiming that “hell is coming”.

But volatility in the market is what “asset managers” are supposed to be able to steer around and plan for. After all, that’s what they’re getting paid for – to manage assets and pay attention to the macroeconomic picture so you, the person paying 2% per annum to have your money managed, don’t have to.

To get a closer look at the PPP process asset managers were taking advantage of, I ran through an application using Kabbage, one of the approved small banks whose business model quickly became pushing through as many PPP loans as possible during 2020 in order to obtain processing fees. It was quick, took me only about 15 minutes to finish, and promptly led me to one final screen where all I had to do was check a couple boxes assuring the government that I needed the funds that were about to be dropped into my bank account, due to being impacted by Covid-19.

But I didn’t need the money. While some of my income fell off, I wasn’t materially harmed by the pandemic, despite some attrition from my podcast Patrons who were “battening down the hatches” with their finances heading into the pandemic, which I understood. I abandoned the application process, but came away from it with a very real sense of just how easily and quickly cash – hundreds of billions of dollars of it – was being sprayed across the country.

Cut to just about 2 years later and the New York Times has just published stunning statistics about where the $800 billion in PPP loans wound up.

The Times’ analysis found that only about 25% of the money went to businesses that would have otherwise lost it:

One new analysis found that only about a quarter of the money spent by the program paid wages that would have otherwise been lost, partly because the government steadily loosened the rules for how businesses could use the money as the pandemic dragged on.

The article wrote that “the looser rules meant the Paycheck Protection Program ended up subsidizing business owners more than their workers” and reported that “for every $1 in wages that [the PPP program] prevented from being lost, it handed out $3.13 that went somewhere else”.

And then, the coup de grâce:

Seventy-two percent of the program’s relief money ended up in the hands of those whose household income is in America’s top 20 percent.

In other words, the PPP program worked out just like quantitative easing: it disproportionately benefitted the richest people in the nation.

“This program was highly, highly regressive,” said David Autor, an economics professor at the Massachusetts Institute of Technology who led a 10-member team that studied the program, and who was quoted and cited extensively by the New York Times article.

Today’s blog post has been published without a paywall because I believe the content to be far too important. However, if you have the means and would like to support my work by subscribing, I’d be happy to offer you 22% off to become a subscriber in 2022: Get 22% off forever

She was never my leading candidate for President, but I couldn’t help but feel optimistic after hearing former POTUS hopeful Marianne Williamson talk to Bill Maher about this horrifying misuse of the PPP a couple weeks ago.

The topic of discussion on Maher’s show that aired last Friday was the Canadian trucker’s rally. After tossing around obligatory analysis on whether or not Canada was dealing with the issue too heavy-handedly or not (spoiler alert: Maher said Justin Trudeau “sounded like Hitler” while talking about the protests), Williamson made an extremely astute observation.

She claimed that the trucker protests were no longer about the enforcement of vaccine mandates, but rather about government overreach. She even alluded to the nefarious “behind the curtain” machinery of the night that routinely redistributes purchasing power to the “haves” and away from the “have nots” – as I have written about extensively.

Williamson then then linked the ire of the truckers to a class division that took place during Covid, wherein one group of people got to sit home, collect unemployment, PPP loans or their regularly scheduled paychecks while ordering products and services online, and another group of people, who were forced to not only man their posts on the global supply chain, but also at places like fast food restaurants and big box retailers that stayed open.

The people that were integral to the heartbeat of the nation during the most uncertain point of the pandemic – truck drivers, Walmart shelf stockers, healthcare workers, emergency HVAC technicians, flight attendants, McDonald’s drive-thru employees, toll booth collectors and Uber drivers, to name a few – were not only forced to work while the other half of the nation took refuge, but also had to deal with an incessant and unrelenting stream of hysterically paranoid and generally dickish customers, all while enduring physically and mentally uncomfortable working conditions for little pay.

Williamson’s argument reminded me immediately of a video I made during the GameStop fiasco, wherein I postulated that the “weighted blanket” of monetary policy in the country – and this was before 7.5% inflation – was really behind the angst and anger of many of the “Reddit Raiders”.

Williamson drew the same analog, and claimed the truckers were agitated not just about mandates, but about the role that they were forced to play during the pandemic while the rest of the world sat at home and enjoyed the benefits of their labor.

“People are understanding it’s something more than a protest about the vaccine mandate,” host Bill Maher said during the discussion.

Williamson, in her finest moment, says:

“What’s happening is the people are getting the receipts for what we’ve been feeling for so long. This kind of economic injustice – this kind of structural rigging – so that whenever there’s a problem take care of the people who already have and the rest of the people who don’t have, well ‘good luck, we’ll drop a few crumbs to you’, it’s been going on for decades, people have felt it, they have acted on it, and now we’re getting the receipts.”

I found Williamson’s observation to be incredibly accurate, despite my political differences with her. I think she has tapped into a vein that, if she keeps following, will lead her to even bigger truths.

In the clip you can almost feel that she is about to touch on the issue of monetary policy in the country. After all, she’s placing blame on a little-understood complex that disproportionately benefits the upper class. That’s QE – and monetary policy in general – in a nut shell.

Williamson, at one point, even argued that PPP loans should’ve been divided up evenly amongst the country. This is the very same argument I’ve made about stimulus from our Central Bank on more than one occasion. If it has to be used at all, why does more than half of it go to the corporate bond market and not everyday workers?

Williamson is a Democrat, and has even endorsed Bernie Sanders in the past. But you can’t throw the baby out with the bathwater. We need ideas like Williamson’s here and, more importantly, we need Williamson – and those who watch her – to follow the thought path she’s on.

The answers it will lead us to will not only lead us to a more prosperous and thriving nation, but will also protect the integrity and soundness of our country’s economy and currency – both of which are dying right before our very eyes.

Thank you for reading QTR’s Fringe Finance . This post is public so feel free to share it.