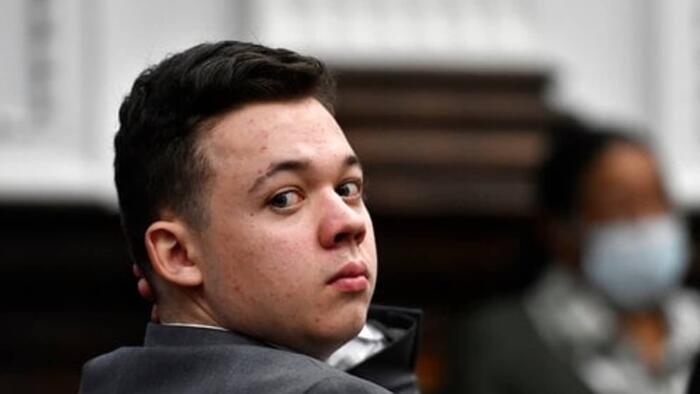 
Kyle Rittenhouse, who was acquitted of all charges stemming from an August 2020 shooting in Kenosha, Wisconsin, plans to sue a spate of celebrities, athletes and organizations for calling him a ‘murderer.’

Rittenhouse, who killed two men and wounded a third in self-defense after being pursued during an anti-police protest, told Fox News’ Tucker Carlson that he wants to hold major media and entertainment figures accountable – starting with talk show host Whoopie Goldberg.

“We are looking at quite a few politicians, celebrities, athletes, Whoopi Goldberg is on the list. She called me a murderer after I was acquitted by a jury of my peers. She went on to still say that, and there’s others,” said Rittenhouse, adding that Cenk Uygur of the Young Turks ‘continues to call me a murderer.’

TUCKER: “Will you be suing any news organizations?”

KYLE RITTENHOUSE: “We’re looking at quite a few, politicians, athletes, celebrities, Whoppi Goldberg is on the list, she called me a murderer after I was acquitted… So is Cenk [Uyhur] from the Young Turks.” pic.twitter.com/MULZf38Vkf

“My trial exposed a deep corruption in our media that cannot go unanswered. Their blatant lies, defamation, and propaganda were malicious attempts to tear our nation apart and destroy my life — and I am committed to holding them accountable … Me and my team have decided to launch The Media Accountability Project as a tool to help fundraise and hold the media accountable for the lies they said and deal with them in court.” -Kyle Rittennouse

During the 2020 incident, Rittenhouse shot and killed Anthony Huber and Joseph Rosenbaum before wounding Gaige Grosskreutz in the midst of riots and arson attacks following the officer-involved shooting of Jacob Blake in Kenosha. It came after months of left-wing riots and unrest that were sparked by the killing of George Floyd in May 2020.

The demonstrations turned chaotic at times, with people burning buildings. Rittenhouse and his friend, Dominick Black, joined a group to protect a used car lot on the night of Aug. 25, 2020. Black had purchased the rifle for Rittenhouse, who was 17 at the time.

The rifle and magazine that were used on that night were ordered destroyed by Wisconsin Judge Bruce Schroeder last month.

Schroeder, the same judge who presided over Rittenhouse’s criminal trial in November 2021, said defense attorneys and prosecutors will be provided footage of the destruction of the AR-15-style rifle and magazine. Assistant District Attorney Thomas Binger said the gun will likely be destroyed in April 2022.