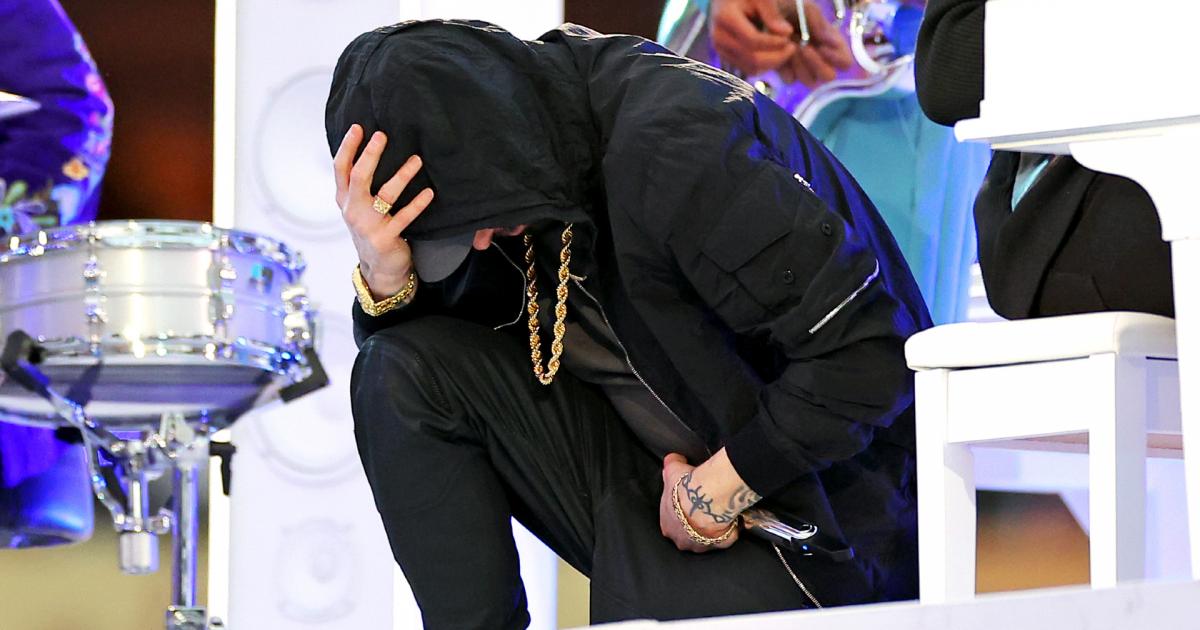 The Super Bowl 56 halftime show featuring Dr. Dre, Eminem, Snoop Dogg, Kendrick Lamar and Mary J. Blige received high praise on social media, as many viewers called it the best performance in the event’s history. The hip-hop heavyweights didn’t escape the stage without a little bit of controversy, though.

Before Sunday’s game between the Bengals and Rams, Puck News’ Eriq Garnder reported the NFL “nixed a plan” by Eminem to kneel in solidarity with Colin Kaepernick and social justice. The 49-year-old rapper did end up kneeling during the show, but NFL spokesperson Brian McCarthy told The MMQB’s Albert Breer the report was “erroneous,” noting the league had watched numerous rehearsals.

So, what really happened?

In a “TMZ Live” interview, Dr. Dre cleared up the controversy. The longtime producer revealed the NFL asked for small tweaks to the show, but Eminem kneeling was not one of them.

“There were a few things that changed, but it was like, really minor things,” Dr. Dre said. “Em taking a knee, that was Em doing that on his own. There was no problem with that.”

Did the NFL know Eminem was going to take a knee during the Super Bowl halftime show? We spoke with @drdre about how he put together one of the greatest performances of all time! pic.twitter.com/WZuOEB9Q5J

Obviously, profanity was nixed from the show. And it turns out there was another specific change.

Dr. Dre said Kendrick Lamar was not permitted to reference Los Angeles gangs as part of his performance of “M.A.A.D. City.” At the beginning of the unedited version of the song, Lamar goes, “If Pirus and Crips all got along, they’d probably gun me down by the end of this song.”

Despite some limitations, Dr. Dre and the other artists were “extremely excited” about the performance and reception afterward.

“All in all, everybody came in. We were professional. Everybody was on time,” Dr. Dre said. “Everybody really felt the magnitude of what this thing was and what we were gonna be able to accomplish.

“It was a fantastic experience.”