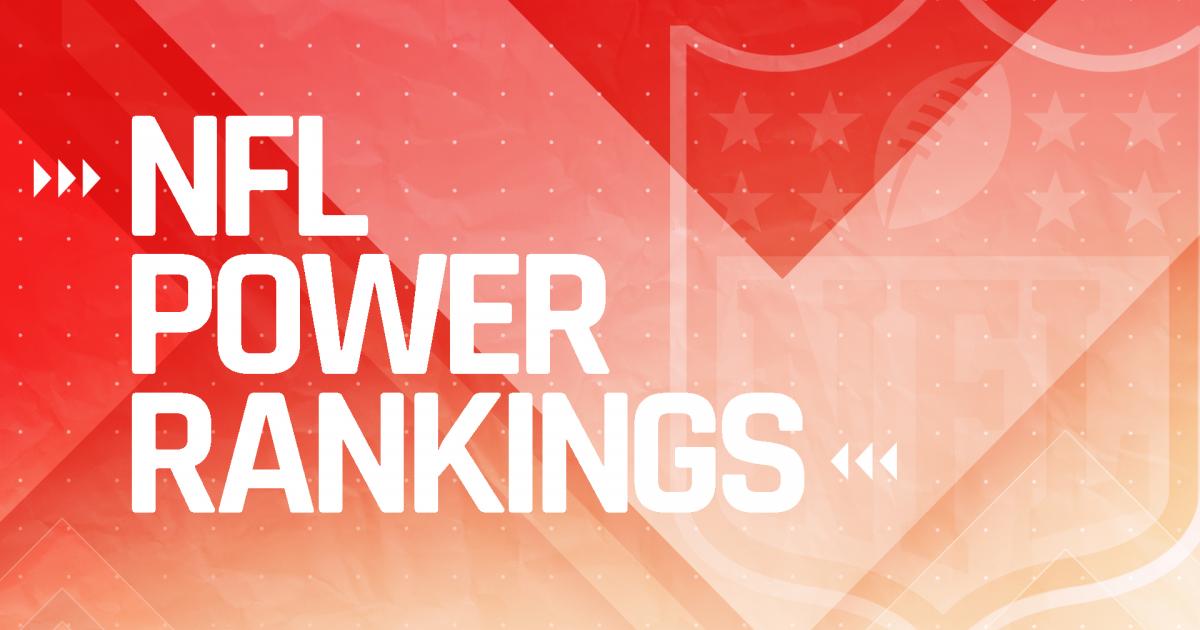 
There’s only one thing to think about when one NFL season ends with the best team in the league crowned as Super Bowl champions: Who will win it all next year?

The action doesn’t stop in the offseason as teams reset their rosters, for better or for worse, through NFL free agency in the draft. There already are the early odds on just how every team, from 1-32 will fare in 2022, from great to bad.

Here’s how Sporting News looks all the way ahead to September with our way-too-early power rankings, the first of the new year:

The Chiefs may be reshuffling their defensive personnel, especially in the secondary. They also could be changing up their receiving corps around Patrick Mahomes. As long as they have Mahomes and Andy Reid, they have a high floor as Super Bowl contenders, despite the disappointment of falling short of a third straight trip in 2021.

Josh Allen is on the brink of winning MVP and the Bills are still built strong offensively and defensively to flex right up there with the last two AFC champions, the Chiefs and Bengals.

Mahomes, Allen and Joe Burrow will be in the mix for big playoff results every year as the leading young guns in the AFC, with a honorable mention to Justin Herbert. Cincinnati got ahead of schedule in becoming a consistent contender.

This is based on Aaron Rogers returning to a loaded team with some free-agent issues. Matt LaFleur’s 13-win track record cannot be ignored to continue should he have his MVP QB back.

The Rams are in win-now mode, but that’s been the case for a while. They might take some free-agent hits (Odell Beckham Jr., Von Miller, offensive line), but Matthew Stafford and Cooper Kupp will keep the offense up and Aaron Donald and Jalen Ramsey will keep the defense formidable.

The 49ers will be flipping the switch at quarterback from Jimmy Garoppolo to Trey Lance in the latter’s second season, but that actually will give them more offensive upside to go along with a strong defensive foundation.

The Cowboys will stay in the mix with Dak Prescott and Kellen Moore keeping the offense explosive and Dan Quinn returning to maintain the defensive big-play quotient. But the pressure will be on Mike McCarthy for playoff success.

The Patriots got off to a nice start with Mac Jones, lifting the rookie QB with plenty of defense and the running game. Jones coming into his own in Year 2 vaults New England into the top 10.

Lamar Jackson will return healthy with his key offensive pieces upgraded by J.K. Dobbins and Gus Edwards returning to complement the big-play passing game. The defense will address some fades on all three levels.

The Titans will maintain their physical identity with Derrick Henry, Mike Vrabel and Ryan Tannehill in the leading roles They need a little more offensive consistency and explosiveness and better pass defense to turn the corner as a playoff team.

There’s no question Herbert can sling with the young playoff Big Three in the AFC. Now he needs his team to keep finding more explosive offensive facets and back that up with respectable run defense not to waste them.

The Eagles took some time finding their physical identity under former Colts offensive coordinator Nick Sirianni, The jury may still be out on Jalen Hurts’ passing, but the defense should get some upgrades all around with three first-round picks.

Carson Wentz was playing well until the end of the season, which is concerning going forward, but the Colts have a high floor because of the defense (even minus Matt Eberflus) and the Jonathan Taylor-led running game. Frank Reich just must decide quickly how much longer he wants to be tied to Wentz.

Put Kevin O’Connell on the early watch list for coach of the year because he will do wonders with Justin Jefferson, Dalvin Cook, Irv Smith Jr. and others behind a rising offensive line. The defense needs an overhaul but it can turn into a better complementary unit in cleaning up some age issues.

Kyler Murray’s and Kliff Kingsbury’s wild NFL ride continues. The oldest team in the NFL must sort through plenty of free-agency issues and make the right decisions to build on a wild-card run instead of fading from it.

The Browns deserve to start in the muddled middle after their post-playoff disappointment of season tied to injuries everywhere and ineffectiveness from Baker Mayfield. Kevin Stefanski is in a make-or-break situation with his QB.

The Seahawks also are hard to read in terms of whether they will still be tied to Russell Wilson and also make the necessary changes across the roster to contender with him healthy again.

The Steelers have the foundation of a great pass defense and should shore up their problems against the run for Mike Tomlin and Keith Butler. They should go to work on their offensive line and put Ben Roethlisberger’s replacement QB in a better position to succeed.

When you lose the GOAT to retirement and don’t have an obvious fallback solution to rebound, you drop a ton. The Bucs also have plenty of free-agency concerns to the point they will lose a big chunk of their 2021 starters.

The Commanders make their debut here based on the fact their defense should stay back on track with Chase Young returning and have plenty of offensive pieces to raise a high-upside young (likely first-round rookie) QB.

The Bears should be looking forward to what Eberflus can do to fix their defense and what it will be like to let Justin Fields loose in Year 2 with a Packers-styled offense.

The Saints will march on with Dennis Allen promoted from defensive coordinator to try to maintain many of the overachieving post-Drew Brees winning ways without Sean Payton. They need to be wary of a bad cap situation and avoid letting that put them into freefall.

The Broncos need to show us their QB solution with Nathaniel Hackett (Rodgers? Malik Willis? Kenny Pickett?) to make us believe they can be much improved overall after the disappointing Vic Fangio era, especially with the defense about to take more personnel losses.

The Dolphins are high on Mike McDaniel turning Tua Tagovailoa into a star worthy of Mahomes, Allen, Burrow and Herbert. First he needs to stay durable and grasp his third new offense in three seasons. The defense also will lose a bit with veteran concerns and no Brian Flores to oversee it.

Josh McDaniels was a hire out of left field and the Raiders will regret not giving Rich Bisaccia a longer look after he guided them to the playoffs post Jon Gruden with utmost respect from the players. The big question right away is whether McDaniels wants to be tied to Derek Carr long-term.

The Falcons did some positive offensive things with Arthur Smith, but they still didn’t have a traditional running and struggled to find a downfield passing game for Matt Ryan without Calvin Ridley. The defense still needs plenty of key pieces and it can lose some, too.

The Giants need to figure out whether Daniel Jones is the right quarterback for Brian Daboll. They should still upgrade their offensive line and figure out what chaff to cut from their wide receiver corps. The defense will again be the most reliable side at first.

Robert Saleh vows the Jets will be much-improved in Year 2. They have the draft capital to get his defense up to snuff on every level vs. just a few flashes. The big key will be Zach Wilson staying healthy and taking a big leap in Year 2 of Mike LaFleur’s offense.

The Panthers may be set to upgrade their offensive line and will have some better offensive hopes with a healthy Christian McCaffrey, but Matt Rhule is on a short leash and they wouldn’t get much better if they keep trotting out Sam Darnold at quarterback.

The Jaguars are trying to forget the Urban Meyer one-year experiment as soon as possible but it still provided a bad early setback for landing franchise QB Trevor Lawrence. Doug Pederson will be charged with whispering him first and foremost and just making the team functional and respectable again.

The Lions gave Dan Campbell more time in their massive rebuild with GM Brad Holmes. Getting a cornerstone defensive player and a franchise QB with their two first-round picks would expedite the transition.

The Texans promoted defensive coordinator Lovie Smith to be their head coach, but he’s not stepping into a more promising situation than predecessor David Culley, who went one and done because of Houston’s dysfunction.