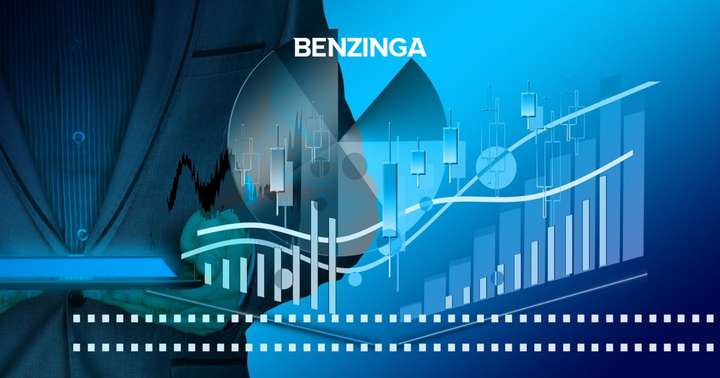 Here are the top 10 stock market moving headlines of the past week.

Along with earnings, Peloton made headlines for announcing that CEO John Foley was stepping down and being replaced by Barry McCarthy, the former CFO of Spotify Technology (NYSE:SPOT) and Netflix Inc (NASDAQ:NFLX). McCarthy got quite the welcome when fired Peloton employees crashed his first company meeting.

Peloton was circulated as a buyout target throughout the week, with rumored companies interested in the interactive fitness platform, including Apple Inc (NASDAQ:AAPL), Amazon.com Inc (NASDAQ:AMZN) and Nike Inc (NYSE:NKE).

Disney’s parks, experiences and resorts segment had revenue of $7.2 billion, up over 100% year-over-year. This was the second consecutive quarter of this segment having year-over-year growth of 99% or more.

7. Uber Earnings: Uber Technologies (NYSE:UBER) reported quarterly earnings and hosted an investor day during the trading week. The company reported revenue of $5.78 billion, up 83% year-over-year. The total came in ahead of consensus estimate earnings.

Shares of Uber were halted Thursday as the company presented its outlook at its investor day. The company turned a profit for the first time as a public company in the fourth quarter and offered a plan for more growth and profits going forward.

5. Zendesk Earnings: Software company Zendesk Inc (NYSE:ZEN) reported fourth quarter revenue of $375.4 million, up 32% year-over-year. The total came in ahead of street consensus estimates of $369.8 million. The company reported earnings of 16 cents per share in the quarter, missing a street estimate of 18 cents.

The company also rejected a private equity buyout offer and did not share many details on the reason why.

3. Bitcoin Hack: The U.S. Department of Justice is charging Heather Morgan and Ilya Lichtenstein for their reported role in the hack of cryptocurrency exchange Bitfinex in 2016. The pair is said to have stolen $4.5 billion in Bitcoin. The government has seized $3.6 billion of the total.

The story was widely covered by the investing and cryptocurrency industries, with many circulating the past history of the pair, including an aspiring rap career by Morgan. TikTok videos and YouTube videos from Morgan covered Bitcoin, Ethereum and even investing in GameStop Corp (NYSE:GME). Morgan also was a contributor to Forbes Women, writing articles on becoming a successful YouTuber and ironically enough, tips on how to protect your business from cybercriminals.

2. SpaceX Event: An event held Thursday featuring Tesla Inc (NASDAQ:TSLA) and SpaceX CEO Elon Musk highlighted the space company’s plans for its starship to reach orbit this year. Musk said SpaceX plans to receive approval from the Federal Aviation Administration in March. Musk highlighted the reusability plans by SpaceX and success rate of past missions. Musk also offered his take on what’s to come for Earth.

“Eventually, the sun will expand in a few hundred million years and destroy all life,” Musk said. “It is very important that we become multiplanetary species and ultimately even go beyond the solar system.”

1. January Inflation/CPI Data: The Labor Department reported a 7.5% increase in the Consumer Price Index for the month of January in a report presented on Thursday. This marked the fastest inflation growth since 1982. Analysts had forecasted CPI to rise 7.2%. Core inflation excluding food and energy prices was up 6% in January. U.S. wages were up 5.7% year-over-year in January.