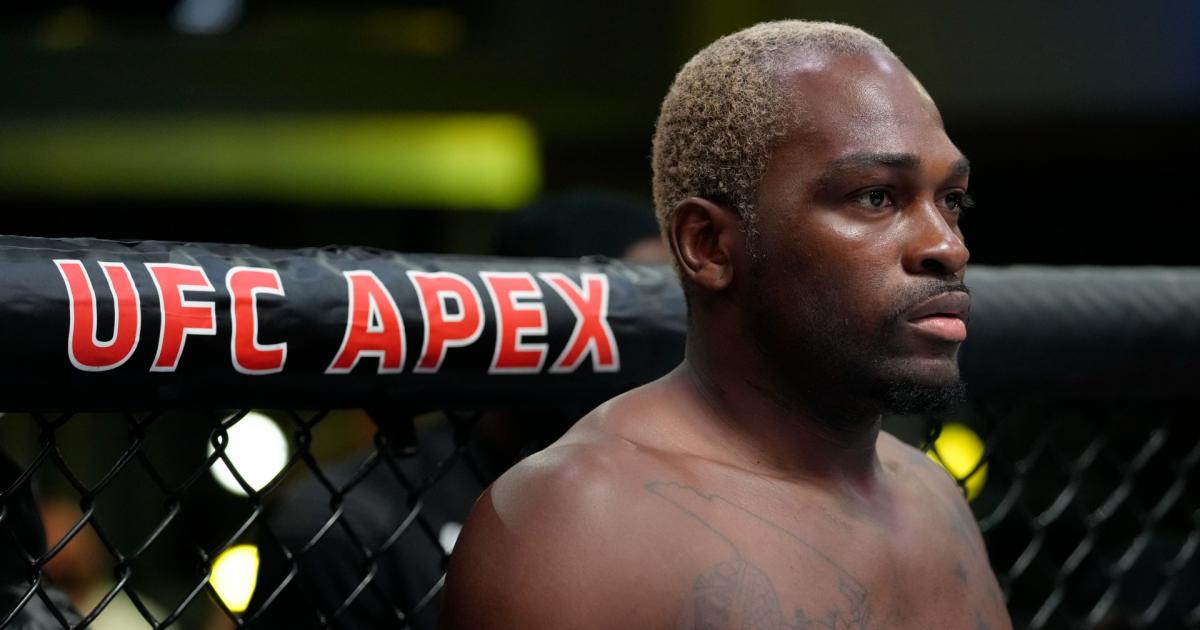 Knocking at the door waiting for a title opportunity, Derek Brunson is ready to make himself at home as the number one contender for the UFC middleweight title. He must first get past Jared Cannonier at UFC 271.

Inside the Toyota Center in Houston, Texas, Brunson and Cannonier will clash in an important middleweight bout. On a fight-fight win streak, Brunson has had to wait patiently for his time to shine. He faces a fighter in Cannonier who is 4-1 in his last five fights. After losing to Robert Whittaker at UFC 254, Cannonier rebounded against Kelvin Gastelum in August. Brunson respects Cannonier but believes he has an edge in the fight.

“He’s just another one of these fighters, trying to win fights,” Brunson said during UFC 271 media day. “ Jared is a guy who is opportunistic… He’s just a solid, tough guy. I feel I match up really well. He has to come out and fight the perfect fight. He’s got to have a little luck on his side and catch me. Skill for skill, it’s not even close.”

Making his pro debut in 2010, Brunson joined the UFC in 2012. going 14-5 with the promotion, Brunson has yet to fight for a title. His last fight was a submission win over Darren Till back in September. Becoming a fan-favorite and ranked fourth in the middleweight rankings, Brunson is basically competing in a number one contender’s bout.

The main event of UFC 271 is Israel Adesanya defending the UFC middleweight title against Robert Whittaker. It is a rematch from when Adesanya beat Whittaker at UFC 243. If Whittaker regained the title, a trilogy fight is expected. If that is the case, and Brunson wins in impressive fashion, he is more than willing to wait until he fights for the title. Brunson has a plan in place as his MMA career winds down.

“I’m going to sit and wait for title fight after I win this fight,” Brunson went on to say. “I’ve done everything I need to do in this division. Honestly, I plan on fighting two more times. I feel like I’m lucky and blessed to fight in the UFC 20 times and I’m super smart. I’ve got a good brain on my head. So, I don’t want to fight until I can’t fight no more. That’s all I’m thinking about right now. Beating Cannonier, beating Izzy, and riding out. That’s it.”

Brunson mentioned that he has plans outside of fighting, which includes real estate, operating his gym and fight promotion, and managing fighters. At 38, he understands the toll the sport takes on a person. Ready to be his family, Brunson’s plan all depends on Saturday’s fight.

As far as the main event is concerned, Brunson has a history with both fighters. Whittaker ended his five-fight win streak in 2016, beating him via TKO. In 2018, Adesanya beat Brunson via TKO, the last loss Brunson suffered. With Whittaker looking like a much different fighter compared to the Adesanya bout three years ago, Brunson believes this fight will be one to watch.

MORE: UFC 271: Tai Tuivasa going into the biggest fight of his career like only he can

“I think it’s going to be a good fight,” said Brunson. “I think Whittaker will be able to make a few adjustments. It will be a more competitive fight. They’ll keep the pace slower, and maybe look like Izzy-Romero with a bit more action. Whittaker switched up a few things, I think he’s going to be a little bit more patient, Whittaker is pretty aggressive and he likes to leap in, so I think he’ll be a little bit more patient this time and slow the fight down.”