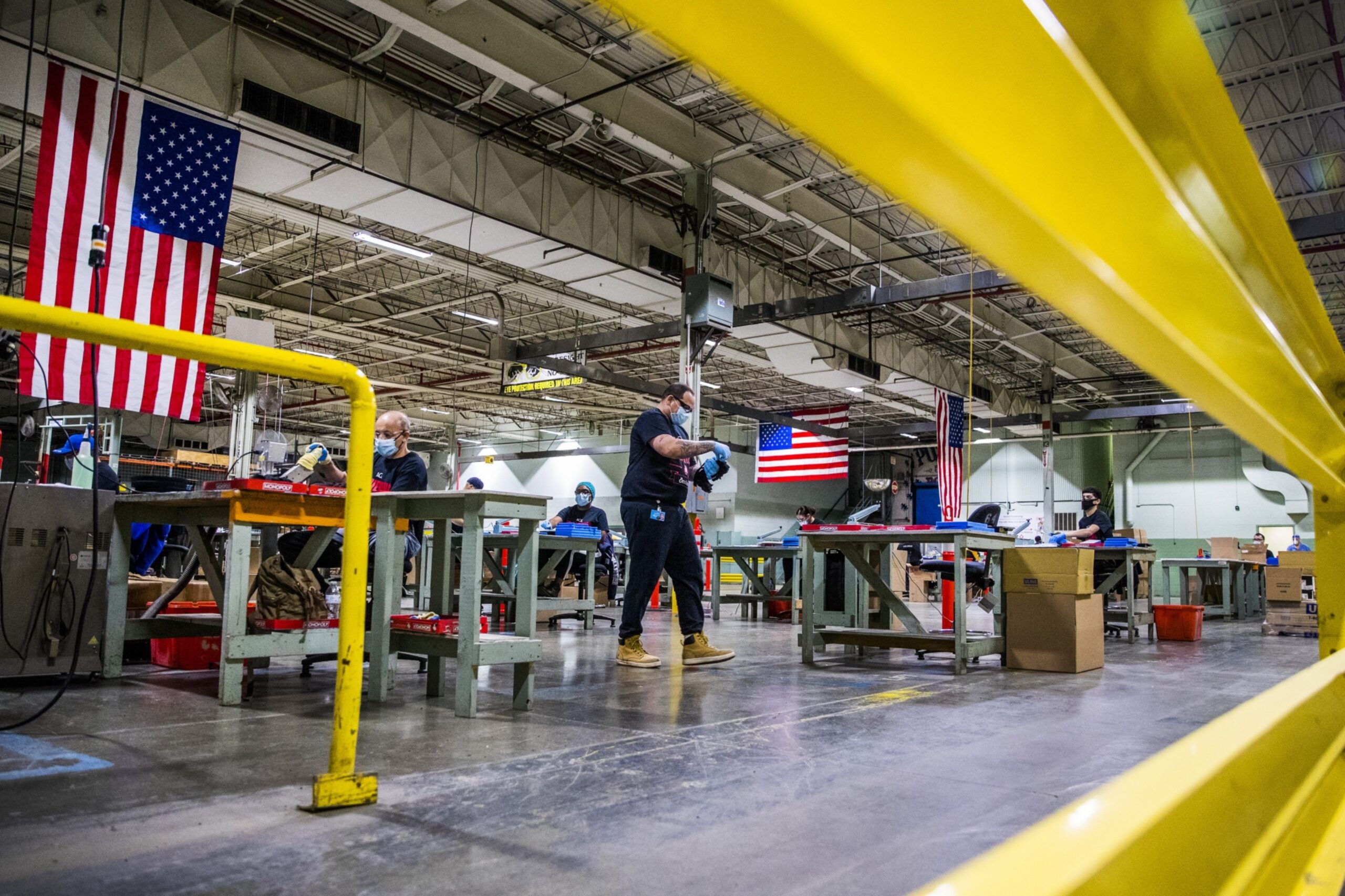 
The pandemic shift to working at home has spurred blue-collar Americans -– who’ve largely been left out of that trend -– to seek a career change.

A new study by the Oliver Wyman Forum found that the desire for more work flexibility was a key motivation for blue-collar employees to make the transition. It also said that almost four out of five who tried were successful.

“Despite being front and center during the spread of Covid-19, the well-being of blue-collar workers took a back seat,” the report said. “Most clocked hours in person -– putting themselves and their loved ones at risk –- while they watched their white-collar counterparts migrate to comfortable and safe remote setups, with their jobs and pay protected.”

To be sure, any such moves are on a small scale when measured against the overall labor force. Still, they can add to the difficulties facing U.S. businesses as they try to fill record numbers of vacant jobs –- more than 10 million as of November – in a rebounding economy.

Federal Reserve surveys of manufacturing firms continue to highlight the shortfall. “Applicants are trickling in,” one firm told the Kansas City Fed. “Not fast enough to satisfy current demand.”

Economists point to lagging pay, Covid sickness, a lack of child-care facilities and early retirements among the reasons for the squeeze. Career rethinks may be another one.

Research by Brad Hershbein, an economist at the W.E. Upjohn Institute for Employment Research, shows that there was a bigger migration last year -– compared with 2019 — from blue-collar jobs in construction or mining to more office-based fields.

Using U.S. Census Bureau data for the three months through November, he calculates that between 6.5% and 8.4% of blue-collar workers from construction, transportation and production who changed their jobs moved to white-collar professions.

The Oliver Wyman Forum study found that the shift from blue- to white-collar work has been most pronounced in IT industries, including cyber security, and sales. Respondents to the group’s survey said they quit because they wanted more flexible hours and better benefits.

“If they’d let me have some of the flexibility that we see our white-collar counterparts experiencing,” said one participant, “I’d gladly stay.”

Like the option to work from home, benefits such as paid sick leave aren’t evenly distributed. The latter was available to only 59% of workers in service occupations, the Bureau of Labor Statistics said last March, compared with 93% in management, professional and related occupations.

He also says firms that are strapped for talent are reconsidering the entry criteria for some types of jobs -– opening alternative paths to white-collar work.

Insurer Aon Plc, for example, has dropped a degree requirement for some positions and organized its own specialized training via a local community college. International Business Machines Corp. and PwC have also relaxed their credential criteria.

College enrollments are down by almost 1 million in the pandemic, with the biggest drop among men. Lee says that free or low-cost programs have helped lower barriers to entry for some jobs. He cites Google Career Certificates, a program that was initially used by Alphabet Inc. to train its own tech support staff, and has since been made public and expanded.

The majority of the program’s 50,000 graduates identify as African-American, Hispanic, female, or military veterans without a college degree, according to Google.