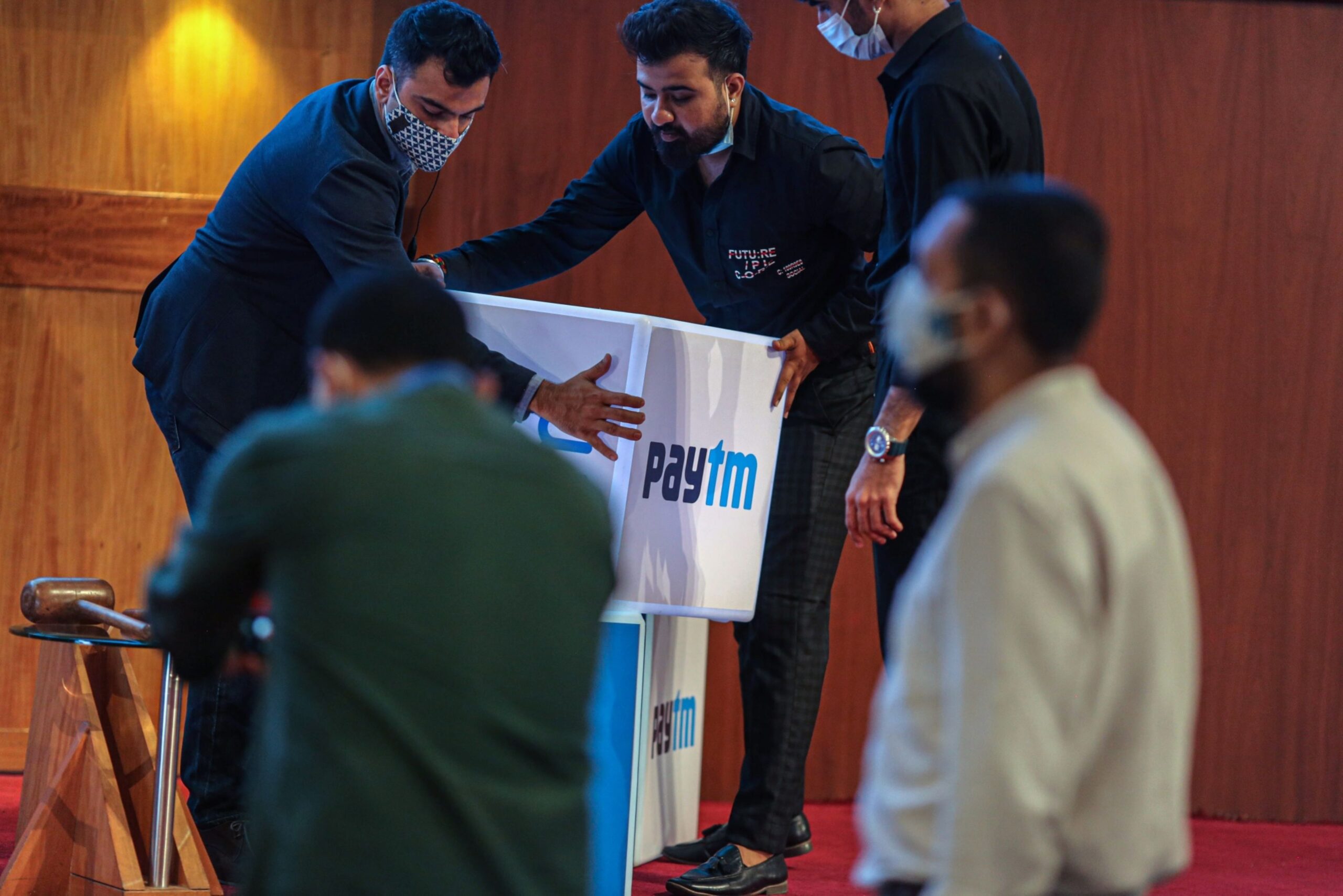 
The collapse in the shares of Paytm following India’s largest initial public offering is proving an expensive lesson for the firm’s early backers.

Paytm shares have tumbled 58% since the stock listed on Nov. 18. That’s cut the valuation of its parent One 97 Communications Ltd. to $7.8 billion from $20 billion.

SoftBank Group Corp.’s 2017 investment valued the Indian company at about $7 billion, according to people familiar with the matter. Berkshire Hathaway Inc. invested in One 97 when the company was valued at more than $10 billion in 2018, and T. Rowe Price Group Inc. invested at a $16 billion valuation the following year, the people said.

Paytm is struggling to convince investors and analysts alike of the potential for the digital payment giant’s business model. Losses widened to 4.74 billion rupees ($63 million) in the July-to-September quarter from a year ago amid rising expenses. The plunge in its shares amid a global equity selloff has also cast a shadow over the prospects for technology firms preparing to go public in the Indian market. More than 40% of firms that sold shares for the first time in India last year are under water.

A representative for Paytm said by email that the effective cost of SoftBank’s 17.47% stake in the company is 800 rupees per share and for Ant Group it’s 330 rupees per share, declining to comment further on valuations. The stock closed at 903.05 rupees on Friday. Jack Ma’s Ant is the biggest shareholder with a 25% stake.

SoftBank and T. Rowe Price declined to comment, while representatives at Berkshire Hathaway and Ant didn’t respond to requests for comment.

Paytm raised $2.5 billion in its IPO, which was priced at the top of a marketed range. Its debut was one of the worst by a major technology firm since the dot-com bubble era of the late 1990s. Pre-IPO investors have a one-year lock-in that expires in November, according to its offer document. Paytm provides digital loans, insurance, wealth management and stockbroking services.

–With assistance from Katherine Chiglinsky, Jun Luo and Filipe Pacheco.

Photograph: Workers prepare the stage during the listing ceremony for the IPO of One97 Communications Ltd., operator of PayTM, at the Bombay Stock Exchange in Mumbai, India, on Thursday, Nov. 18, 2021. One 97 Communications Ltd., which operates India’s pioneering digital-payments brand Paytm, fell in its trading debut in Mumbai as investors questioned the company’s valuations and path to profitability. Photo credit: Dhiraj Singh/Bloomberg.