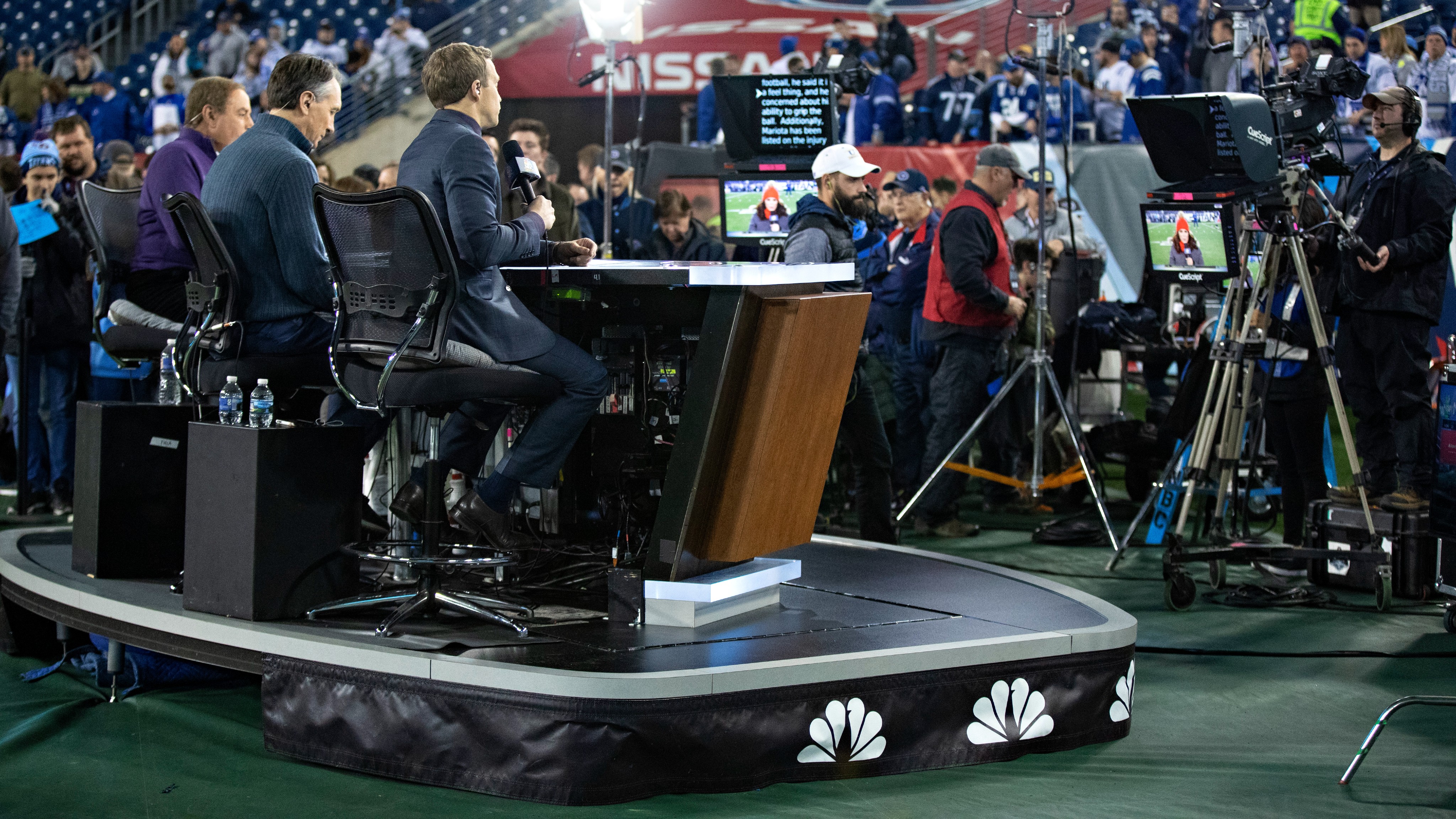 
No event draws more viewers in the United States than the Super Bowl. Every year, more than 100 million viewers turn on their TV to watch the AFC and NFC champions square off to determine the NFL’s title winner. The Super Bowl always consistently draws audience even though it’s not consistently on the same channel.

The NFL has a broadcast rights deal that allows three networks to share the Super Bowl rights. NBC, CBS and Fox alternate which network broadcasts the game every three years, though the cycle for the 2022 Super Bowl is a bit different, as NBC wanted to broadcast both the Super Bowl and Olympics, so it traded years with CBS.

As such, NBC will be showing the Super Bowl, and viewers will surely see a lot of promotions for the Winter Olympics.

The broadcast should be a strong one, as Al Michaels will be on the call for his 11th Super Bowl. He’ll be paired with Cris Collinsworth who will certainly be pounding home PFF stats and bringing his unique voice to the game.

Below, we’ve got more of what you need to know about the 2022 Super Bowl broadcast.

Who is broadcasting the Super Bowl in 2022?

NBC will broadcast Super Bowl 56 on Feb. 13, 2022. They are one of three networks, along with Fox and CBS, who agreed to a Super Bowl broadcast deal with the NFL in 2006. As such, they rotate which network gets to show the Super Bowl on a three-year basis.

The deal between the NFL and these three networks, which was first signed in 2006, was originally set to expire following Super Bowl 56. However, the NFL agreed on an extension of the deal through 2033 last March, so NBC, Fox and CBS will continue to be the home of the Super Bowl for another decade.

In Canada, the Super Bowl is being broadcast on TSN and CTV, and is also available to live stream on DAZN.

Below is the list of Super Bowls that have been broadcasted (and will be broadcasted) with the rotation set by the current TV agreement.

How much does it cost to broadcast the Super Bowl?

The rights to the Super Bowl broadcast are not sold individually, at least not yet, so it’s hard to say exactly how much it costs to broadcast the Super Bowl. That said, we do know what the major networks are paying for NFL rights in general.

CBS, Fox and NBC all pay an excess of $2 billion to broadcast the NFL under the league’s new broadcast deal. Fox ($2.2 million) is the biggest spender, NBC ($2 billion) spends the least and CBS ($2.1 billion) ranks right in the middle. These numbers are more than double what each side paid under the previous deal.

Under the new TV agreement, Amazon Prime will pay $1 billion to take over the “Thursday Night Football” window exclusively. That’s a combined $7.3 billion to broadcast just one full NFL season, without including ESPN’s “Monday Night Football” payment. That said, it’s unclear what portion of that income specifically relates to the Super Bowl.

Michaels and Collinsworth are the top NFL broadcast team for NBC, and they will call the Super Bowl on Feb. 13 at SoFi Stadium in Inglewood, Fla.

This will mark Michaels’ 11th Super Bowl as a play-by-play voice. He first worked as a pre-game show host during Super Bowl 19, but by the 22nd Super Bowl, he was firmly entrenched as a broadcaster. His partners have included Frank Gifford, Dan Dierdorf, Boomer Esiason, John Madden, and Collinsworth, with who he has previously worked three Super Bowls.

Meanwhile, Collinsworth is working his fourth Super Bowl game in the booth, though he also appeared on pre-game shows during his early days as a broadcaster.

This may be the last game for the Michaels/Collinsworth duo. Why? Because Michaels, 77, is set to be a free agent after the season and has drawn interest from major broadcasters like ESPN and Amazon to join their booths instead. Michaels hasn’t made an announcement about his future, but all signs point to him leaving NBC and Mike Tirico replacing him in the booth.

Tappen is presumably the successor for Tafoya and replaced her for a three-game stretch of the 2021 NFL season. She was on the sideline along with Tafoya during NBC’s divisional-round game, so it stands to reason she’ll do the same during the Super Bowl.

Tappen previously worked in-studio as part of NBC’s NHL coverage before ESPN bought the NHL broadcast rights ahead of the 2021-22 NHL season.

What channel is the Super Bowl on?

Super Bowl 56 will be broadcast nationally on NBC.

Below are the top 40 TV markets in the United States and the local NBC affiliate for each.