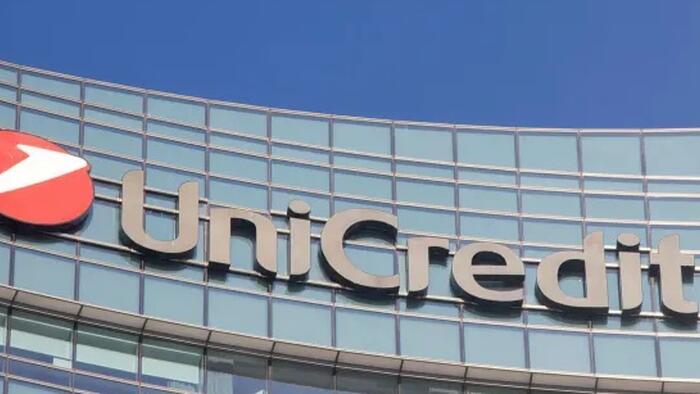 UniCredit’s pursuit of the deal had been reported earlier this month by Reuters and others. Right off the bat, European regulators (including the ECB) apparently interpreted the news as a sign of disrespect toward NATO, and the central bank reminded UniCredit of the severe economic sanctions that could apply should Putin make a move. A few days ago, Reuters added that plans for a buyout were on the rocks, and that UniCredit was now “unlikely” to pursue the deal with the Moscow-based lender.

Now, UniCredit is reassuring its shareholders that the deal is dead due to the “geopolitical environment”.

“Given the geopolitical environment we decided to withdraw from the data room,” Orcel said Friday.

To be clear: UniCredit’s decision to abandon the deal means it has decided that now is not the time to expand its business in Russia. The Italian lender has been doing business in Russia since 1989 (before the fall of the Soviet Union) and it continues to operate a brisk business in the country.

Given it’s exposure to Russia, UniCredit included a detailed warning about the potential blowback it might face from conflict in Ukraine.

“The negative economic impact is expected to mainly come from a potential energy shock, especially for countries more vulnerable such as Germany, possible tensions in financial markets and, to a lesser extent, through the trade channel,” the bank said.

European banking analysts have warned that any expansion in Russia would threaten UniCredit’s ability to return billions of euros to shareholders by 2024, as management has pledged to do.

As we explained (via Politico) earlier this week, business ties between Italy and Russia have been strong since the Soviet era, going all the way back to the 1960s.

Even from the days of the Cold War, Italy has had unusually tight links with Russia. In the 1960s Fiat produced cars in the Russian town of Tolyatti, named after Italian communist leader Palmiro Togliatti. Eni has also been operating there since the 1960s, while a Pirelli factory received the Soviet Union’s Order of Lenin award in the same decade. “Among European countries, Italy is probably the closest to Russia for economic and cultural ties,” noted Aldo Ferrari, a Russia expert at think tank ISPI and professor at Ca’ Foscari University in Venice.

While Italy has maintained a much warmer relationship with China and Russia than many of its European neighbors to the north, the country’s brief flirtation with an anti-establishment government ended nearly one year ago when Mario Draghi was installed by the country’s elites to implement a “reform” agenda. From that point on, the writing was on the wall for Italian businesses.

In other news, Russia’s Interfax reported Friday morning that Russian gas giant Gazprom is planning to issue a large euro-denominated bond next month (so long as geopolitical conditions allow). If anything, this is just another reminder that Europeans need to get their natural gas from somewhere, and shipping crates of LNG across the Atlantic simply isn’t sustainable from a financial or logistical standpoint.