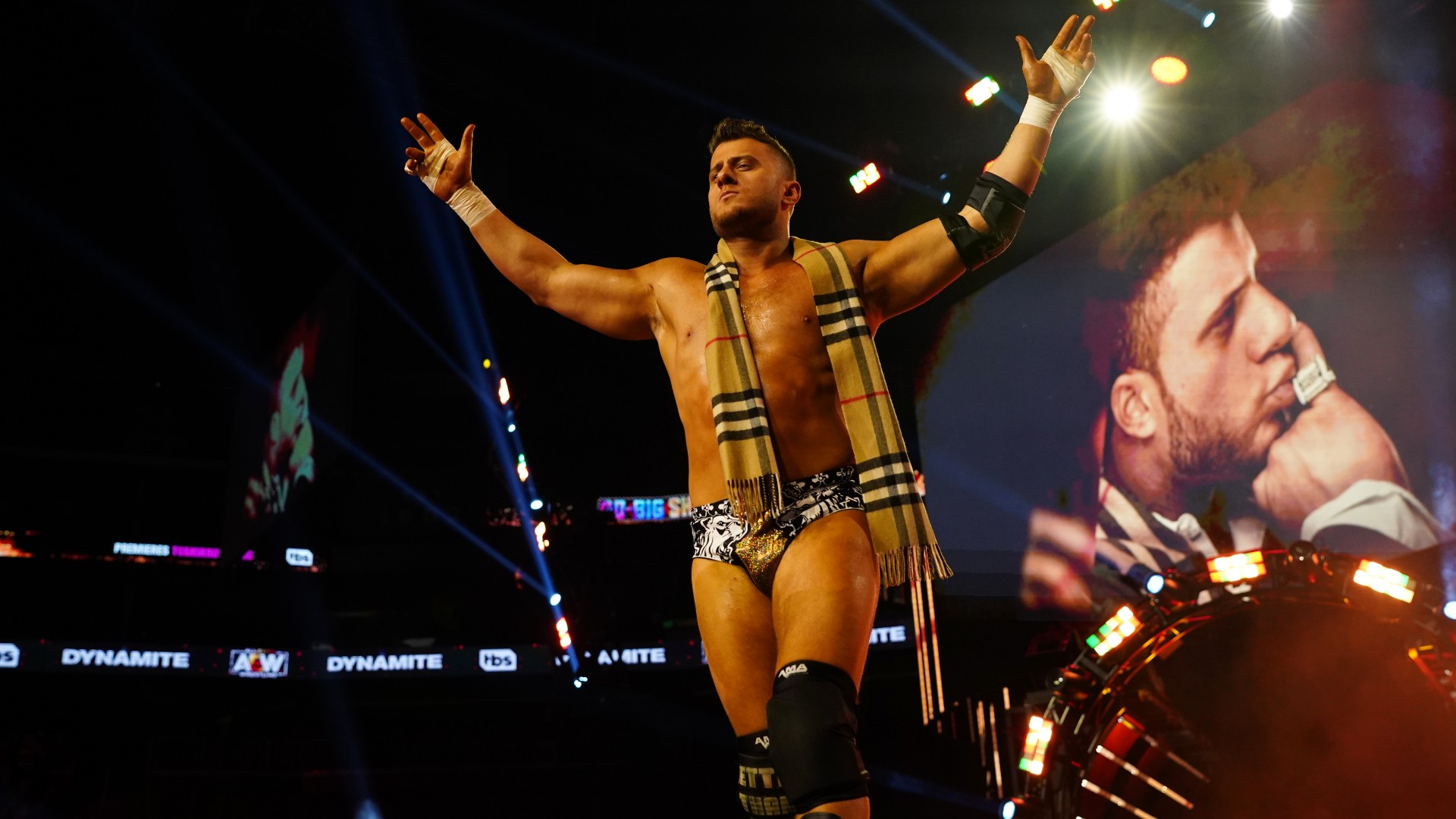 One of the fastest-rising stars in pro wrestling today is Maxwell Jacob Friedman. Competing for All Elite Wrestling, MJF is not afraid to tell you to your face that he is better than you. His outspoken attitude in and out of the ring resulted in him being named the Pro Wrestling Illustrated’s Most Hated Wrestler of the Year for 2021.

A two-time Dynamite Diamond Ring winner, MJF does not lack confidence. Working with veterans like FTR and Tully Blanchard, Shawn Spears, and the young, powerful Wardlow, The Pinnacle has taken over the company. Is there tension, however, between MJF and Wardlow? Regardless, MJF must focus all of his energy on the returning CM Punk in a feud pitting two of the best talkers against one another.

What does MJF think about Punk, Wardlow, and himself? Sporting News caught up with the Long Island native, who did not pull any punches.

Sporting News: A few years ago, you mentioned you wanted to be a household name, and every time someone brings up the name MJF, they said, “he’s the best.” Are you there right now?

MJF: Not only am I there, but the stats are there to prove it. I am one of the biggest on-average ratings draws not just on AEW Dynamite, but in all of professional wrestling. I am the biggest homegrown AEW star on Google Trends. Anybody not an ex-WWE guy in the company, my name pops up. Not only do I feel like I’m a household name, at this point, I feel like a megastar.

I’m in the ring with guys like CM Punk, and I am verbally assassinating him. A guy who everyone claims is one of the greatest promo guys of all time, I’m chewing him up and spitting him out. To answer your question, yes, emphatically yes.

SN: Regarding your rivalry with CM Punk, do you think that Punk joining AEW means he’s trying to take your spot?

MJF: I would say he’s taking my spot if he wasn’t running away from me for the past three months now. Outside of that, if anything, I have taken his spot. He was supposed to come in here and be the guy, and very clearly I am. Is he a thorn in my side? Yes, but because, realistically, I should be world champion right now. Not just a one-time world champion, a two-time world champion because Dictator Jon (Moxley) used an illegal maneuver in our matchup at a pay-per-view. Right now, I should already be the AEW World Champion because moronic people like you believe he’s on my level.

SN: Do you not believe CM Punk is on your level?

MJF: No, not even close. Look back at the promo battle that we had, which was trending number one on all of YouTube worldwide. Almost four million views. You tell me if he is on my level. I thought so.

SN: You have fought one another on the mic, but what about in the ring? How do you see a match between you two going?

MJF: Punk is mid. Let’s be honest though, seven years not being in the ring is a long time. That’s a long time for anybody, I don’t care how great you are. Don’t get me wrong, Punk is great. I’m just better than him, and he knows it. Realistically, we’ve seen his matches. With the exception of the match with Shawn Spears. By the way, if you want my honest opinion, I think Punk cheated. Spears was not prepared when the bell rang, he was still waving “hello” at me. It’s been very obvious that Punk has struggled to get a win in AEW. No matter who the opponent is. I’m going to be honest with you, I don’t think he has a prayer if we ever get in the ring together.

SN: During your time in AEW, you have had Wardlow by your side. Recently there’s been some tension between you two. Any update on your relationship?

MJF: No tension. I’m very proud of Wardlow and his success. Albeit, I think he needs to mention more that his success is all because of me, but that is OK. I put a house and a roof over not just Wardlow, but his entire family’s head. I think Wardlow, at times, is forgetful of that. He’s forgetful that his checks aren’t signed by Tony Khan. His checks aren’t signed by the fans. His checks are certainly not being signed by CM Punk. They are signed by me. Sometimes I have to casually remind him that, and that is OK.

SN: You tweeted out a message to Powerhouse Hobbs on his birthday. “Happy birthday to the best big man in AEW by a country mile.” For clarification purposes, are you insinuating something, going back to Wardlow?

MJF: I’m not insinuating anything, just stating a fact. I think Powerhouse Hobbs is quite possibly the most enticing prospect not just in All Elite Wrestling but in all of professional wrestling. I feel that he is a credible athlete, I feel that he is great on the stick, I think he has an incredible look. People think that was shade at Wardlow. I don’t consider Wardlow a big man, I consider Wardlow a hybrid athlete. No shots, no rocks being thrown at the Wardog, love me some Wardlow.

SN: You formed The Pinnacle, which is full of veterans. Have they taught you any valuable lessons?

MJF: More than you ever could imagine. Dax and Cash have taught me that there is beauty and simplicity, bell to bell, in the ring. They have also explained to me how important being tenacious and intense is. You can flap your gums all you want, but if you can’t get the job done bell to bell, nothing else matters. You need to be violent in there. I was fairly violent before I met them. They taught me a lot of different techniques, especially how to cut a ring in half in a tag team match, and I’ve been a singles competitor my whole career. I’ve learned quite a lot just by tagging with Dax and Cash.

As far as Spears goes, Spears has taught me a lot about timing, lock up etiquette, and he’s taught me how to swing a hell of a chair shot. All of these guys have been great. Tully, he’s told me so many stories of his heyday, and it’s honestly helped me grasp this business even more. Truth be told, I was already a prodigy before I met all these men. The simple fact that I can pick their brain, it makes me as a competitor very scary. And that’s why The Pinnacle is always on top.

SN: Do you have any advice for your rookie self?

MJF: Don’t change a single thing, don’t listen to the old heads. Everyone that gives you advice before you go to AEW is simply trying to hold you back. The number of people who told me I shouldn’t talk the way I talk, walk the way I walk, wrestle the way I wrestle, the ones that knew I was going to surpass them, is absolutely insane. I’m better than you all, and you know it.