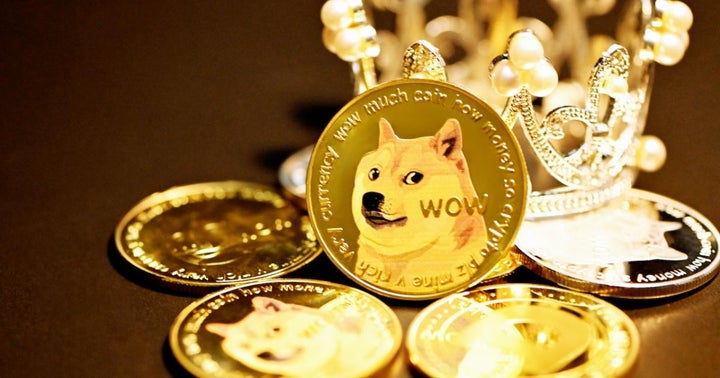 
Dogecoin (CRYPTO: DOGE) was running almost 7% higher at one point on Wednesday morning before giving back more than half of its gains by early afternoon.

The Shiba-Inu-themed cryptocurrency was thrust into the spotlight again recently after McDonald’s Corp (NYSE:MCD) responded to Dogecoin co-creator Billy Markus, who wrote “I want a fry,” on Twitter Inc (NYSE:TWTR) with an image of the popular meme with a French fry.

The image has received more than 15,000 likes and McDonald’s may now be debating whether or not to accept Dogecoin as payment.

On Tuesday, McDonald’s bantered back at Tesla Inc.’s (NASDAQ:TSLA) CEO Elon Musk on Twitter in response to Musk saying he would eat a Happy Meal on television if the fast-food giant agreed to accept the crypto. McDonald’s said it would accept Dogecoin but only if Tesla agreed to accept grimacecoin, a new micro crypto that didn’t exist until Wednesday.

Despite the series of posts on Twitter, Dogecoin has failed to make any major gains. But, that may be set to change if the crypto can continue in its current trend.

On Wednesday, Dogecoin was printing an inside bar on the daily chart with its price range completely inside Tuesday’s mother bar. The pattern leans bullish because Dogecoin was trading higher before forming into the pattern, but traders can watch for a break of the inside bar on Wednesday to confirm future direction.

In order for the break of the inside bar to be confirmed, traders and investors will want to watch for higher-than-average volume to come in on lower timeframes. On Wednesday, Dogecoin’s volume indicated the crypto was in a period of consolidation, coming in at just 407,000 compared to the 10-day average of 479,044 by late afternoon.

Want direct analysis? Find me in the BZ Pro lounge! Click here for a free trial.