Value stocks have been some of this year’s best performers as investors search for companies that benefit from the improving economic outlook at the expense of high-growth technology shares.

Current reflects investors making the shift from risk-on assets that characterized growth stocks the past year, to more risk-off stocks, given the uncertainty of future market direction.

Given the change in investor risk appetites, we’re highlighting three leading value-themed names that are well worth considering as market participants continue to dump risky stocks for safer bets.

British American Tobacco (NYSE:) is a U.K.-based multinational cigarette and tobacco manufacturing company. Its most recognized and best-selling products, sold in over 180 countries around the world, are the Newport and Lucky Strike brands.

With a price-to-earnings ratio of 12.1, and an annualized dividend of $2.96 per share at a sky-high yield of 7.89%, British American appears a good option for investors looking to hedge in the face of further volatility in the months ahead.

Indeed, the quantitative models on InvestingPro point to roughly 39% upside in BTI stock from current levels over the next 12 months, bringing shares closer to their fair value of $60.06. 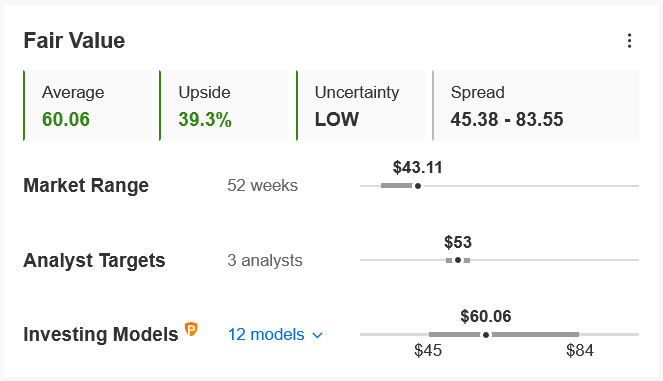 BTI rallied to its best level since February 2020 at $43.90 on Monday. It closed Tuesday’s session at $43.11. At current valuations, British American, whose primary listing is on the London Stock Exchange, and is a constituent of the , has a market cap of $98.3 billion.

The London, England-based Big Tobacco company, which has capitalized on its recent shift to non-combustible, reduced-risk products, has seen its stock jump nearly 15% year-to-date, far outpacing the comparable returns of both the and the .

As the Fed tightens monetary policy and inflation continues to rage, we expect high quality value companies that are sensitive to the improving economic outlook to outperform the broader market. That makes the San Ramon, California-based oil giant, which operates in approximately 180 countries, a solid pick for the weeks and months ahead.

Chevron’s stock has a comparatively low P/E ratio of 24.6, making it cheaper than other notable names in the energy sector, such ConocoPhillips (NYSE:), Schlumberger (NYSE:), Pioneer Natural Resources (NYSE:), and Devon Energy (NYSE:). 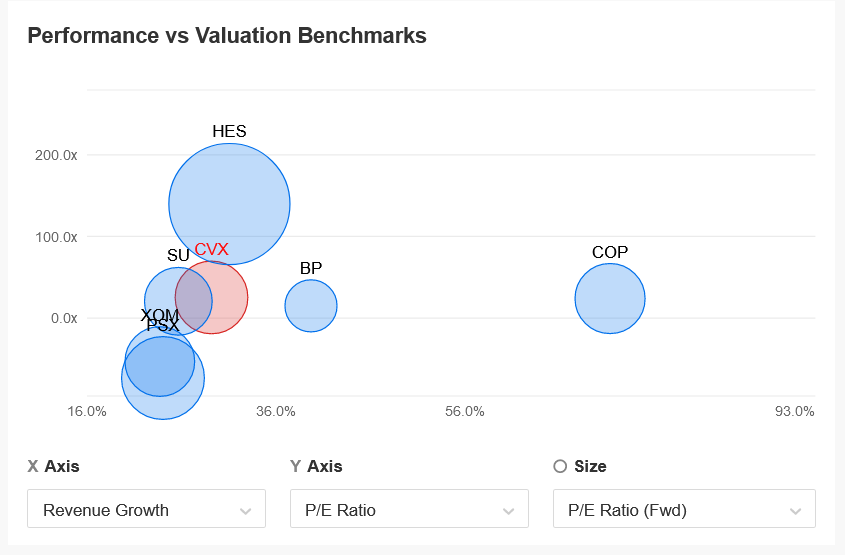 In addition, Chevron’s relatively high dividend, currently at $1.34 per share, which implies an annualized dividend of $5.36 per share, further enhances the appeal of the company. The stock’s dividend yield is currently 4.57%, more than triple the implied yield for the S&P 500, which is 1.39%.

Chevron, which reported and revenue that easily topped expectations in the previous quarter, has analyst consensus calling for EPS of $3.10 for the fourth quarter, swinging from a loss of $0.01 per share in the challenging year-ago period.

Revenue is forecast to jump nearly 77% year-over-year to $44.7 billion. Beyond the top- and bottom-line figures, investors will be eager to hear if the energy giant plans to return more cash to shareholders in the form of higher dividend payouts and share buybacks.

Coca-Cola (NYSE:) is a North American multinational beverage corporation, best known for the manufacturing, retailing, and marketing of its namesake Coca-Cola brand. Its other notable soft drink brands include Sprite and Fanta, as well as non-carbonated beverages Powerade, Nestea, and Dasani water.

While sharp losses have walloped non-profitable high-growth technology stocks to start the new year, defensive areas of the are seeing strong gains as investors pile into cyclical groups that do well in an economic recovery.

With a P/E ratio of 29.3, Coca-Cola stock comes at a moderate discount when compared to its notable peers, such as PepsiCo (NASDAQ:), Keurig Dr. Pepper (NASDAQ:), and Monster Beverage (NASDAQ:).

The maker of the iconic Coca-Cola brand is also a quality dividend stock. KO currently offers a quarterly payout of $0.42 per share, which implies an annualized dividend of $1.68 at a yield of 3.08%, one of the highest in the sector.

Taking that into consideration, we expect Coca-Cola to continue its march higher in the near term as the Fed begins to raise interest rates and finishes up its pandemic-era bond-buying program.

Coca-Cola reported on Oct. 27 and provided upbeat guidance thanks to a favorable demand environment. For its upcoming release, consensus estimates are calling for EPS of $0.41 on revenue of $8.99 billion.