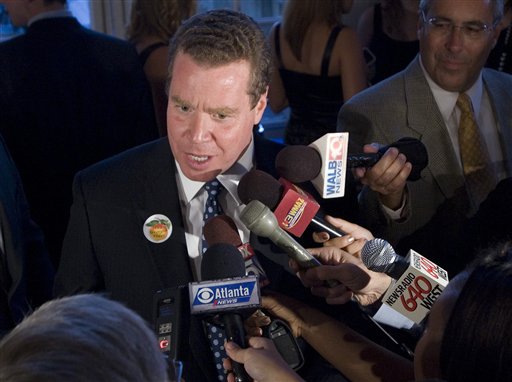 
The Georgia Ethics Commission will continue to pursue campaign-fund allegations against a former state insurance commissioner, despite a judge’s October ruling that the agency had waited too long.

In a case that has been on-again, off-again for years, the commission agreed to accept another part of the administrative law judge’s decision: The judge found that former Commissioner John Oxendine should not be charged with accepting 10 times the legal limit on bundled contributions from two insurance companies when he ran for governor in 2008, according to the Atlanta Journal-Constitution newspaper.

The judge, Ronit Walker, said that the penalties should apply only to donors, not recipients of the bundled contributions, per state law. Walker last fall found that ethics complaints alleging that Oxendine had used campaign money for personal expenses should be dropped, but state law allows the Ethics Commission to override the judge’s decision.

The commission will soon hold a hearing on the matter, according to news reports.

“The bottom line is John Oxendine took campaign money and used it to pay the down payment on his house, pay for membership dues at a private country club, and pay for the lease on his vehicle, among other things,” commission Executive Secretary David Emadi said.

Oxendine has called the cases a “waste of taxpayer money.”

The Journal-Constitution reported in 2016 that Oxendine kept $500,000 in leftover money from his gubernatorial campaign and kept contributions intended for a possible Republican runoff and general election that he never ran in after losing the Republican primary. Oxendine filed new reports in October 2015 showing more than $700,000 left over, including $237,000 in loans to his law firm.

The commission said that Oxendine used part of the loans to make a large down-payment on a house, to lease a Mercedes and Jaguar, add to his retirement account, and pay athletic club dues, officials said. Oxendine has argued that loans are permitted under state law and campaign regulations.