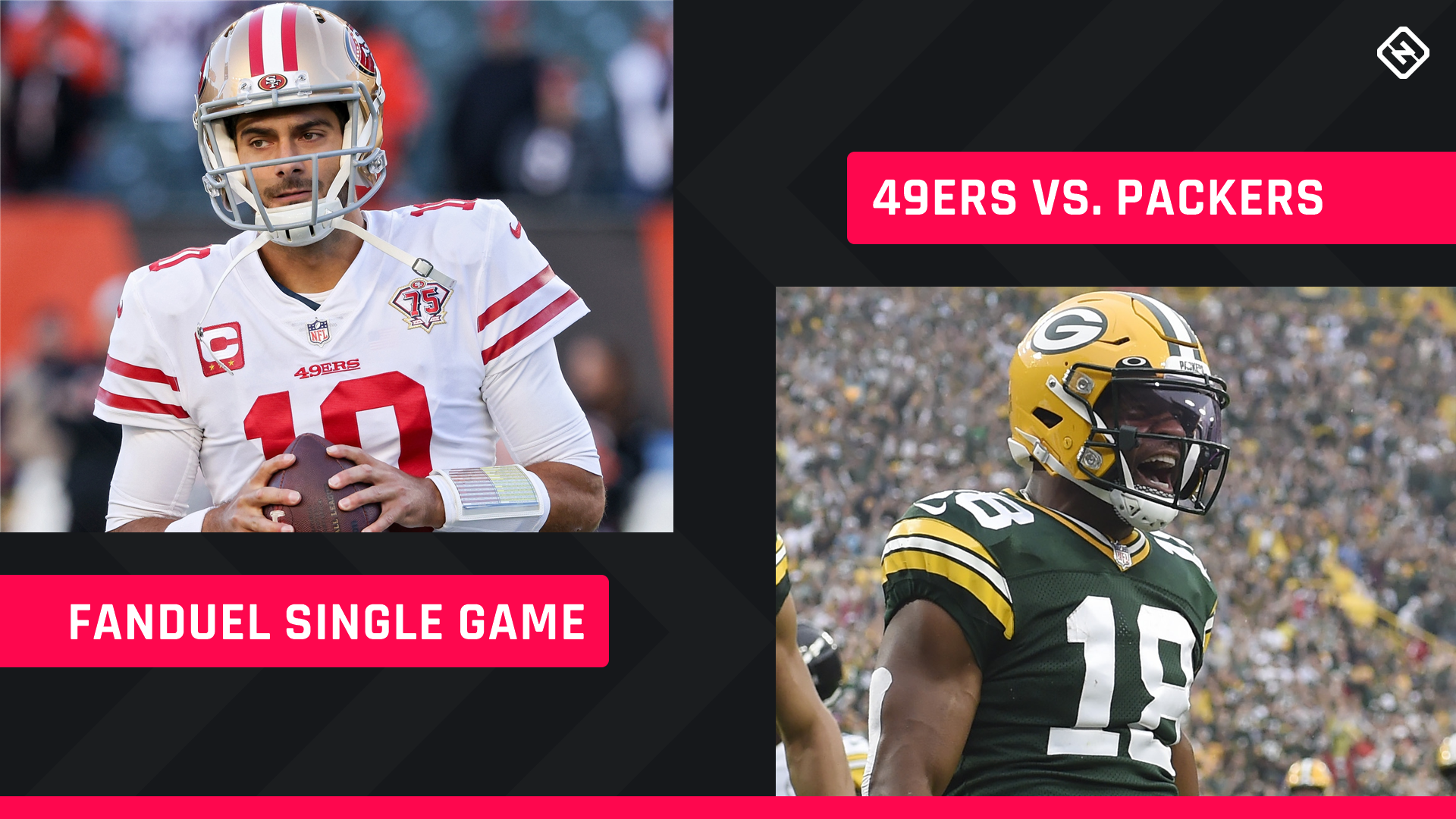 Our 49ers-Packers FanDuel lineup features two of the most obvious players, but we’re fading Deebo Samuel and the running games from both teams. It’s a major risk, but something has to be sacrificed when it comes to playoff single-game lineups. Saturday night’s divisional round game could go a variety of ways, but it will be tough to put together a winning lineup without Aaron Rodgers and Davante Adams, so let’s break down how to fit in viable picks around them.

Rodgers has averaged nearly 300 yards and over three total TDs in his past six full games, so there’s no reason to shy away from him in this matchup. You could argue for a different MVP pick, but Rodgers is likely to be involved in most of his team’s scores. It’s chalky, but if Rodgers goes off as expected, he’ll be needed in this spot.

Adams is a sure thing, and even if you’re fading Rodgers, picking Adams makes sense. He’s averaged almost nine catches, 105.7 yards, and 1.3 TDs in his past six full games. He’s just as good of an MVP pick, but we’re going with Rodgers because of his ability to run for a TD.

Garoppolo is a bit of a contrarian pick, which is rare for a QB. He hasn’t had multiple TDs in a game since Week 14, so we’re hoping he gets it together for this game. The Packers were above average against fantasy QBs this year, but they were even better against RBs, so we’ll take our chances Garoppolo can get multiple scores.

Gould has hit eight-of-eight field-goal attempts in his past three games, and he’s also had multiple PATs in those games. Even in potentially poor conditions at Lambeau Field, Gould should see his fair share of scoring opportunities.

Cobb (core) has been out since Week 12, but he’s expected to return this week to a favorable matchup. With Marquez Valdes-Scantling (back) out, Cobb could easily be Green Bay’s No. 2 receiver. Given his price, he makes sense as a stack with Rodgers and Adams, but he’s unlikely to be super highly owned.

How To Become a Highly Paid Data Scientist In India?