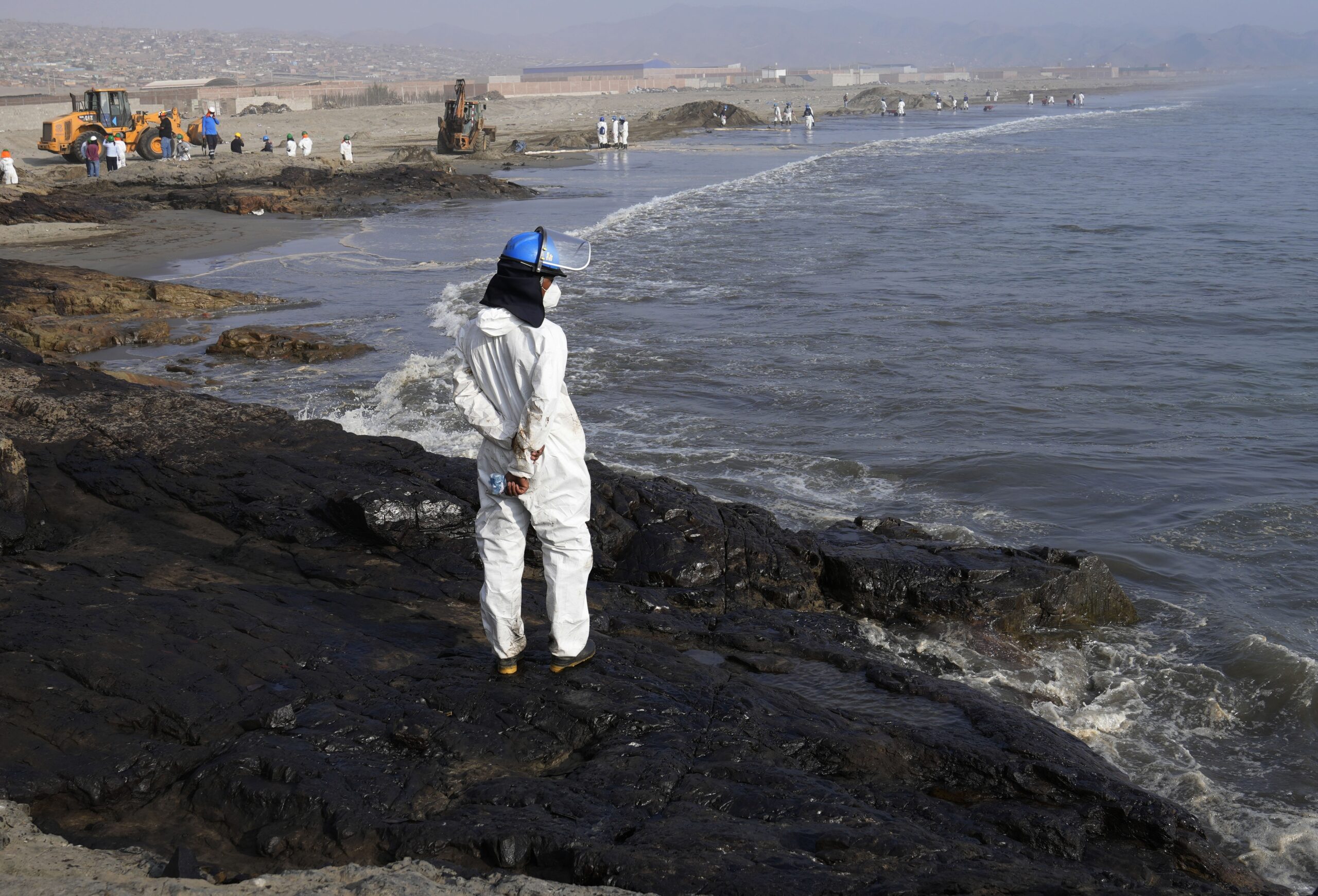 An oil spill at a refinery in Peru during high waves caused by the explosion last weekend of a volcano in Tonga is an “ecological disaster,” the Peruvian government said on Wednesday.

The foreign ministry said that the oil spill had harmed animal and plant life in protected zones over a combined area of some 18,000 square kilometers (6,950 square miles) around islands and fishing regions.

The spill from a tanker that was unloading crude at Spanish oil company Repsol’s La Pampilla refinery was blamed on unusually large waves after the massive undersea volcano explosion in Tonga some 10,000 km (6,213 miles) away triggered tsunami warnings across the Pacific Ocean.

The ministry called on Repsol to pay for the incident.

“This is the worst ecological disaster that has occurred around Lima in recent times and has seriously damaged hundreds of fishermen’s families. Repsol must immediately compensate for the damage,” the ministry said on Twitter.

Peruvian prosecutors opened an investigation into a unit of Repsol due to the incident.

Environment Minister Ruben Ramirez met with Repsol’s officials and said that around 6,000 barrels of oil were spilled, according to the company.

Peru’s Supervisory Agency for Investment in Energy and Mining (Osinergmin) said in a statement it has ordered one of the refinery’s four terminals to be shut down until the causes of the spill are determined.

La Pampilla is Peru’s largest refinery and supplies more than half of the local fuel market.

Photograph: Oil clean up continues at Cavero beach in Ventanilla, Callao, Peru, on Monday, Jan. 17, 2022. Unusual high waves that authorities attribute to the eruption of the undersea volcano in Tonga caused the spill on the Peruvian Pacific coast as a ship was loading oil into La Pampilla refinery. Photo credit: AP Photo/Martin Mejia.