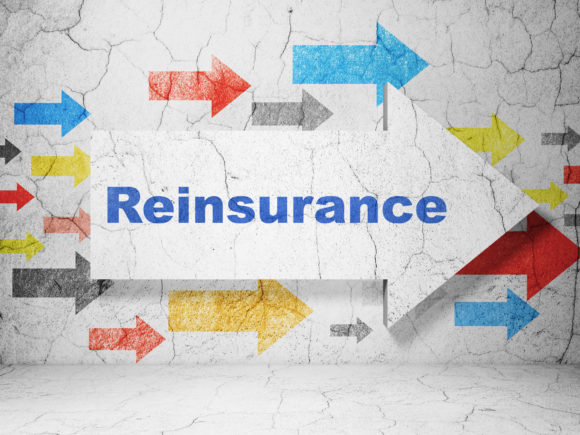 Loss-affected lines of business, such as property catastrophe in Europe, cyber or retrocession, continued to see significant price increases during the January 2022 reinsurance renewals, while loss-free lines of business attracted additional capital, which caused prices to stay stationary or fall, according to Fitch Ratings.

Although reinsurers maintained underwriting discipline throughout the renewals, “abundant reinsurance capital and appetite for growth started to put downward pressure on more attractive lines of business, potentially signaling the beginning of the end of the current hardening market phase,” said Fitch in a report titled “January 2022 Reinsurance Renewals Mixed on Price Changes.”

As an example, underwriting appetite has returned in some casualty lines, which saw more muted price changes, particularly in the U.S. “After several years of price increases and tighter terms and conditions in the underlying primary insurance business, quota-share treaties were once more attractive to many reinsurers, and they provided higher capacity this year,” the report said.

An exception to this rule was cyber insurance, which “had a severe increase in frequency last year with ransomware attacks in the spotlight,” Fitch added. “During the January 2022 renewals, terms and conditions were fine-tuned again to provide clearer wording on what exactly is covered by the cyber protection, while prices rose double-digit.”

Fitch said that property catastrophe business in Europe saw some of the highest price increases in response to the heavy flooding in Germany, Belgium and Luxemburg in July, which caused insured losses of US$13 billion.

“Aggregate catastrophe protections also became more expensive as reinsurers cut their capacity to reduce their exposure to non-peak catastrophe events, which increased in frequency and severity again in 2021 – driven by climate change.” Fitch explained that non-peak risk events include convective storms and floods. “The two costliest non-peak-risk events were winter storm Uri in the U.S., causing US$15 billion of insured claims, and the summer floods in Germany, Belgium and Luxembourg, adding claims of US$13 billion to the bill.”

Natural catastrophes cost insurers approximately UD$101 billion in 2021, said the report, quoting Swiss Re. For reinsurers, 2021 was the fifth-costliest year in history “with total large losses being 54% above the long-term average.”

Specialty lines such as retrocession saw the most pronounced price increases because “covers were hard to find as collateralized alternative capital programs continued to suffer from trapped capital and, as a consequence, from capital outflows.”

Nevertheless, Fitch said that reinsurers, which used to rely on retrocessional protection, have managed their risks by cutting peak exposures and diversifying their portfolios more strongly.

During the January renewals, reinsurers generally were focused on maintaining underwriting discipline and not putting price improvements achieved over the past few years at risk, the report continued. “Underperforming lines of business took centre-stage as reinsurers were keen to keep up with claims inflation – in property catastrophe in particular.”

Despite more than US$100 billion of natural catastrophe claims, both traditional and alternative reinsurance capital grew by 3%-4% in 2021, said Fitch.

The alternative capital space saw very strong inflows into catastrophe bonds during 2021, reporting US$12.1 billion of new cat bond notes, which the ratings agency said was a new record for this form of capital. At the same time, traditional reinsurers’ capital was up following improved underlying profitability.

Fitch expects that the reinsurance sector will slightly improve its return on capital in 2022 to above the high-single-digit return forecast for 2021, reaching a level that is broadly in line with the industry’s cost of capital.