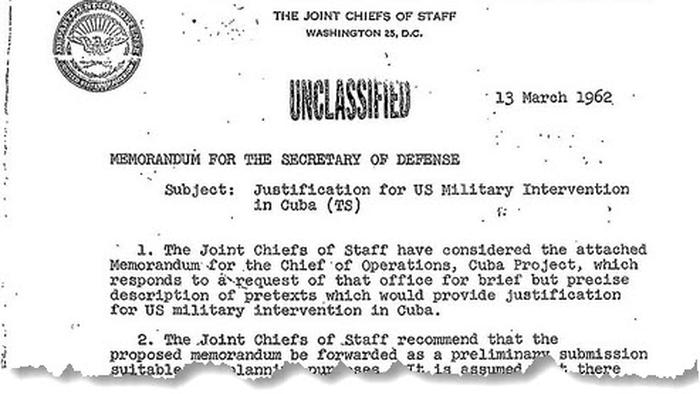 The US is warning of an imminent Russian false flag attack to justify its Ukraine invasion; Russia is warning of a false flag attack by the West against it. Welcome to the fog of pre-war. Geostrategist Luttwak says Putin is bluffing, but Western rhetoric and action suggest no chances are being taken. Moreover, Russia’s move only cements the desire for a stronger US – not EU! – security presence in states along the Russian border: to what gain to Putin, if he now retreats? One Russian source argues this is all a charade initiated by the White House to pressure Ukraine into implementing the Minsk Accords, so allowing the Russian enclaves Moscow controls enough autonomy that Ukraine’s drift Westwards is halted: but is the US that sophisticated? Who knows? But if markets can’t see the very fat tail risks involved here then that is on them.

And not just markets. As the former president of Estonia tweets:

“The UN and the Council of Europe have been utterly irrelevant, a feeble attempt was made by the OSCE, and the EU’s main contribution has been to whine about being ignored by Russia, the US, and NATO. In the future we need a rethink of which legacy institutions are fit for purpose…I remain hopeful for the EU if it learns from its irrelevancy in this security crisis. It should start now by 1) not whining, and 2) planning for a potential flood of millions of Ukrainian refugees, all of whom have visa-free travel to the EU. This is possible now without any reforms. But the EU has to get serious about security. Its expressions of shades of concern are an embarrassing joke. Its inability even to get sanctions done beyond the lowest common denominator of least nationally harmful targets is pathetic. If we see national cut-outs in case of a real war…there will never be a security dimension to the EU, ever. It will be nothing but a trading block.”

Many in Europe still can’t get their heads round the fact that the bad old days of governments and borders being changed by force are already back. Afghanistan and Armenia-Azerbaijan both happened last year, not in the 1930s, and there are other smouldering conflicts around. As argued here, ‘Even without war, Russia has defeated Europe already.’

As such it’s darkly comic to see some argue the Euro is now rivalling the US dollar as a global currency. Yes, if looked at by transaction value, but how much is country-to-country on SWIFT? And how much if excluding intra-Eurozone transfers? Crucially, if Europe is about to be led by the nose by either Russia or the US geopolitically, I don’t expect people to flood to hold EUR. Equally, ‘The Order of Lenin & Bloomberg’ to those looking at the Russian currency in terms of ‘risk premia’(!) and the current account position rather than counting missiles moving westwards.

Also looking for a false flag is British PM Boris “BYO” Johnson, being pilloried for hypocrisy, lack of focus, and –uniting the two– *only* being able to organise a drinks session in a brewery. A major cabinet reshuffle looms, although there is not much talent left at the back of the mini wine fridge. So does a spending freeze at the BBC and the abolition of the license fee from 2027, with potential options then including a subscription service (“BB-See-What-You-Pay-For”), part-privatisation, or direct government funding. In other words, if the Tories win the next election, that could be the end of public broadcasting in the country that introduced it. While the BBC, like all institutions, is choked with politically-correct middle-managers who don’t produce anything, it remains to be seen if this is the kind of “Levelling Up” policy the UK voted for.

Meanwhile, Tom Tugendhat, chairman of Parliament’s Foreign Affairs Select Committee, argues for the Atlantic Council: “As Western policymakers focus on a possible Russian invasion of Ukraine, they are turning a blind eye to another invasion: the capture of European elites. From London to Athens and far beyond, bankers, lawyers, lobbyists, and former officials have all been snapped up by the Kremlin and its allies…Western allies should establish a common set of ethical standards for former politicians to stop this “Schroederization” by restricting them from working for the state companies of hostile authoritarian states and associated firms. Across Europe, we –Western elites– should be taken off the market for kleptocrats.” If it means fewer “I was PM, you know” job options, might it focus BYO’s attention on remaining in office a bit longer? Yet only flagging Russia here is also a false flag, as is only offering ‘jobs for the old boys’: the recent British ‘China spy scandal’ did not involve actual spying – just lobbying. Which is regarded as completely legal and ethical.

Meanwhile, K-Street, where this is a normal day in the office, saw very not OK data Friday. US retail spending slumped -1.9% m/m, -2.3% excluding autos, and -2.5% excluding autos and gasoline. Industrial production was also -0.1% m/m, with capacity utilisation down to 76.5%, and Michigan consumer sentiment dipped to 68.8, with the 1-year projected inflation rate edging up to 4.9%(!) and the 5-year rate to 3.1%. Not that this stopped US 10-year yields rising back up to 1.78%, or US 2s moving closer to the psychological 1% level at 0.97%. Which part of this is the false flag for a Fed now talking about how many times it will raise rates? (As Bloomberg quotes a call for a 50bp March move.)

Whichever way the Fed goes, it will be wrong. Back off, and watch inflation expectations become more entrenched: press on, and watch things get ugly. That’s true whatever the make-up of the new FOMC – unless we hear some diverse opinions about the non-monetary origins of supply-side inflation, and the non-monetary solutions to them. We won’t: and so “In the future we need a rethink of which legacy institutions are fit for purpose,” applies in more places than one. Yet it’s a US holiday today, so all these questions can be parked for 24 hours.

However, today is all about Chinese data, where we get to see the 1-year medium term lending rate as well as property investment, fixed asset investment, industrial production, retail sales, and unemployment for December, alongside Q4 GDP. The market is expecting a continuation of the y/y trend decline in all of them. That is hardly surprising given the impact of Omicron against the backdrop of China’s zero-Covid policy (as rolling lockdowns continue); the flailing property sector (as even the giant ‘clean hands’ Country Garden struggles); debt (a problem with no good solution); and demography (such a pressing issue that a Chinese intellectual recently suggested the PBOC print money to pay for new births, leading to him being banned from Weibo). Of course, balanced against all of that is Beijing’s desire for a nice backdrop to the looming Winter Olympics, so don’t rule out the odd surprise today, even if it means little in reality.

Frankly, there are so many false flags being waved that it looks like an international semaphore competition. I am going to keep focusing on the red ones.