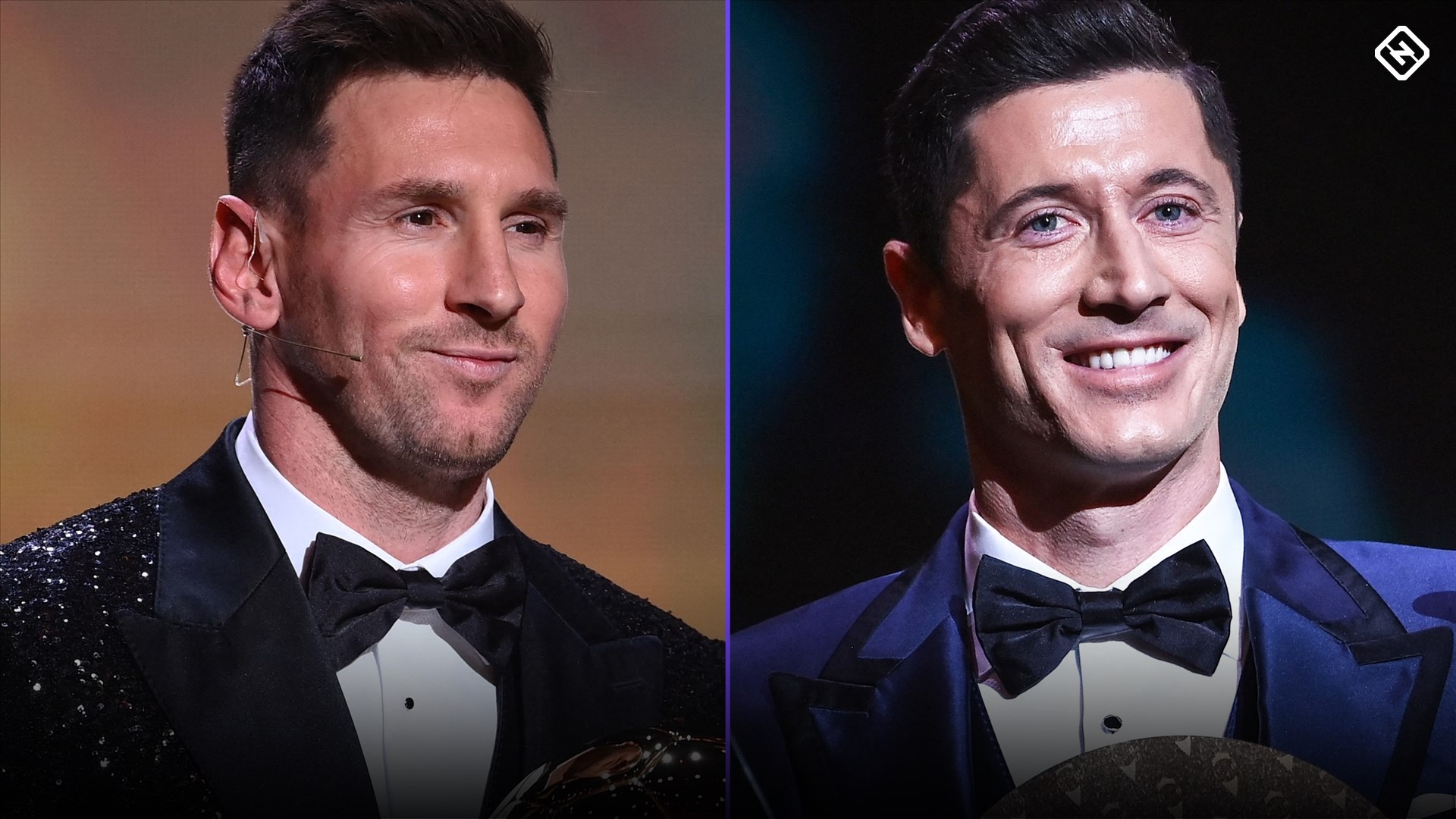 The final installment of the football awards season takes place at FIFA headquarters in Zurich on Monday with FIFA’s The Best awards. The Ballon d’Or, the Globe Soccer awards and the UEFA player awards all took place in recent months.

The men’s and women’s Player of the Year awards will be handed out, and the top coaches (men’s & women’s), best goalkeepers (men’s & women’s) and most spectacular goal will also be recognized. The player, coach and goalkeeper awards are all intended to honor achievements from Oct. 8, 2020 through Aug. 7, 2021.

All eyes will be on Robert Lewandowski and whether he can finally come away with an award that recognizes his specacular 2021 campaign. Bayern Munich’s Polish forward lost out on both the Ballon d’Or to Lionel Messi and the Globe Soccer Award to Kylian Mbappe.

Lewandowski might have a better shot at this award since the main FIFA awards are voted on by: 1) current national team coaches (one per national team); 2) the current captain of every national team (one per team); 3) one specialist journalist from each territory; and 4) fans registered on FIFA.com. Each of the four groups of votes carries the same weight (25 percent each).

The Puskas Award for the best goal in the world, the Fair Play award and the Fan Award have different voting rules.

How to watch FIFA 2022 The Best Awards

FIFA’s The Best awards will be broadcast by beIN Sports in the USA and Canada, but the broadcasts will be tape delayed until the evening.

To watch the event live, FIFA’s YouTube channel is one option as are beIN Sports Connect and the Telemundo Deportes app.

FIFA Player of the Year (Men’s)

We’ll see if Robert Lewandowski can come away with at least one award after missing out on both the Ballon d’Or and the Globe Soccer award for player of the year.

MORE: Why Messi’s Ballon d’Or win is a snub of Lewandowski

FIFA Player of the Year (Women’s)

Alexia Putellas has already won the Ballon d’Or, the Globe Soccer player of the year, and the UEFA Women’s Player of the Year awards. Hard to believe she won’t also come away with this one.

Since 2009, FIFA awarded the Puskas Award for the most “aesthetically pleasing goal, regardless of competition” and “without the result of luck or a mistake.” It’s named after the Hungarian player Ferenc Puskas, who was known for his spectacular tallies at Real Madrid.

A list of 11 candidates is first drawn up by an expert panel and the winner is voted on by FIFA legends and fans around the world via FIFA.com. Votes from the two groups (legends and fans) carry the same weight: 50 percent each.

Here are the three finalists. Click on the player’s name to watch the goal (geographic restrictions permitting).

FIFA Goalkeeper of the Year (Men’s)

Gigi Donnarumma can make it a clean sweep after also earning the Yashin Trophy for goalkeeper of the year at the Ballon d’Or and the Globe Soccer top goalkeeper honor.

FIFA Goalkeeper of the Year (Women’s)

There was no Goalkeeper of the Year award for women as part of the Ballon d’Or or at Globe Soccer in Dubai, so this will be the primary global recognition for 2021.

Barcelona’s Sandra Panos, who is not a finalist for the FIFA award, won the UEFA Women’s Goalkeeper of the Year award for European football.

The three finalists follow below. Canada’s Stephanie Labbe is arguably the frontrunner for her role in helping Canada to Olympic gold.

FIFA Coach of the Year (Men’s)

Italy’s Roberto Mancini won the Globe Soccer award and Thomas Tuchel won the UEFA men’s coach of the year in Europe. So might this be an opportunity for Pep Guardiola to claim an honor for a spectacular season with Manchester City?

FIFA Coach of the Year (Women’s)

This is probably a formality after Lluis Cortes won the three major trophies in the 2021 season with FC Barcelona. He also won the UEFA Women’s Coach of the Year.

This FIFA award has been around since 2016 and as the name suggests, it recognizes fans for an exceptional moment or gesture. This honor for the fans is voted on by the fans. Here are the three finalists:

Denmark and Finland fans at Parken Stadium: for their shows of support in the wake of Christian Eriksen’s cardiac arrest episode at Euro 2021.

German football supporters: Supporters groups around Germany mobilized to help local communities after devastating floods that claimed more than 170 lives. Borussia Dortmund and FC Koln fans were among the fans that stepped up to collect money and other donations.

Imogen Papworth-Heidel: The 11-year-old girl who created a keepy-uppy challenge to raise money for essential workers in the UK during the pandemic. She did over a million of them herself.

There are three finalists for this award, which recognizes gestures of sportsmanship, fairness and other good deeds around the sport. But it’s highly unlikely that Denmark’s men’s national team doesn’t take it this year.

Here are the three finalists:

Scott Brown: The Aberdeen player/coach was a member of Celtic when before a rivalry match against Rangers, he went out of his way to shake Glen Kamara’s hand in the wake of a racist incident Kamara experienced in European competition.

Denmark national team (players and staff): The Danish men’s team is up for the award for its collective response to the Christian Eriksen cardiac arrest at Euro 2021.

Claudio Ranieri: The current Watford coach is a candidate for having his Sampdoria team give Inter Milan the guard of honor in recognition of their clinching the Italian Serie A title.