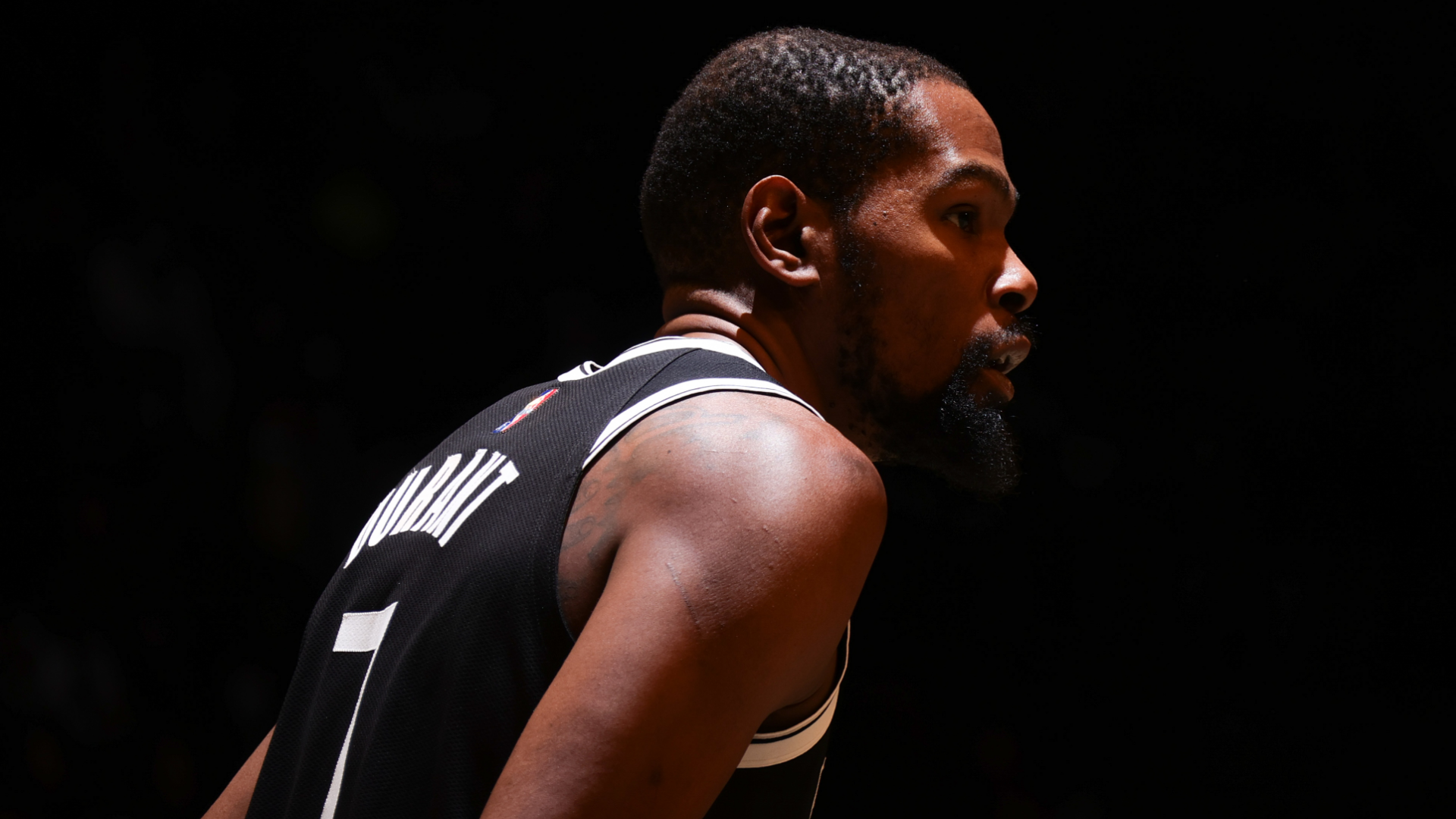 The Nets are waiting with bated breath on the results of an MRI on the left knee of superstar Kevin Durant.

Durant exited the game midway through the second quarter when Bruce Brown fell back into his left knee trying to defend a fast break situation. The Nets announced shortly after that he would not return to the game.

Kevin Durant is out for the remainder of tonight’s game due to a left knee sprain.

Durant has been playing at an MVP level for Brooklyn this season, who have had to counter the initial loss, and then part-time availability of point guard Kyrie Irving this season. Through 35 games, Durant is averaging 29.7 points, 7.5 rebounds and 5.9 assists.

The Nets were in third place in the Eastern Conference heading into the game with the Pelicans but are just 4-6 in their past ten games.

Brooklyn has had their Big Three of Durant, Harden and Irving available together for just 16 games, but they are 13-3 in those games.

What’s next for Durant? Here’s everything we know about his injury and the latest news on how long he may be out.

What is Kevin Durant’s injury?

Durant’s injury is being reported as a left knee sprain. More will be known once the results of the MRI come in.

The injury has some similarities to the one Durant sustained to the same knee back in 2017 when a collision with Zaza Pachulia forced him to the sidelines for 19 games. That injury was listed as a Grade 2 MCL sprain.

Here’s the video of the similar injury to Kevin Durant’s left knee in 2017. Obviously, that one looked worse than tonight’s.

Durant suffered a Grade 2 MCL sprain and a tibial bone bruise, missing 19 games and over a month in 2017.pic.twitter.com/GZ2zZeA5BS https://t.co/Z8Djlu1Lqy

According to ESPN’s Adrian Wojnarowski, Durant will have an MRI Sunday.

How long will Kevin Durant be out?

Using Durant’s previous knee sprain with Golden State as a guide, Durant could be looking at anywhere between two-to-four weeks on the sideline. Obviously more will be known once the results of the MRI are revealed.

The length of time depends on the severity of the sprain.

ESPN’s Nick Friedell reports that Durant is confident the injury is not as severe as the Zaza Pachulia incident.

The Nets are scheduled to play 11 of their next 14 games on the road with Kyrie Irving available for those games.