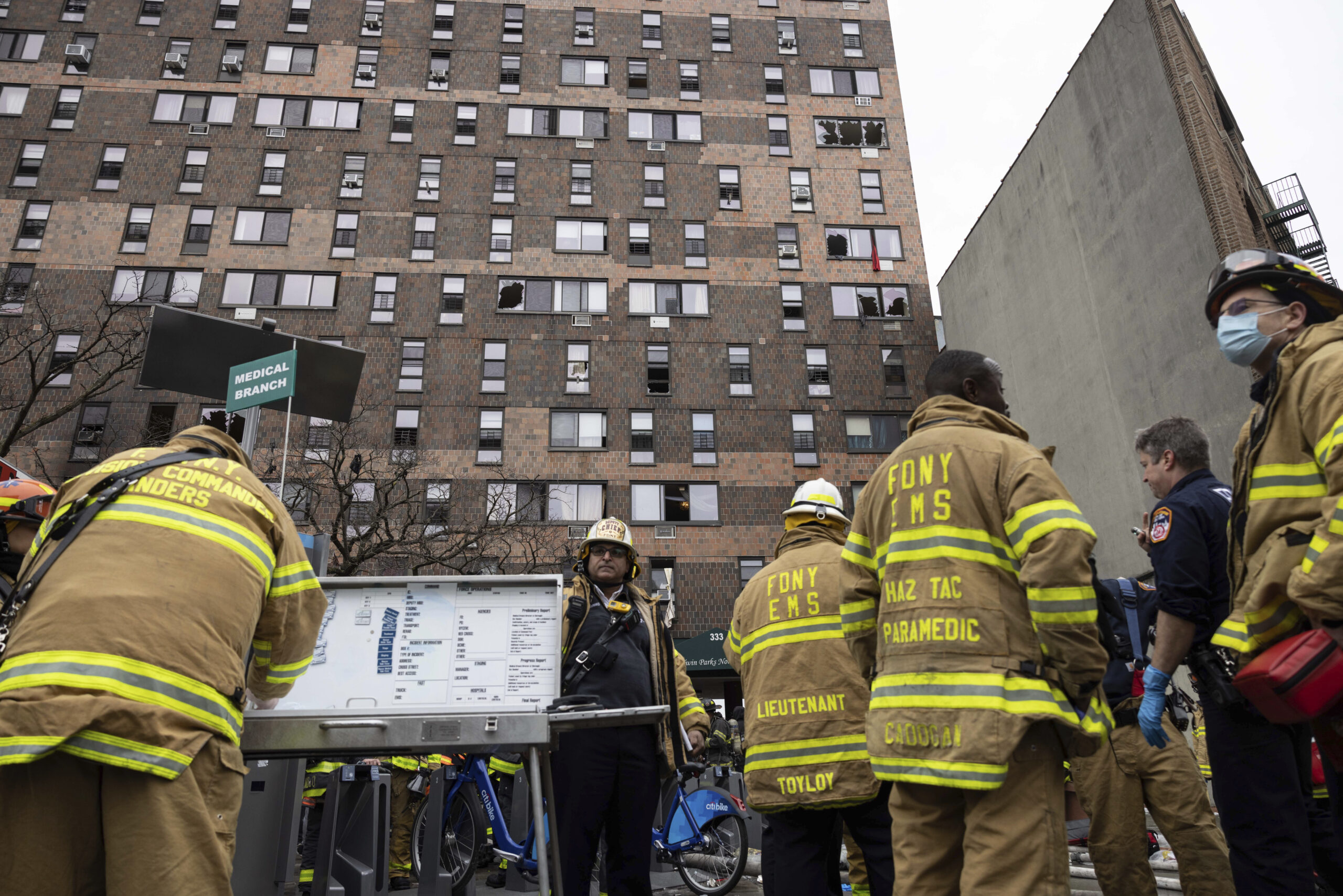 Survivors of a Bronx apartment building fire that killed 17 people last week have already filed a lawsuit, charging that the landlords knew of defective and unsafe conditions in high-rise building.

Rosa Reyes and Felix Martinez allege in the class-action suit that the owners, Bronx Park Phase III Preservation and investment groups and individuals, failed to ensure that steel safety doors were self-closing and that smoke detectors were functioning. The landlords also neglected fire escapes and electrical lines and did not have a sprinkler system installed, the complaint states.

Fire investigators have said that a space heater was the likely cause of the blaze, but that safety doors may not have been working properly to keep smoke from spreading throughout the building. The flames damaged only a small part of the building, but smoke poured through the apartment’s open doors and turned stairwells into ash-choked death traps. The stairs were the only method of escape in a tower too tall for fire escapes, according to news reports.

The suit, filed in Bronx County, alleges damages exceeding $1 billion. The complaint can be seen here.

The attorney for the plaintiffs, Robert Vilensky, blogged on his web site that city officials also hold some responsibility for what has been called New York’s deadliest fire in decades.

“The unfortunate fact of this accident is that it could have been prevented, with many lives saved, with proper municipal involvement,” Vilensky wrote. “However, the city institutions and figures we ideally should be trusting have turned a blind eye toward addressing and fixing the condition of crucial fire safety features that the building’s landlords allowed to slide.”