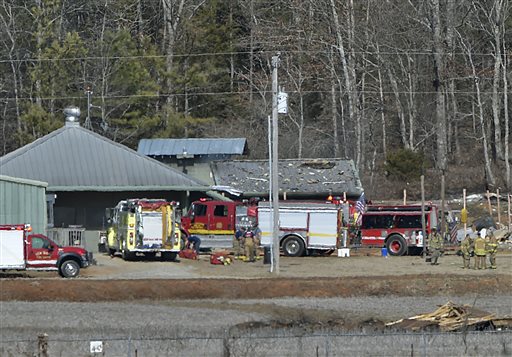 
A federal appeals court has found that an insurance carrier has a duty to its policyholders in wrongful death and injury litigation, all because an exclusion in the liability policy was poorly worded.

James River Insurance Co. must now defend a fireworks manufacturing parent company in lawsuits brought by employees and families of employees who were injured and killed in a catastrophic explosion in Alabama in 2015. The workers can sue the parent company since they were employees of the subsidiary, and the James River liability policy exclusion was ambiguous on that point, the 11th Circuit U.S. Court of Appeals decided Thursday.

“We affirm the district court’s order granting summary judgment in part in favor of the defendants and holding that James River has a duty to defend the insureds,” U.S. Circuit Judge Jill Pryor wrote for the three-judge panel in James River vs. Ultratec Special Effects and MST Properties. MST is an affiliated company.

The explosion happened on Feb. 6, 2015 at the Ultratec factory in Owens Cross Roads outside of Huntsville. Two workers were killed and four more were injured. The U.S. Occupational Safety and Health Administration fined the company more than $66,000 for safety violations. Lawsuits are continuing in state courts against the owners of the factory.

James River asked the federal district court in Alabama to declare that, per the wording of the policy exclusion, it had no duty to defend Ultratec and its parent and sister companies, nor to indemnify them.

The insurer argued that the policy excluded coverage for bodily injury claims brought by “any employee of any insured.”

But the district court and the 11th Circuit agreed with the defendant policyholders and found that the exclusion was confusing. The judges cited Alabama Supreme Court decisions from the 1980s that held that such wording could be interpreted either to mean “any one of the insureds” or could apply collectively to the whole group of insureds.

“If a policy’s terms are unambiguous, the court must enforce the policy as written. But when there is doubt about whether the policy provides coverage, we must construe the policy language for the benefit of the insured,” the appellate court wrote.

The court also said that another part of the policy exclusion, which spoke of separate coverage for the affiliated companies, did not help matters for James River. The defendant companies convincingly argued that the separation provision means that the exclusion applies separately for each insured, as if that entity were the only insured.

“Read this way, the exclusion bars coverage only when the insured is sued by its own employee;” Pryor explained in the opinion. “When it is sued by another insured’s employee, coverage exists under the policy. Because Ultratec is being sued by another insured’s employees and not its own, the defendants say, James River has a duty to defend it in the underlying action.”

The injured and killed employees were not employed by Ultratec, the parent company, so the exclusion does not bar coverage for their claims against the parent firm. James River must defend, the court affirmed.

As a side note, the subsidiary company, Ultratec HSV, appears to be immune from at least some liability claims due to the workers’ compensation exclusive remedy. The parties in the case had agreed that the workers were injured in the course and scope of their employment at Ultratec HSV. At one point in state court, Ultratec had argued that it and HSV were a “single employer group.” But the Alabama state court said that was in dispute and denied the parent company immunity under the workers’ comp statute.

Photo: Emergency personal and investigators at the scene of the explosion at Ultratec in Owens Cross Roads, Alabama, on Friday, Feb. 6, 2015. (AP Photo/Bob Gathany, AL.com)