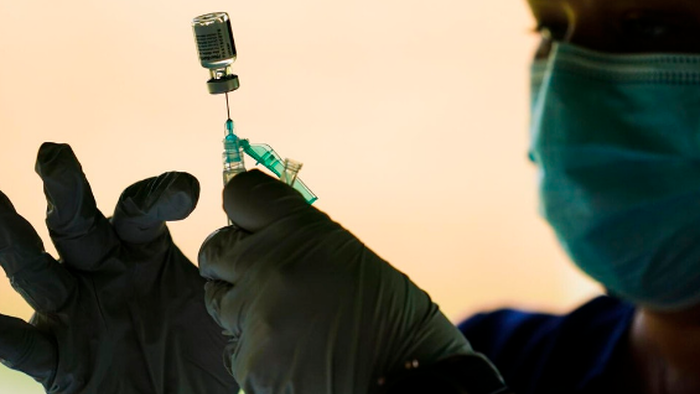 I’ve already predicted that 2022 is going to exemplify how powerful of a force both capitalism and common sense can be.

I started out the year by predicting that these two forces would catalyze a massive pivot in how the mainstream media reports on Covid.

Only days later, we are already starting to see shades of the pivot that I spoke about. CDC Director Rochelle Walensky appears to have turned her focus to people with comorbidities and “reporters” like Jake Tapper are finally admitting that not everybody hospitalized with Covid has been hospitalized for Covid.

As we look forward to what pivots could be next, I want to discuss how capitalism has helped implement current vaccine (and mask) mandates and how I believe it will also help to end them in 2022.

There’s no need to argue the main point: we all know that vaccine mandates are likely unlawful and are, at the very least, a massive infringement onto the civil rights and private health decisions of citizens.

But as vaccine mandates first started to make their way around as an idea, last year, many businesses, both small and large, willingly adopted them for one of several reasons:

Amidst the hustle and bustle of living in an American city (Philadelphia), what I’ve noticed is that many local restaurant, corner-store owners, neighborhood bodegas, hair salons, smoke shops and delis couldn’t care less about vaccine or mask mandates.

Most of these shops, many run by immigrants, posted signs indicating they were abiding by the city’s mandates while privately confiding to me to that the mandates are destructive to their business, that they never turn away a customer and that they never ask for proof of vaccination.

Many immigrants, like my Tunisian barber, tell me that they came to the United States to hustle, and that hustling simply means delivering a good service while getting as many customers in and out of the door as possible in a single day.

But the fact is there’s also certain group of business owners who are going to require vaccines and masks forever. As private businesses, this is their prerogative. Most of them probably believe, in their hearts, that they’re doing the right thing and I don’t have any gripes with that. I’m just not going to spend money at their businesses when given the choice to do it elsewhere.

And that leads me to my next point:  that capitalism and common sense are eventually going to end vaccine mandates.

Today’s blog post has been published without a paywall because I believe the content to be far too important. However, if you have the means and would like to support my work by subscribing, I’d be happy to offer you 22% off for 2022:

As I alluded to earlier, I believe that a mass pivot is happening not only in the mainstream media, but among government entities tasked with overseeing the Covid response. In short, the powers that be understand that the citizens of this country have lost our patience with their bullshit and, with mid-terms coming up, it’s probably the only time over the last 2 years that anyone in government is putting the people’s concerns over their own priorities.

This narrative shift will do a couple of things. First, after this omicron wave passes, it should hopefully stir up a discussion about natural immunity that’s about 18 months overdue. Putting vaccine mandates aside, Omicron, given its extremely infectious nature and mild effects, may wind up acting like nature’s vaccine for almost everybody anyway. People will start to understand this concept and push harder on “the science” as to why it has conveniently ignore the topic of natural immunity – which has been proven to be more robust than vaccination – thus far.

The second thing this narrative shift is going to do is allow for momentum and media support of the idea to relax some mandates and begin returning some locations that have strict Covid protocols back towards normal. Such a relaxation of Covid protocols will then empower local business owners (the ones who haven’t been completely ground into dust by Target, Wal-Mart or Amazon over the last 18 months) to relax restrictions they may have in place. This is where capitalism and common sense will take over.

As I noted earlier, you’re always going to have some business owners that are going to mandate vaccines and masks forever. That’s fine; the free market will assign them success or failure commensurate with how customers perceive those requirements in the weeks, months and years from now.

Most other businesses, in my opinion, will be anxious to “open the floodgates” to new customers in any way possible. In fact, most business owners that find themselves at the center of the vaccine debate – your average, vaccinated, masked business owner that isn’t a far right or far left wing conspiracy theorist – will find middle ground that’s practical for them and for their customers.

And practicality for many people in 2022 is going to be making as much money as possible. Ergo, many businesses are going to voluntarily remove vaccine and mask mandates, in my opinion.

From this point, I suspect that businesses who do not enforce mandates actively are going to see an uptick in business from consumers who are tired of 18 months of government lies and want to express their distaste for “the science” with their capital.

This will serve as positive reinforcement and a behavioral incentive for business owners to push back against any future mandates and to continue running a business that empowers the consumer.

Of course, my predictions here are nothing more than a product of my personal experiences living in Philadelphia.

I can only speak for myself, but I can’t tell you how many business owners I chat up on the daily that are genuinely sorry – literally apologizing to their regular customers – that they have to enforce citywide mandates.

When the same business owners aren’t being told what to do by the government, and when they realize that opening up their total addressable market and providing freedom of choice for the consumer is a successful combination, I think the trend of dropping mandates in favor of letting customers take whatever precautions they feel are personally necessary, becomes the norm.

And who can blame these business owners? They have been through hell and back over the last two years at the hands of the same people who said they were there to help them. My dry cleaner told me yesterday she doesn’t think she’s ever going to recover from what happened in 2020. She isn’t generating positive cash flow and is behind on her lease, which still has 5 years on it, due to the massive interruption of business that occurred in 2020.

Many business owners – like my dry cleaner – only enforce mandates, reluctantly, because they are afraid the same governments that forcibly shut down their businesses in 2020 in favor of allowing their customers to instead shop at places like Wal-Mart and Target will again shut them down for failing to obey their spurious mandates – and the owners simply can’t risk another financial catastrophe like the one they just lived through.

“The nine most terrifying words in the English language are: I’m from the Government, and I’m here to help.” – Ronald Regan