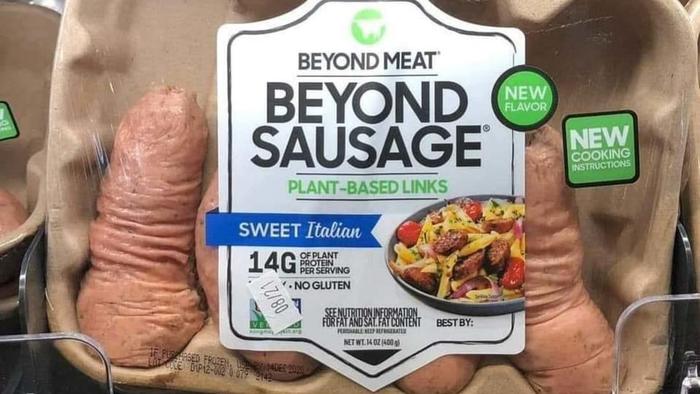 
Los Angeles-based producer of plant-based meat Beyond Meat has become one of the most shorted companies on US stock exchanges as fake meat sales underwhelm.

Short interest stands around 36% of the company’s freely traded shares, according to the latest data from financial analytics firm S3 Partners. The heavily shorted stock has approximately 20.82 million shares short. The short-interest ratio is about 8.9, which represents the number of days it takes short sellers on average to cover their positions.

Short sellers have piled into the fake meat company since June of last year, nearly doubling the number of shares short. The company reported lower than expected third-quarter sales and slashed revenue guidance for the fourth.

Short-seller Jim Chanos of Kynikos Associates, one of the world’s best-known short sellers, maintains bearish bets on the company. He recently said the company is “highly promotional” and puts out press releases “every time the CEO crosses the Street.”

The problem with Beyond Meat is that growth in plant-based meat collapsed in 2021. Maybe fake meat was just a fad?

Beyond Meat is trading around $65 per share, less than half of what it was last summer, around the time when Chanos discussed bearish bets against the company. Any good news has yet to unleash a short squeeze.

Meanwhile, fake meat competition is heating up with the likes of Nestle SA investing in vegan startups.

Data provider S3 Partners noted Beyond Meat has the highest short ratio in the Russell 1000 index.

So when does Wall Street Bets muster up its 11.5 million members and engineer a ‘mother of short squeezes’?

Profitable Investment in Digital Wallets from Cryptocurrencies in India