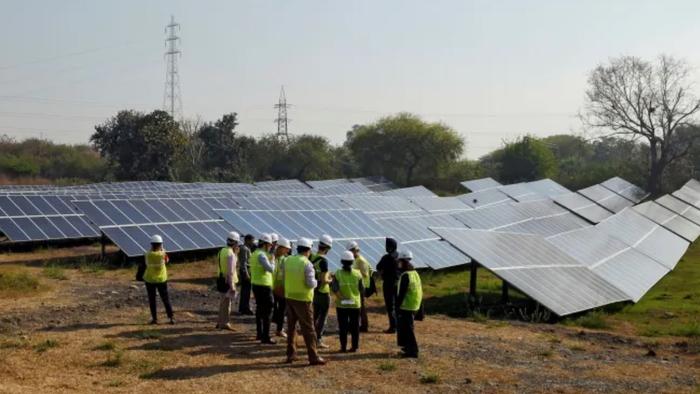 
The federal government is about to finally force Chinese companies to de-list from American exchanges for refusing to adhere to American accounting standards. And for the last five months since the disastrous Didi IPO, no Chinese firms have sought to list on the NYSE and Nasdaq, which in turn is forcing the exchange operators to look to make up that shortfall in other Asian markets.

For a time, it seemed as if the tensions between the US and China would chill US offerings involving other Asian firms from outside China. But apparently, the US exchanges are having some success at lining up deals elsewhere in the region.

Or at least that’s what they want us to think, because that’s what Nasdaq’s AsiaPac Chair Bob McCooey told the FT in an interview published Wednesday. McCooey claims that in the span of just a year, the “pipeline” of deals from his corner of the world had increased 2x or 3x.

“We think the entire region is ripe for IPO activity,” said Bob McCooey, Nasdaq’s Asia-Pacific chair. “The pipeline has grown from a handful of companies, if you asked me a year ago, into a few dozen today,” McCooey told the Financial Times. Over time the region could become as big a source of business as China was until recently, he said.

The outlook for US IPOs from Chinese companies has soured in the past few months amid mutual recriminations over the sharing of sensitive data and a crackdown on large private companies by Beijing.

However, Chinese companies are still pulling previously scheduled deals. Insurance group FWD this week became the latest firm to pull plans for a US offering after warning about the risk of intervention from both Chinese and US regulators. As for Didi, the expectation is that it will delist from the NYSE and do the offering over in Hong Kong.

To illustrate just how big of a shift would need to occur for AsiaPac business to even come close to offsetting the losses from China, consider this: Over the past year, there have been more offerings involving Chinese companies than from the rest of Asia combined.

Of course, the recent listing of Singapore-based Grab is one notable recent highlight. The company went public via the SPAC route in a deal that was announced back in April.

One major reason for the discrepancy is that India has rules that make it extremely difficult for local companies to list in the US. To date, renewables operator Azure Power is the only company based in India trading on US exchanges.

The FT also spoke with Alex Ibrahim, NYSE’s head of international capital markets, who said exchange officials had been “spending a lot of time focused on south-east Asia, more so than in previous years, and I think this will continue.”

Bottom line: both exchanges are hoping to find ways to recruit more offerings from India (perhaps they’ll find a new loophole to hoodwink gullible US investors, like they did for China with the VIE), and also Indonesia. Those countries are obvious targets due to the sheer size of their populations (and economies).  But already, Delhi-based software company Coforge is expected to list in the US next year (it already trades in India) and Bangalore-based education firm Byju is expected to list in a SPAC deal.

Still, the total addressable market for unicorns is relatively small outside China.

But smaller markets like Vietnam and Malaysia are expected to contribute to the uptick as well. There are only 80 private companies worth more than $1 billion in the Asia-Pacific region outside China, according to CB Insights.

Although Hong Kong’s exchange business is likely to get a bit of a boost from Chinese firms, the CCP’s “closure” of the Hong Kong money gateway to the west might create enough of a chill in other areas to incentivize HKEX to look for more deals in neighboring countries as well. Hong Kong has already one major victory: Indonesian delivery group J&T just listed there. The company’s currently worth $20 billion.