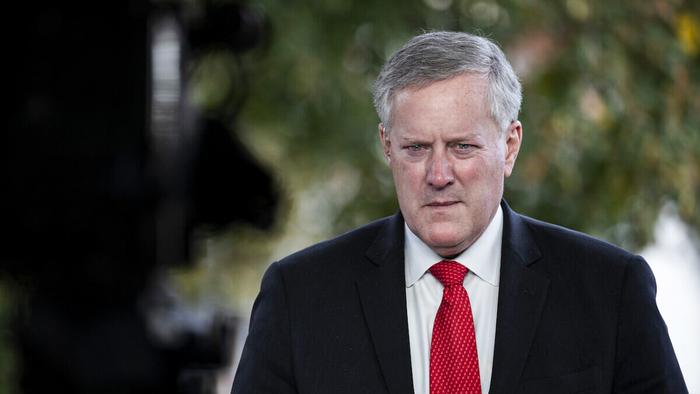 
Authored by Mark Tapscott via The Epoch Times,

A serious challenge to the House Select Committee on the January 6 Attack on the United States Capitol is growing via former White House Chief of Staff Mark Meadows’ suit against subpoenas for information he claims the panel has no legal authority to seek.

In his suit filed Dec. 8 in the U.S. District Court for the District of Columbia, Meadows asks for “declaratory and injunctive relief to invalidate and prohibit the enforcement of two overly broad and unduly burdensome subpoenas from a select committee of the U.S. House of Representatives (the ‘Select Committee’) issued in whole or part without legal authority in violation of the Constitution and laws of the United States.”

“The Select Committee acts absent any valid legislative power and threatens to violate longstanding principles of executive privilege and immunity that are of constitutional origin and dimension.”

The Meadows suit thus challenges both the scope of the subpoenas—which demand stacks of White House documents and both official and personal text and email messages to and from him—and the legal standing of the select committee.

President Donald Trump, next to White House chief of staff Mark Meadows, speaks to reporters upon arrival at Andrews Air Force Base in Maryland on Sept. 3, 2020. (Mandel Ngan/AFP via Getty Images)

Challenges to congressional subpoenas as overly broad and unduly burdensome aren’t unusual, but the context of the Meadows claims invites the federal courts to decide, among much else, whether Speaker of the House Nancy Pelosi (D-Calif.) abused her office by steering the committee away from legitimate legislative purposes through her power of appointment.

The select committee was established by the House of Representatives with passage of H.Res. 503 on a 228-190 vote. Pelosi introduced the measure and all Democrats but only two Republicans voted for the measure. It stipulated a 13-member panel, with five appointed by Pelosi in consultation with House Minority Leader Kevin McCarthy (R-Calif.).

But Pelosi objected to McCarthy’s selections and instead appointed the two GOP members—Rep. Liz Cheney of Wyoming and Rep. Adam Kinzinger of Illinois—to join seven Democrats.

All nine of the panel members—including Chairman Rep. Bennie Thompson (D-Miss.)—voted to impeach President Donald Trump and have publicly held him responsible for the Jan. 6 incursion at the Capitol.

McCarthy’s statement condemning Pelosi’s actions described them as “the unprecedented step of denying the minority party’s picks for the Select Committee on Jan. 6. This represents an egregious abuse of power and will irreparably damage this institution.”

Her actions, McCarthy added, robbed the select committee of “all legitimacy and credibility and shows the Speaker is more interested in playing politics than seeking the truth.”

The argument that the select committee lacks legitimacy was heard again during Tuesday’s House debate on holding Meadows in contempt and referring his case to the Department of Justice for prosecution. Meadows could face a year in prison and fines of up to $100,000 if convicted.

“This isn’t nit-picking. The Supreme Court has found that a select committee must follow its own rules to act with legal force. So we have the select committee as it exists legally and on paper. And then we have something completely different. I don’t know what to call it but it doesn’t resemble the select committee that Democrats voted to pass on the House floor. It’s just nine members picked by Speaker Pelosi.”

The Supreme Court is seen in Washington, in a file photograph. (J. Scott Applewhite/AP Photo)

In his suit, Meadows went into great detail in describing why he contends the select committee lacks authority to issue the two subpoenas and indeed to conduct any of its activities, including a deposition of the former White House Chief of Staff.

“The Select Committee, however, is not an authorized congressional committee because it fails to comport with its own authorizing resolution, House Resolution 503. Congress’ failure to act in accordance with its own rules is judicially cognizable. Yellin v. United States, 374 U.S. 109, 114 (1963). This is particularly significant where a person’s fundamental rights are involved,” the Meadows suit argues.

Chief Justice Earl Warren said in his summary statement of the High Court’s opinion in the Yellin case that “the [House Committee on Un-American Activities] prepared the groundwork for prosecution in Yellin’s case meticulously. It is not too exacting to require that the Committee be equally meticulous in obeying its own rules.”

But, Meadows points out, “the Select Committee has no ranking minority member, Chairman Thompson failed to make the requisite consultation before issuing the subpoena that compelled Mr. Meadows to appear for a deposition.”

As a result, the Meadows suit argues, “the ordering of Mr. Meadows’ deposition runs afoul of the Select Committee’s authorizing resolution, making it invalid and unenforceable.”

USD/JPY Rate Approaches Yearly High Ahead of US PCE Report