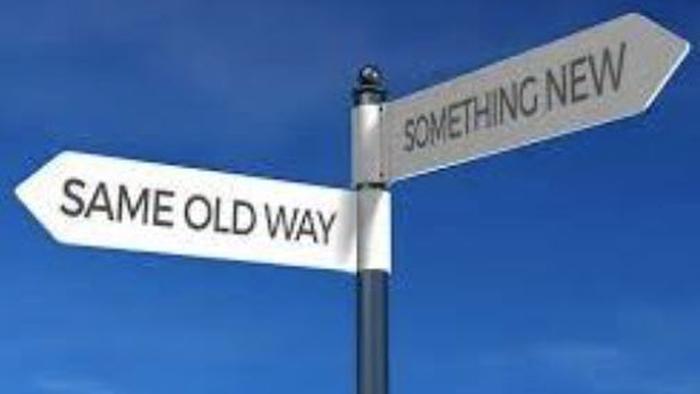 “The future may dimly be perceived through the veil of the past”, sounds like bad poetry, but has a point. The confusions and conflabulations that characterised 2021 will likely set the tone for what’s coming – what were the key themes of 2021? Best to understand them before trying to fathom what comes next.

It’s mid-December and at this time of year strategists are expected to pontificate on next year’s outlook. Instead, let’s look back on 2021…. It’s been an “interesting” year in the Chinese sense of the expression. Yet everything that rocked markets was pretty much a known unknown: like politics, inflation, and price distortion. Aside from the apparent madness of meme-stock trades (very profitable for the smart ringleaders), there were no major black-swan or “no-see-um” events. Maybe these are coming?

Most days I start by trying to find something interesting to say in the Morning Porridge, trying to answer the question; what are Markets going to do next? How do a host of seeming disconnected factors like politics, economics, consumers, corporates, invention, innovation and expectations combine to drive markets?

I’ve been writing the Morning Porridge for 14 years. Back in 2007, Lehman Brothers was a leading investment bank, GE was a top 10 global firm, electric cars were found in fun fairs, no one was worried about Greek debt, and “disruptive” was something you called your friends’ kids. Nothing really shocks me anymore, but I can still be surprised.

For what it’s worth; I reckon markets and the world are likely to become even more unpredictable and unstable in ‘22 – but that doesn’t mean there won’t be opportunities galore! But, that’s a story for tomorrow.

Tomorrow – Subscribers will be receiving my Outlook for 2022.

Today – I thought it might be useful to go over what we’ve learnt in 2021.

Over the year I’ve covered a host of topics – from inflation, rates, stocks, commodities, viruses, aircraft, shipping, politics, geopolitics, cyber-war, good companies, bad firms, big tech, ESG, climate and market moves. Some comments have dealt with immediate market impact, others with long-term consequences, some that are macro long-term themes, others of more micro significance, while some of my ramblings have been little more than flights of whimsy – that may or may not have critical market implications.

What were the important themes for 2021?

Market Distortion: The big theme remains how the price of all financial assets remains grossly inflated both on a relative and outright basis. Monetary distortion warps the basis of everything we think about capitalist free markets, and not in a good way. On a relative basis, stocks look cheap to bonds, but bonds remain outright massively expensive.. meaning… so are stocks! Basically… artificially low bond yields screw up everything. Unravelling the distortion is something Central Bank are ultra cautious about – for good reason.

Distorted financial asset prices create all kinds of unintended consequences – from stalling the normal “business cycle” by allowing obsolete zombie companies to survive, stifling and distorting business evolution, to facilitating the misdirection of capital within the economy. Massive distortions in values lead to the kind of crazy expectations and to drive speculation such as we’ve seen in meme stocks and crypto. Ultra-low interest rates are precipitating a major crisis for pension savers, forcing investors to take more risk for lower returns. Ultimately, distortions are unsustainable – but so would crashing the market.

Markets: New Highs have characterised the headlines – even after apparently negative events. The reality is increasing dispersion of returns – take a look at the number of tech and IPO stocks that are tumbling. Irrational exuberance is one expression, but markets expect central banks will continue to support them. Stock market gains are now running way ahead of productivity, earnings and economic growth. The laws of mean reversion remain on the market’s statute book.

Inequality: for the last 12 years momentary distortion has made the rich richer, and the rest of us relatively poorer. Rising inflation is accelerating relative wealth inequality. History tells us inequality drives markets, but also unrest. The rise of the Reddit investment thesis, the societial effects of FOMO investing – I’ve talked about the social media pressures on young people to join the easy money game many times, meme stocks and the success of the libertarian thread to crypto all highlight growing distrust of finance. It’s a factor that could well bark and bite markets. While woke is increasingly unfashionable as an expression, a sense of unfairness and “its not my fault” is spreading. I was taught “it’s never anyone fault but yourself”, anyone under 30 seems to believe “it’s never your fault”.

The US: The US economy performed strongly through the year, until virus variants, supply-chain exhaustion and uncertainty pulled it back in Q4. The big disappointment has been American Politics – which increasingly look unsolvable. The system is even more polarised and broken than before the 2020 election. A Blue vs Red political civil war is generating increasing instability. While the Alt-right purges moderate Republicans, they’ve undermined right-leaning Democrats and made Biden’s slender majority unworkable. Far from Trump being swept away on tidal waves of “lets-move-forward”, his grip on the party through Congress appears to have hardened. There is little confidence the US can sort itself, yet the dollar has thus far confounded fears of politically driven weakness.

China: China is also caught in shifting politics tides. President Xi hardened his political control of the CCP, and brought to heel sticky-out-nail entrepreneurs and celebrities as part of his new social co-prosperity levelling pact. How China will continue to generate growth in the face of coronavirus, a bursting property bubble and growing international pressure has been one of the big stories of the year.

Europe: The ECB established fiscal sovereignty over EU members via the issue of its social recovery programme: play nice with Brussels, and it will fund you. Yet the impetus for further political union is waning after Germany’s new government, and Macro being circumspect ahead of French elections. The ECB is no hurry to raise rates as so much of Europe’s economy remains slow – but rising inflation could create a serious divergence and reemergence of Euro Sov Debt problems.

UK: Oh dear. A resilient nation but a gaffe-prone leader who can’t help himself from making horrendous mistakes as corruption, entitlement and incompetence undermine the government even as the virus rages. The rest of the UK sighs, looks the other-way, and muddles through. It’s too easy to just blame Boris.. but hey-ho. Blame Boris.

The Pandemic: It’s been a year of variants keeping us guessing; Alpha, Delta, Omicron. It’s not about illness or deaths, but the optics of infections swamping health services. But patience with the costs and restrictions of lockdowns is increasingly driving pushback – creating fertile ground for political populists to drive the narrative. Covid remains a massive potential trigger for stagflation.

ESG: The relentless and ill-informed drive of the E in ESG has spawned major inefficiencies in the global economy as the push for renewable energy has created an energy crisis during the transition phase – a severe shortage of gas. Increasingly the public perceive holes in what ESG is, and understand greenwashing. (Read this article from Businessweek: The ESG Mirage.) How can McDonald’s, generates more emissions than Portugal via its supply chain (54 million tons), increasing 7% over four years, have its ESG rating upgraded by MSCI? The article says half of companies that received an ESG upgrade last year on the back of optimising/tweaking their scores via methodology changes, restating existing policies, and reweighting – and doing nothing to save the planet.

Corporates: Through 2021 I wrote many times about good and bad corporates, emphasising deeply unfashionable issues like the fundamentals of earnings and profits, the erosion of competitive moats, and regulatory threats. I reiterated how Boeing is possibly the worst failing corporate on the planet – and one of its big mistakes was Corporate Stock Buybacks, which are very much back on the agenda for many firms. 20 years ago Boeing was the 8th largest global company – today it should be in jail.

In the Porridge archive you can real all about Tesla, Apple, Facebook/Meta, and a host of others under the cosh for a range of reasons.  You have to feel sorry for Pelaton – the stock crushed by the death of a TV character after one of its exercise sessions, but the reality is unprofitable companies relying on faddish customer acquisition strategies to create “value” will struggle. (That’s what I mean about still being surprised. Imagine if Tesla admitted there is a tiny-little coal burning power station in every battery… Just saying…)

Bitcoins and Meme Stocks: The spectacular rise of Bitcoin and meme stock crazes makes little sense to those of us too clever to understand them. If we were really smart, we’d have gone long and started a thread ourselves.. I dared to criticise the CO2 emissions of Bitcoin and was shouted down by a crypto-fan boy for not equally denouncing the energy and environmental damage done by Gold mining. Fair point.. but. It would seem the crowd can’t be bothered with facts or fundamentals.. but simply believes it will get rich because others say they will.

Climate Change: Two factors really stand out; the COP26 climate change conference which failed to achieve as much as was hoped but highlighted rising environmental populism, and the weekend Tornados across the US as yet another example of rising climate instability around the globe in terms of storms, drought, floods, fires and temperature. Things are unlikely to get suddenly better. The climate looks increasingly chaotic. Environment pressure is going to mount, and that raises the risk of transition strategy errors – which are already happening with our misguided reliance on wind.

Geopolitics: The Afghan Skedaddle was an embarrassment all round – and certainly costs the US some credibility. Current hot spots around Ukraine and Taiwan are well watched, but it seems more likely a flashpoint event or local will emerge elsewhere. The Geopolitical threats through 2021 never really materialised into a market threat – but what would happen to markets if/when someone pulls a trigger?

Investment Themes: Those that are first shall be last.. as last year’s stock picking darling Cathie Wood and ARK have discovered this year. They are learning a couple of years of stellar returns counts for little when the numbers reverse. The expression she is looking for is “long and wrong”. Saying something is disruptive doesn’t mean it will make you rich. Themes seldom last long.

It’s been challenging for all investors in terms of picking themes when the market just wants to go up and up. Long-term buy and hold vs Macro or Micro themes? The critical importance of solid due diligence was highlighted by the collapse of Greensill and the slow lingering drawn out, and we trust painful, death of the Gupta empire.

Plus: I touched on a host of other stuff this year. Did you know the last A380 superjumbo will enter service this week – a full year before the last ever Boeing Jumbo B-747 rolls out. Hydrogen aircraft are a big buzz story – but are 15 years away. The documentary Seaspiracy played to the concerned crowds, but was a fine piece of militant vegan propaganda. Credit Suisse wins the award for being most accident prone financial institution. Scotland’s currency choices? How to invigorate medicine away from Covid to curing cancer, diabetes, and obesity.

These are just a few of the market scenes that stood out in 2021 – thinking about them this morning informs my thinking for next year.. Which I will scribble up tomorrow..