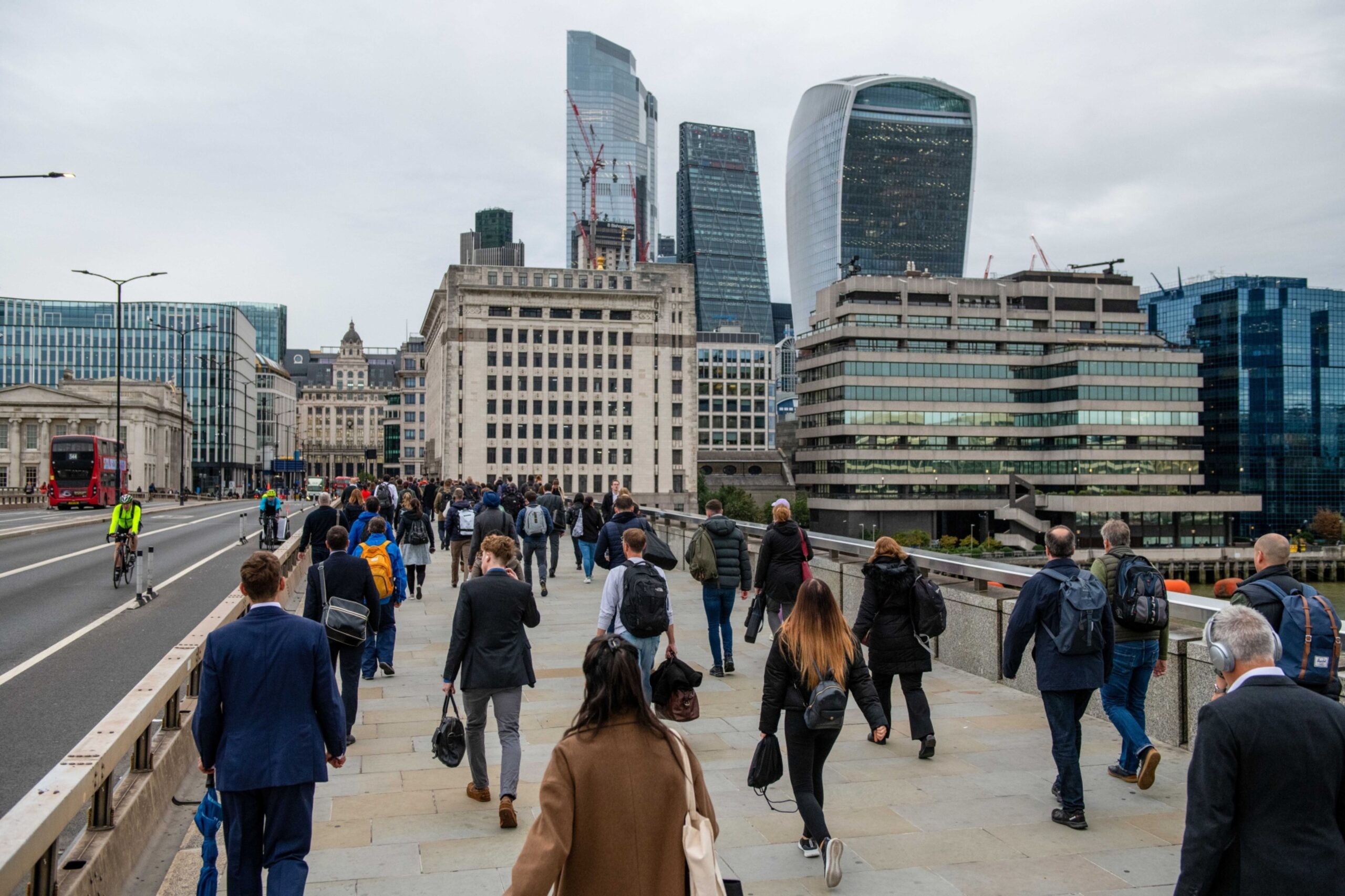 
The fastest wage gains since the 2008 global financial crisis are throwing up opportunities and obstacles throughout the UK economy, leaving workers to wonder how much they’ll ultimately benefit.

Underlying wages, adjusting for distortions caused by lockdowns and the furlough program, are rising 4.5%, according to Bank of England policy maker Michael Saunders. He expects them to pick up again over the next year as companies battle one of the rich world’s worse labor shortages.

That means those most likely to get a rise are in industries where the labor staffing squeeze are most acute.

According to an analysis published on Tuesday by the UK Treasury, they are construction, manufacturing and hospitality. The number of unemployed people with the relevant skills per job vacancy has fallen further since the pandemic in those industries than any other.

There have also been large declines in the unemployment-to-vacancy ratio in logistics, administration and health and social work. In theory, workers in those jobs will be most successful when asking for a rise, as the stories about truck drivers on 50,000-pound ($66,000) salaries and signing bonuses for restaurant workers attest.

The Treasury figures bear it out. Pay for the “median” typical worker in logistics, manufacturing, administration, and health and social work has risen between 4% and 7% in the past year, faster than the current 4.2% rate of inflation.

The analysis also suggests those in highly skilled jobs are equally able to bid up their wages. 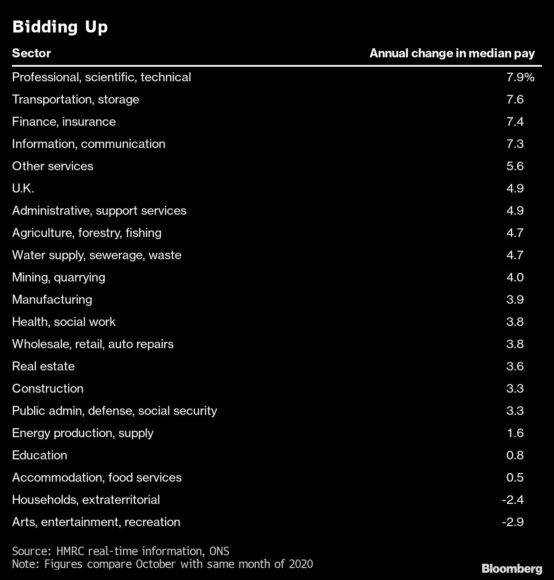 In both the “information and communication” technology sector and the “professional, scientific and technical” sector such as medicine, there has been a shortage of skilled workers since before the pandemic.

Pay in those industries has risen fastest of all, by over 7% in the last year. Right behind them is the financial services sector. Bankers and those in insurance have seen wages rise 7% despite the jobs market in those sectors getting looser since COVID-19.

For workers and trade unions worried about the squeeze on living standards, the rise in wages is something to celebrate. But for the inflation-wary BOE, it’s a cause for concern that is widely expected to prompt an interest-rate hike next year before other major central banks.

The one area where the squeeze on living standards is likely to be felt is the public sector, where the Treasury appears keen to avoid a more aggressive response from the BOE.

The analysis came in a presentation to the pay review bodies, which will propose a three-year settlement for around 2.5 million public sector workers early next year.

It drew attention to the BOE’s warnings about a wage-price spiral and said that above inflation pay rises “would exacerbate cost of living pressures.” It also warned that it may then trigger “significantly tighter monetary policy to address, which would also harm growth.” 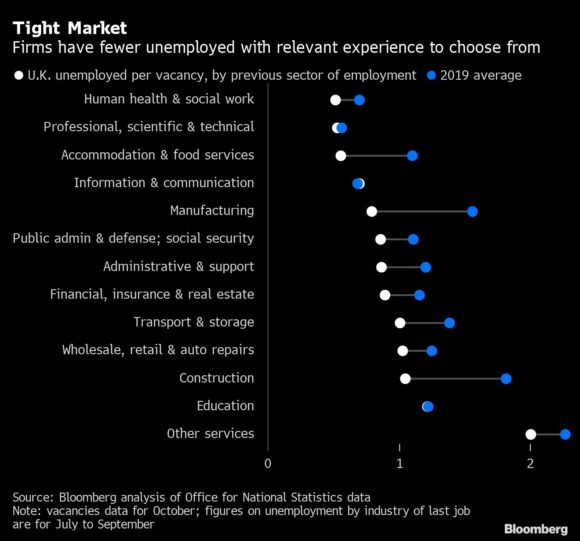 The public sector, though, is the one section of the UK workforce where unions still wield power. Half are unionized and prepared to take collective action on the back of national support for key workers like nurses and teachers soaring since the pandemic.

London Underground has begun a series of planned strikes over working terms, university lecturers have been striking over pay and pensions, and a poll this month by the Royal College of Nursing found that half of the nurses who responded are willing to strike over pay.