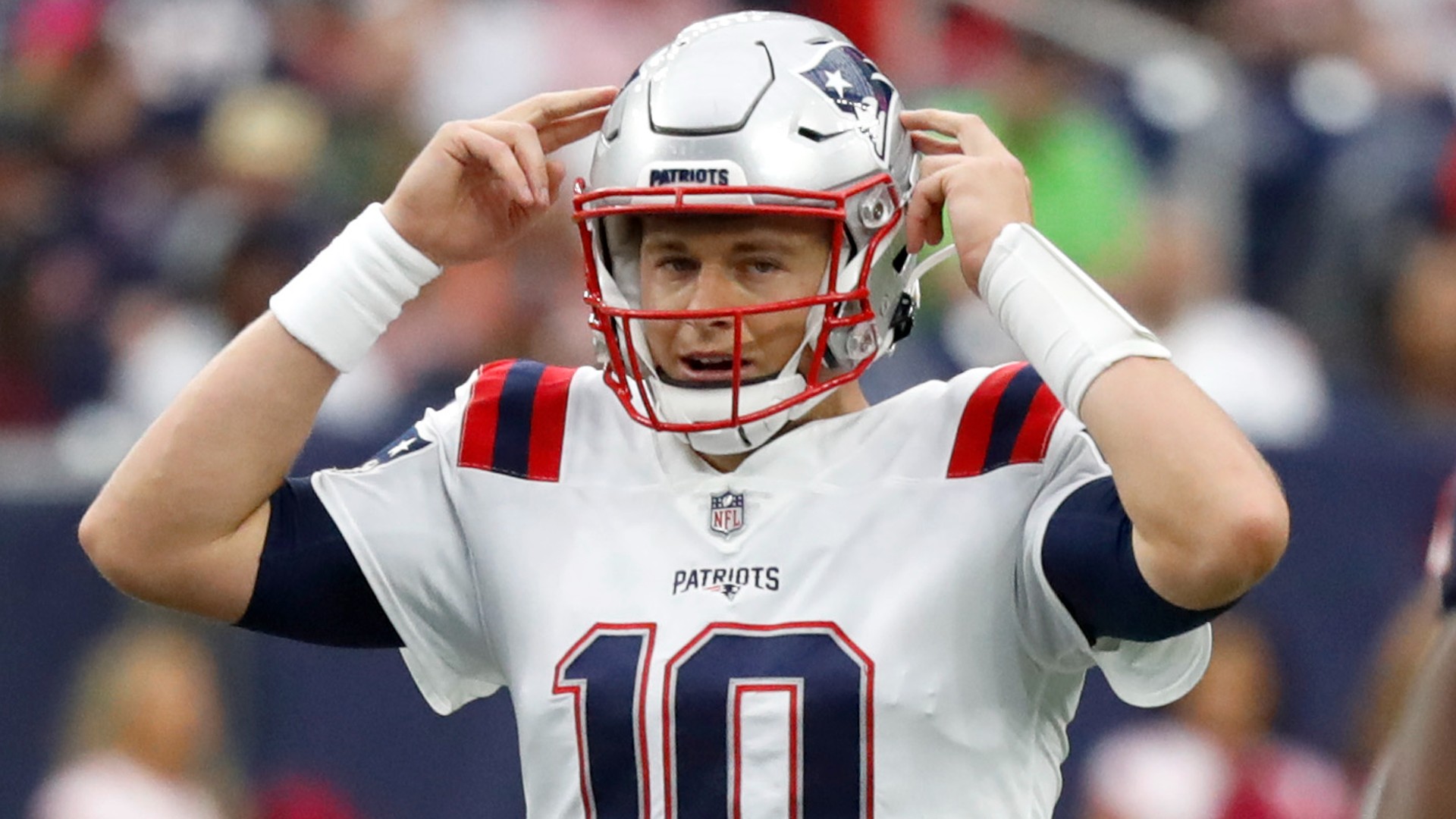 Peyton Manning revealed on the “ManningCast” that he had requested to interview Mac Jones before the Patriots played the Bills on “Monday Night Football” in Week 13. The Hall of Fame quarterback was rebuffed.

Manning explained that he had reached out to Patriots PR to try to get Jones for an interview, but he was unable to do so. Jones marked the first quarterback to turn down an interview with Manning, but it didn’t bother him. In fact, he saw the move as one that could benefit Jones during his career.

“I got to tell you: I appreciate how they’re handling Mac Jones,” Manning said. “They are trying to protect him and give him as few off-the-field distractions as possible. Let him concentrate on playing football. So, yes, I did get denied. It was the first quarterback I haven’t talked to, but I appreciate it.”

Why exactly didn’t the Patriots want Jones to do the interview with Manning? Jones discussed it during a Tuesday appearance on WEEI 93.’7’s “Merloni & Fauria.”

“I texted him or whatever,” Jones told hosts Lou Merloni and Christian Fauria. “I am not going to get into any details, but I think we were just focused on the game. The Patriots do a great job of just helping me stay focused on what I need to stay focused on. I was like that in college, too.”

NFL PICKS WEEK 14: Against the spread | Straight up

Fair enough. The Patriots have babied Jones a bit both on and off the field during his rookie season. He hasn’t made many media appearances outside of his weekly pre- and post-game news conferences, so the Patriots are probably just easing him into the media circus that comes with being part of the NFL.

So, it was nothing personal between Jones and Manning — or the Patriots and Manning. Still, Jones wanted to make sure that this was in no way, shape or form construed as a dig at the Mannings, so he spoke about his positive relationship with the family during his radio appearance.

“They’re great people,” Jones said. “I’ve been in contact with them throughout the whole process, even Archie (Peyton and Eli’s father), too. He’s a great resource to me.”

MORE: How the Patriots beat the Bills while throwing just three passes

We’ll almost certainly see Jones talk to Manning at some point, given their established relationship. It just doesn’t seem likely to come this year, as Jones focuses on leading the 9-4 Patriots and current No. 1 seed in the AFC on a deep playoff run.