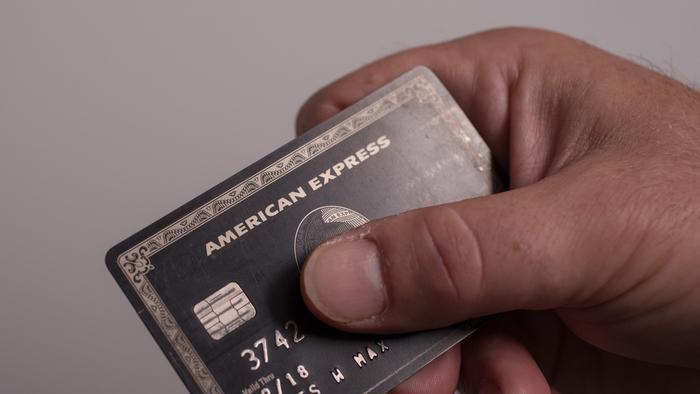 
Credit card wielding American consumers — the US economy’s main driver — may show up in force this holiday season despite the Omicron COVID-19 variant scare. Even though Black Friday and Cyber Monday sales were dismal, American Express Co.’s CFO Jeff Campbell told attendees at a conference on Tuesday that retail spending this holiday season will be well above pre-pandemic levels, according to Bloomberg.

Campbell said retail spending on AmEx cards, one of the most reliable proxies for holiday spending, has already jumped a whopping 30% compared to pre-pandemic levels (2019). He said, “it’s early we’ll have to see what happens with Omicron,” but spending trends so far “look very, very strong.”

Campbell said that the fourth quarter’s overall billings, including services such as travel and entertainment, have increased 11% on AmEx’s cards compared with the same period in 2019. He said this is an “improvement from the third quarter.”

“If we had this chat six months ago, I would have said, ‘Well, as we get into 2022, I’d expect our marketing spend to come back down to levels closer to where it was pre- pandemic,” Campbell said. “I’m not saying that anymore, because we see a real opportunity that we’re taking advantage of here.”

Consumers are unphased by the new Omicron variant, and fears of it becoming more deadly than Delta appear to be overblown. Top US scientist Anthony Fauci said early indications show the new strain is not worse than prior strains, possibly even milder.

“It almost certainly is not more severe than Delta,” Fauci told AFP in an interview. “There is some suggestion that it might even be less severe,” he added.

Even with higher inflation, some of the worst in three decades, consumer resiliency continues chugging along. In a separate report, US homeowners are tapping into home equity at rates not seen since the beginning of the credit crisis (2007).

We might add that one needs to be careful when examining retail sales because inflation pushes the price of goods and services higher, forcing consumers to spend more. So while retail spending may be rising, it could be due to inflation and might not necessarily reflect a much stronger consumer than pre-pandemic.